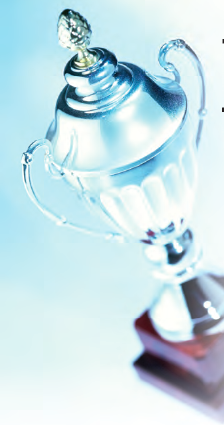 No matter what type of pizzeria you operate, holding employee contests is an effective way to increase sales and staff morale. There are as many ways to tailor an employee contest to enhance your operation as there are styles of pizza served around the world, so finding the right fit will require effort—but many operators say it’s a worthwhile investment.

Dave Melton opened the first Manhattan Domino’s (dominos.com) franchises in 1989 and has succeeded in a highly saturated pizza market with astounding success. Entering an industry with a 150% turnover rate, he immediately changed the way he treated minimum-wage employees. Since then, many of his once-minimum-wage employees have gone on to move up the Domino’s corporate ladder. Melton authored the book Hire the American Dream, detailing his success for other businesses, and showing employee incentives as the cornerstone of his success. “It’s one of those circular self-fulfilling things: As people reach goals for themselves, it helps the business run better, customers get better service, and sales go up, so everyone is happy,” Melton says.

Across all operations and contest types, there is a standard for success, what Melton refers to as SMAC (Specific, Measurable, Achievable, Compatible). “You need to be specific—you can’t have goals that aren’t clear to the people you’re trying to motivate,” Melton says. “It can’t be something like, ‘raise sales’; it should be, ‘get sales to $20,000 this week.’ It has to be measurable so you can decide whether you made it or not.”

Patrick Cuezze mistakenly set a goal his employees couldn’t relate to in the first few months after opening Next Door Pizza (nextdoorpizza.com) in Lee’s Summit, Missouri. Cuezze’s staff had asked him to install a touch-screen ordering system, and he agreed to put one in if they raised the average add-ons per day from $86 to $100. “It was so ambiguous, even though I would post the stats everyday, they didn’t see a direct impact,” Cuezze says. “Because they didn’t see a direct impact on what they were doing, they didn’t work hard toward the goal.”

Working with a staff of young students, Cuezze decided to draw from his days working in chain restaurants by confining his contests to a single night and a single product. Now he offers $15 to $20 to the server who sells the most of the selected item of the day. “It’s not a question of if it works, but how well,” Cuezze says. “When we did beer fl ights, we had sold none the previous week, but with the contest, we sold 11 that night.” Even though the contest changes every day, the impact is residual. Cuezze says his bottom line increases by $2,000 to $3,000 per month just through add-ons, and the contests create a familiarity between his staff and the menu that continues beyond contest nights. “I’m not going to teach them about a bottle of wine for them to sell, and then we sell that many for the rest of the week,” Cuezze says. “But it does expose the server to that product and why it’s good. The more people they sell to, the more they talk to those people and find out what they like or don’t like about it. The more knowledgeable they are about our products, the more they’re going to sell them.” 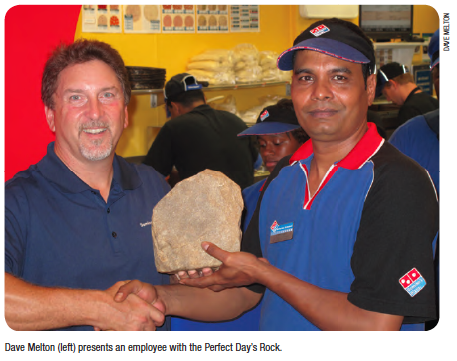 Steve Hitchcock, owner of Soda Creek Pizza in Steamboat Springs, Colorado, prepares for the busy ski season four weeks in advance by running a weekly contest that focuses on menu add-ons and upselling combo items. Hitchcock says that because the pizzeria can take 800 to 1,000 orders in a week, it’s easy to justify the $100 weekly purse for his servers ($50 for fi rst place, $30 for second place, $20 for third place) when the average ticket price jumps $2 during the period. Hitchcock began the contest nine years ago and learned quickly to never have a contest with just one winner, because one person may build a substantial lead and disillusion the rest of the staff. “On one hand, we want to train them; on the other hand, we want to motivate them,” Hitchcock explains. “As we go into a high-volume season, we will run that contest. By working the front end of skiing season for four weeks, hopefully we create the habit of servers asking, ‘Would you like chicken wings with that?’ or ‘It looks like you have a big group there; do you want some salad?’”

The add-on contest lasts for only a month at Soda Creek Pizza, but Hitchcock notes that once employees have been trained to upsell, the benefits of the contest extend beyond the contest period. “My employees are best when the customer doesn’t feel like he’s getting his arm twisted, he’s getting a service,” Hitchcock says. “You might get somebody on the phone calling for pizza who doesn’t have a clear idea of what he wants. If you can tell him that we have a very popular combination that sounds attractive to him, he might buy that rather than the default pepperoni-and-mushroom.”

Incentives can be used to help your business in more ways than increasing your bottom line. When Matt Lowery, owner of Pyramid Pizza (pyramid-pizza.com) in Emporia, Kansas, noticed lengthy delivery times, he offered $50 each month to the driver with the fastest delivery times. He emphasized getting the pizza to the car quicker and taking routes with less stop signs and heavy traffic. “Five minutes on a delivery is a huge difference to our customers, whereas our employees may not realize that time can be made up just by getting the pizza into the car quicker—it’s the little things,” Lowery says.

Before he knew it, delivery times dropped by two minutes on average, and drivers began texting each other to boast of how quickly they just completed their last delivery. “They enjoyed it, and a cash prize with college students is always nice, but just having a rivalry and competition probably got them even more involved than the actual money,” Lowery explains.

After a few months, Lowery noticed a general improvement in customer feedback. However, the same two drivers repeatedly won the competition, so he ended the contest. He plans to start the contest again when he hires a new set of delivery drivers. 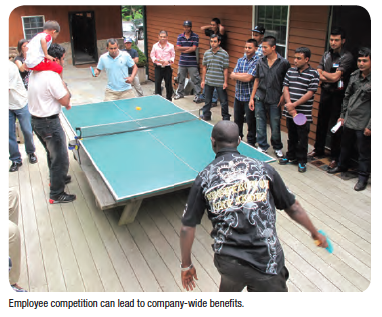 Melton admits in his book that there is nothing quite like the power of cash when it comes to motivation but believes there are plenty of ways to use incentives other than money. Over the summer, Melton’s New York franchises took a page from college football and began competing for what Melton dubbed the Perfect Day’s Rock, a trophy designed to create friendly rivalry between stores. The store that had the highest percentage of deliveries in less than 30 minutes every month received a chunk of granite with the “perfect day” inscription to display in the storefront. The first winner completed 99.21% of its orders for the month in less than 30 minutes. “Despite it just being a chunk of rock, everyone else looked at this guy and was thinking, ‘Man, I wish I had won that,’ and they would go back and work harder than ever to try and get the rock for the next month,” Melton explains.

If the winning store does not retain the title for the next month, the losing manager must deliver the rock to the new champion. “You want to avoid that part of it as much as you enjoy the thrill of having it walk in the front door,” Melton laughs.

For another non-monetary option, Melton also recommends using work schedule privileges as an incentive to those who show up every day and have the best customer reviews. His staff is divided into three groups, with the top and bottom 10% representing the best and the worst.

“The bottom 10% we fill in where we need them, and if they don’t want those hours, then they’ll be moved out,” says Melton. “It motivates people when you get to set your schedule based on how you perform—that’s a benefit.”

Whether you want to add $2 to an average ticket price or shave two minutes off a delivery time, employee contests have a tangible impact on your business. Meanwhile, using contests based on bragging rights, like Melton’s Perfect Day’s Rock, can improve more abstract aspects of business such as employee morale and teamwork. Ultimately, Melton notes in his book, “The number of employee incentives is only limited by your imagination.”

Jacob Threadgill is a PMQ intern.