It’s hard to imagine a restaurant that wouldn’t greatly benefit from increasing revenues. The adage, “food covers overhead, but the bar is all profit,” actually has its basis in fact.

It would seem, therefore, that since no restaurant operates under the burden of too much profit, finding ways to increase bar revenues is a nearly universal imperative.

A restaurant that doesn’t routinely change its menu always has plenty of open tables. Same with the bar. Add some pizzazz to your line-up. Shake up your specialty drinks.        Change spices things up and helps keep your clientele interested. It entails doing something unexpected, something out of the ordinary.

There are five categories of specialty drinks that fit perfectly into this strategy of increasing beverage sales through wowing the clientele. What distinguishes these drinks from the scores of other options is that they possess all of the dynamics necessary to ensure long-term success—namely they taste great and they’re visually appealing.

Infusion is the steeping of spirits with everything from kiwis to sun-dried tomatoes is a trend growing in popularity and with good reason. The secret to its success is that it’s a fun and profitable way to create something that will excite your clientele and that the competition can’t duplicate. You can turn virtually any spirit into something extraordinary by infusing it with any complimentary flavor(s) you have on hand. Steeping is straightforward and uncomplicated. The process involves soaking or marinating fresh fruit, among other things, in large containers filled with spirits. In one to two weeks, the fruit will infuse the chosen spirit with flavor, color, aroma and loads of appealing character.

The Planetary Pineapple is made with five freshly cored pineapples and two pints of fresh raspberries; Venus Vanilla calls for four pounds each of halved and pitted nectarines and peaches, and two whole vanilla beans; Stolar Watermelon is made with one, thinly sliced watermelon and four pounds of papaya chunks; and the Spicy Satellite gets into orbit with eight pounds of cored and peeled hard apples, five sticks of cinnamon and a pound of raisins. Each recipe is steeped with four to five liters of vodka. Using a spirit that is a minimum of 80-proof will kill any bacteria present in the fruit. It is important, however, to keep the fruit completely submerged in spirits at all times. Should the fruit become discolored, it’s best to remove it and start afresh.

There’s no reason to limit yourself to using fruit to infuse spirits. A Sonoran Spittoon is made by steeping six liters of gold tequila with a dozen each of jalapeño and serrano peppers. Red and green chilis can also be used. The infused-tequila is then mixed with horseradish-laced Bloody Mary mix and served with a scallion and fresh shrimp garnish. The Bloody Mary a la Verdi is made with vodka infused with sundried tomatoes, jalapeños, lemons and a helping of horseradish.

One of the keys to marketing fruit-infused specialties is to put the jars somewhere conspicuous. Drawing attention to the containers is part of the mystique. People will naturally be curious and ask questions about it. Anticipation will build such that by the time it’s ready to debut, there will be more than enough demand. 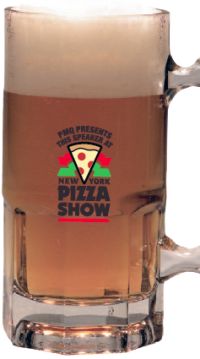 Blending different types of beers together has long been standard practice in pubs throughout Europe and Australia but has only recently become popular in the United States. It is a creative way of tempting your customers and an innovative means of increasing sales. Mixing beers is an artful skill. It involves balancing the attributes of one brew with the characteristics of another to obtain something truly unique. The key is to use two beers with appreciably different properties—body, taste, texture, sweetness and bitterness.

An excellent example of this is the Black & Tan, a savory blend of stout and ale, such as Guinness and Bass drafts, respectively. Another classic is the Half & Half, an equal mix of pilsner and bitter ale drafts. The light, dry lager smoothes the bitterness of the ale, rendering the combination well suited to American tastes. The beers in these drinks have different densities, or specific gravities. True to their names, the beers will layer one on top of the other thereby creating a dramatic appearance. Hoist the combination and the heavier beer will slide along the angle of the glass such that the both brews are consumed simultaneously. Set the glass down and the layers remain intact. The effect is intriguing.

Other notable mixed beer drinks include the Black Velvet, a blend of stout and champagne, the Black Velveteen, stout and hard cider, and the Shandy Gaff, draft beer and ginger ale. Beer is the most frequently requested alcoholic beverage of American men, and the second for women. The possibilities are boundless, so experiment and create your own singular combinations. Tapping into beer’s enormous popularity is a dynamic and lucrative way to escape the ordinary.

A new generation of champagne cocktails are one of the latest trends sweeping the country. Like their famous predecessors, classics such as the French 75 and the Mimosa, these spirited libations possess all of the necessary components for popular longevity. Eye appeal alone qualifies them as bona fide works of art. It’s their luscious flavor, though, that makes them masterpieces. These cocktails are light, effervescent, and exceptionally delicious. With the advent of the reusable bottle-stopper that keeps champagne carbonated overnight, you may pour champagne by the glass without being concerned that the unused portion will go flat and be wasted.

Perhaps no other product enjoys such a reputation for outstanding quality, as does champagne. Therefore, it is easily understood why the popular demand for champagne drinks is also on the increase. The Champagne Marseilles combines Grand Marnier and Di Saronno Amaretto with orange juice and champagne, and the Dry Arroyo is made with Tia Maria, Chambord, sweet ‘n’ sour, orange juice, and champagne.

Try adding champagne to your specialty drinks to inject some sparkling effervescence. For instance, champagne is a natural complement in everything from Amaretto sours to strawberry daiquiris.

Popular demand for espresso and cappuccinos has never been higher. With increasingly more restaurants equipping their bars with espresso machines, this is a trend not likely to run out of steam. There are several variations of the cappuccino, most notably the Café Au Lait, or Caffé Latte, which are equal parts of espresso coffee and hot milk. The milk is heated in the same manner as when preparing cappuccino, but instead of using the froth, the hot milk underneath is poured into the coffee. A mochaccino is a cappuccino made with frothed chocolate milk or cocoa.

To capitalize on the enormous popularity of espresso and cappuccino, use these coffees as the base for some sinfully delicious specialty drinks. Nearly every liquor/liqueur combination used in a coffee-based recipe is a candidate for use in a cappuccino or espresso. The robust International Cappuccino has generated considerable interest among mixologists. It’s a superb combination of rich espresso coffee, a bevy of liqueurs, and a layer of frothed milk. The Louvre Me Alone is a savory cappuccino made with Grand Marnier, V.S. Cognac and Tia Maria.

What if you found out that there was a large and growing segment of the population that you weren’t catering to? These are people who want to enjoy the vitality and ambiance of your restaurant, and are primed and ready to spend some of their hard earned discretionary income. However, since you haven’t identified their particular wants and needs, they go and spend their discretionary income at someone else’s business.

Well, that’s essentially what’s happening if you don’t actively market non-alcoholic beverages (NABs). More than a passing fad, NABs are now part of the dynamics of our industry. Today, people are more predisposed to socializing without alcohol. There are numerous reasons why, including stricter DWI laws, health concerns, caloric content, and, of course, personal preference. This trend has propelled alcohol-free products into a multi-billion dollar industry, and the fastest growing category of beverages in the country.

In addition to increased consumer demand, another reason to market non-alcoholic products is that they usually command higher profit margins than their more potent counterparts. Also, marketing NABs incurs no third-party liability, and precipitates no service-related problems. From a management standpoint, incentives for increasing sales of non-alcoholic beverages are rife.

Attitudes are changing toward the marketing of non-alcoholic beverages. Long gone are the old stigmas and stereotypes surrounding NABs, and the people who order them. Even though everyone from cowboys to yuppies seem to be drinking NABs, taking advantage of the trend requires establishing an objective. For example, current thinking suggests that non-alcoholic beverage sales should account for 10-14 percent of gross sales. The sales axiom “Don’t sell the steak, sell the sizzle!” is directly applicable. If it doesn’t sizzle, who needs it?