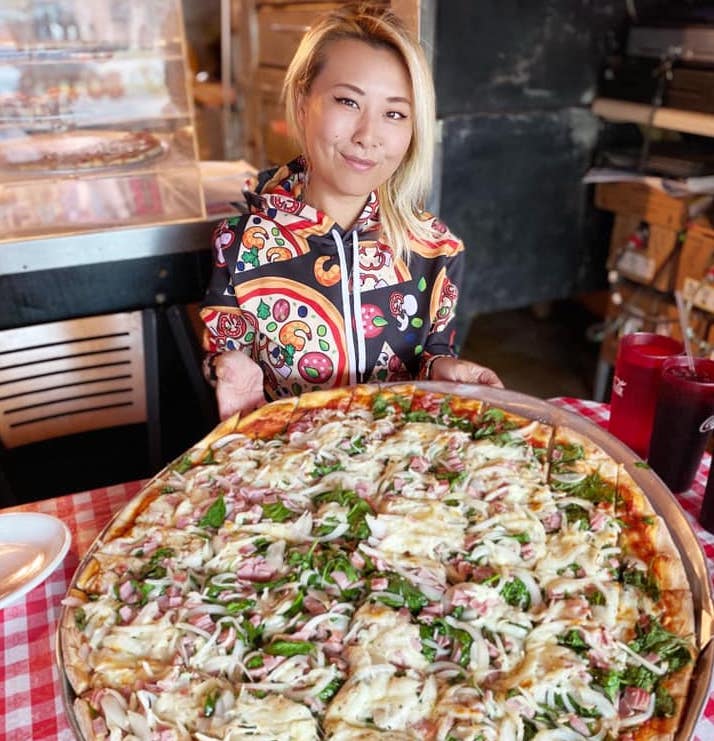 Raina Huang is shown here taking on a 15-pound pizza at Firehouse Pizzeria in Logan, Utah.

Related: This model turned med student is eager to prove herself in eating competitions


In a costly object lesson about the power and reach of social media, a pizza shop in Aurora, Colorado, set off a firestorm after allegedly giving the boot to a competitive eater who wanted to try the shop’s pizza-eating challenge.

According to multiple news reports, Raina Huang, a competitive eater and social media influencer from Los Angeles, asked to try the OMG 28” Pizza Challenge at StevO’s Pizza and Ribs in Aurora. Competitors must eat the oversized pizza in one hour with no breaks to win a $100 cash prize.

When Huang told StevO’s owner Steve Wieand that she has competed in food challenges in the past for her YouTube channel, Wieand kicked her out. Later, in a video posted on social media, Huang alleged that Wieand called her offensive names as well.

In an interview with ABC 7 Denver, Wieand’s daughter, Stephanie, apologized to Huang on behalf of the pizzeria and said her father regrets his actions.

StevO’s website mentions the OMG 28” Pizza Challenge, among other eating competitions, but does not list rules that would disqualify a competitive eater, whether professional or non-professional. 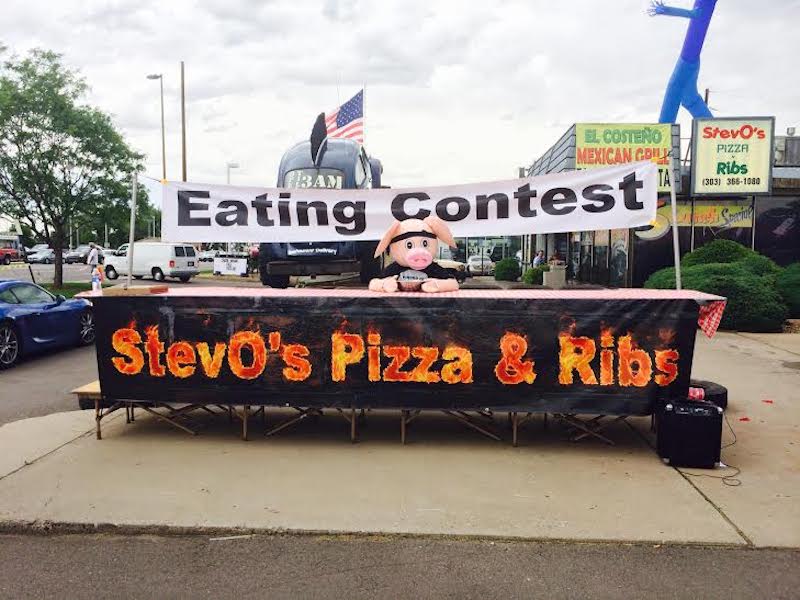 Huang’s social media accounts often depict her taking part in competitive eating challenges. But in the interview with ABC 7 Denver, she said, “I’m not a professional eater because I’m not part of the professional eating league, and I don’t compete in the Nathan’s Hot Dog [Eating Contest].”

“What I do is kind of like my own ‘Man vs. Food,’” she told the news station, referring to a popular TV show on the Travel Channel.

Wieand’s daughter, Stephanie Wieand, told ABC 7 that the shop’s phone has been ringing off the hook, with angry callers denouncing the pizza shop as racist. She said she’s also personally experienced social media bullying on TikTok. “I’ve had people commenting on my own TikTok videos, harassing me.”

StevO’s has also been deluged with negative comments on its Facebook page. A pinned post from 2018 about Wieand’s unusual delivery vehicles has attracted numerous comments in recent days. “So this is the guy that was rude to Raina?” one person commented. “She is the sweetest person and is always willing to help businesses. Why would you treat her in such a way? You deserve the scrutiny and hate coming your way, in my opinion.”

Stephanie Wieand said she witnessed the confrontation between her father and Huang. “I think that it could have been handled better,” she told ABC 7. “All I want to say is, I apologize to Raina and to everyone.”

She added that her father “definitely feels bad” about the incident.