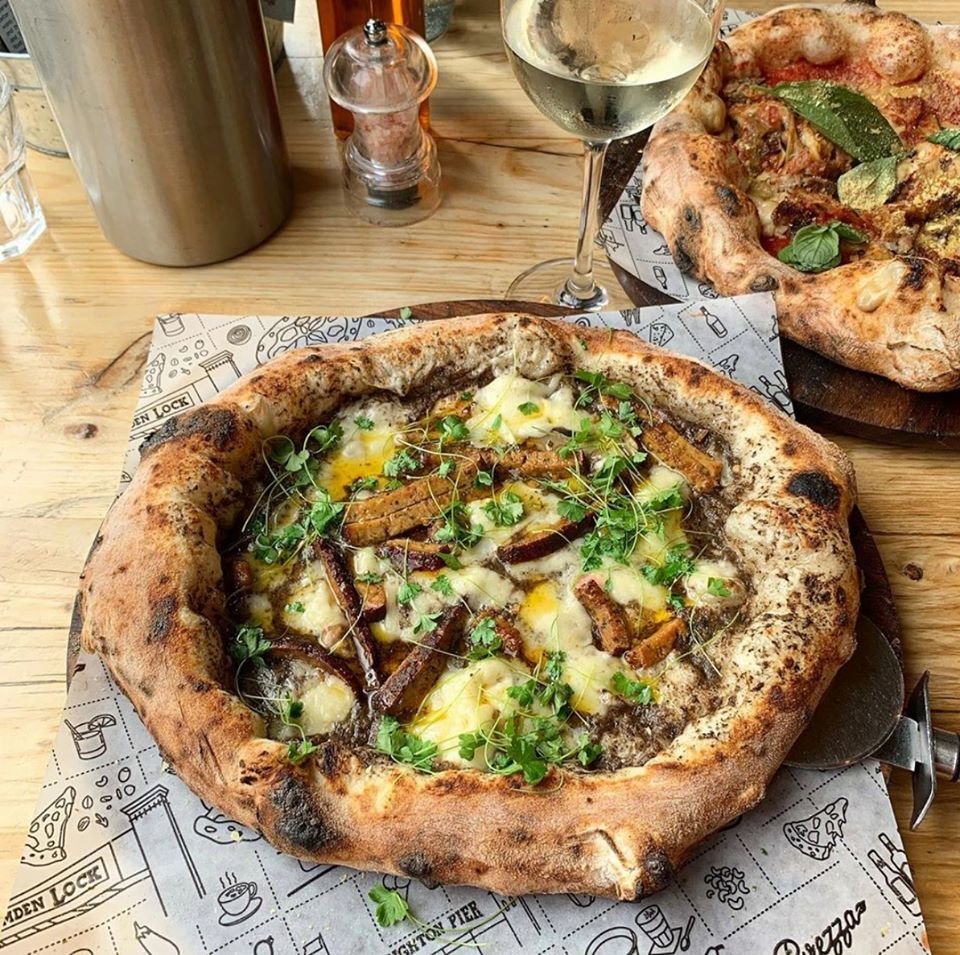 The United Kingdom’s first vegan pizzeria is now one of its largest, thanks to an expansion of its store in Camden.

After debuting in Brighton in November 2015, Purezza’s Camden location opened in March 2018. But the new, refurbished Camden store, which relaunched on February 3, is three times bigger, the company says. It will include a sheltered garden area for alfresco dining and a large extended bar.

Sustainability is a major theme in the refurbished pizza shop’s furnishings and decor. Rather than buying all-new furniture, the company will bring back the furniture from the smaller store along with “discarded items” from other restaurants. The wall plaster is made from sustainable hemp, while the upholstered furniture features vegan leathers and inner foams made with recycled plastic bottles. Mirrors and lighting are also constructed of recycled and reclaimed materials, and the doors were retrieved from an old chapel. 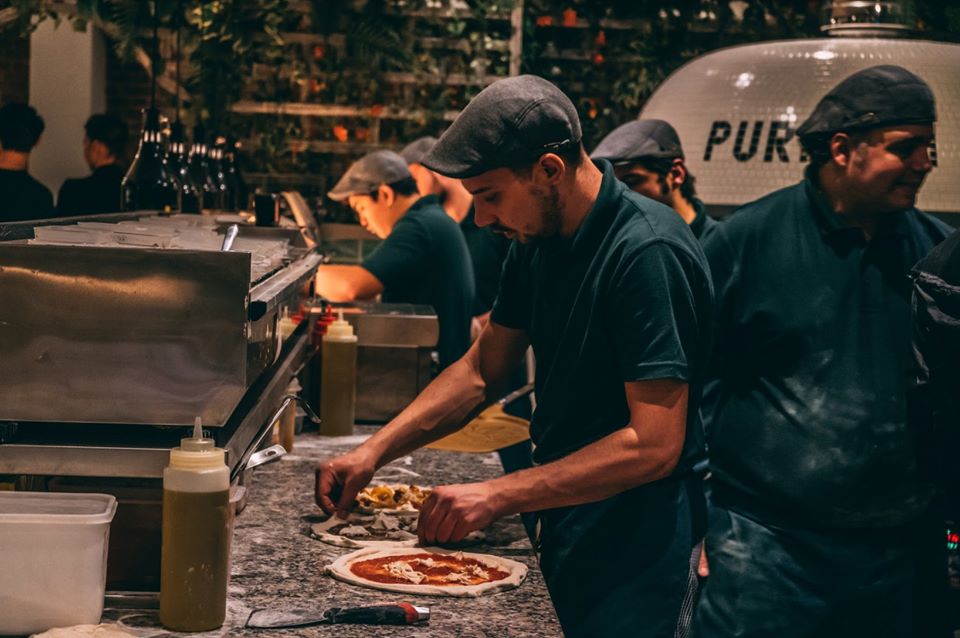 The growing popularity of plant-based food has fueled Purezza’s growth, according to co-founder/co-owner Tim Barclay. “Our flagship London restaurant [struggled] to keep up with demands throughout 2019,” he said in a press statement. “The single biggest complaint we receive is that it’s almost impossible to get a table most nights. It’s a good problem to have.”