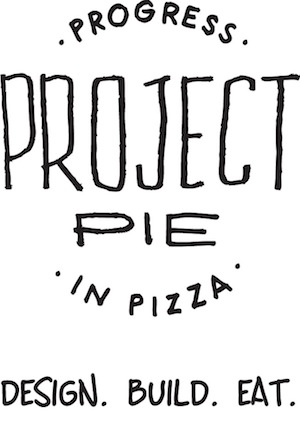 (Press Release), Carlsbad, CA, Sept. 3, 2013 — Project Pie, known for “everyday artisan pizza custom built by you” that cooks in less than two minutes, has signed an official agreement with master franchise partner DBE Project, Inc. to open 25 restaurants in the Philippines over the next three years. The first three locations are slated to open in 2013, all within the Metro Manila region.

The first Project Pie opened July 31 in Mandaluyong and will be followed by Pasay in October and Muntinlupa in November. Other cities being considered for growth are Baguio, Cebu, Davao, Iloilo and Santa Rosa. The franchise group originally planned to open five stores every year, with a five-year goal of 25 new locations, but due to the overwhelming success since opening their doors that goal is now 25 stores in three years.

Project Pie is the brainchild of fast-casual pizza pioneer James Markham, who founded the company in 2012 after creating and launching MOD Pizza in Seattle and Pie-ology in Fullerton, Calif. Currently with two locations – the MGM Grand in Las Vegas and the Hillcrest neighborhood in San Diego – Project Pie has several domestic locations slated for 2013 in Los Angeles County, Boulder, Colo. and Manhattan.

“When looking for a new concept to franchise, we wanted something fresh and inspiring,” said DBE Project COO and EVP Vicente Gregorio. “Project Pie is the type of brand in a segment poised for fast growth that we know will do well here in the Philippines.”

DBE Project is a subsidiary of International Family Food Services, Inc., the owner and operator of Shakey’s Pizza Parlor in the Philippines, and is chaired by Leopoldo Prieto, Jr. and headed by Gregorio. Other major players include Prieto’s son, Leopoldo Prieto III, Maria Pilar Lorenzo and Ramon Martelino. The Prieto family also owns major interest in other food franchises in the Philippines, including nearly 800 Dunkin’ Donuts locations.

“DBE Project is the ideal franchise partner for our growth in the Philippines,” said Markham. “With knowledge of the pizza industry from International Family Food Services and guidance from the Prieto family, they know more about franchising retail food brands in the Philippines than anyone.”

Project Pie was founded in 2012 by entrepreneur and pizza lover James Markham. Their motto is, “Everyday Artisan Pizza, Custom Built By You,” and every pizza comes in at the same price all in less than five minutes – whether it’s two ingredients or 26. To learn more about Project Pie, visit www.projectpie.com. To learn more about franchising, visitwww.projectpie.com/franchise.