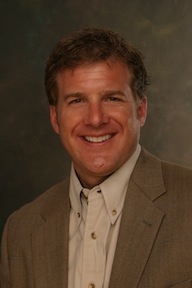 “We’re looking to Todd to properly grow and expand this unique brand throughout the world,” said James Markham, CEO and Founder of Project Pie. “We have proven the Project Pie business model can succeed in both domestic and foreign markets, and we’re eager to keep our momentum going as the leader and most experienced brand in the segment.”

Throughout the remainder of 2013, Project Pie will continue to grow with several new domestic and international locations planned to open in Los Angeles County, Boulder, Colo., Manhattan and the Philippines. Currently, the brand has three restaurants. Two locations are based domestically at the MGM Grand in Las Vegas and the Hillcrest neighborhood in San Diego, and there is one franchise location in Mandaluyong, Philippines.

Project Pie was founded in 2012 by entrepreneur and pizza lover James Markham. Their motto is, “Everyday Artisan Pizza, Custom Built By You,” and every pizza comes in at the same price all in less than five minutes – whether it’s two ingredients or 26. To learn more about Project Pie, visit www.projectpie.com. To learn more about franchising, visit www.projectpie.com/franchise.