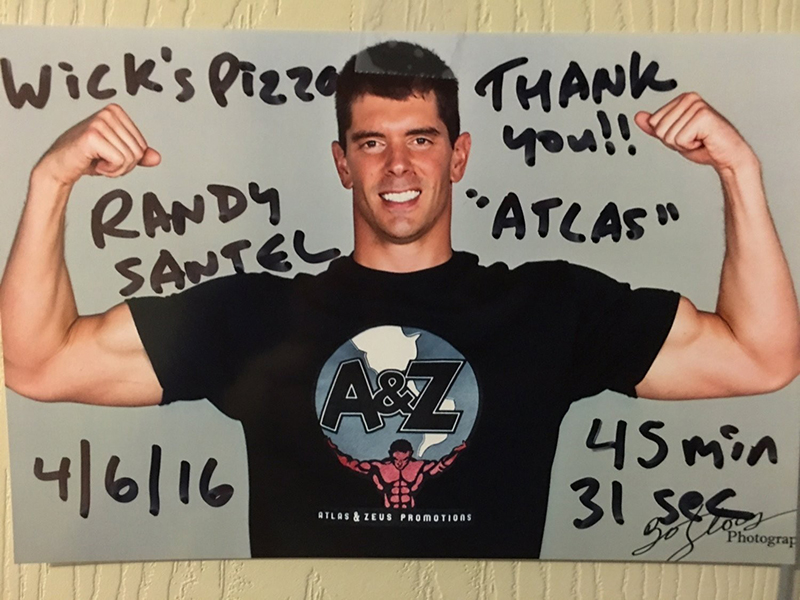 Forgive the cliché, but size really does matter—at least, when you’re talking about developing a pizzeria menu item that draws media attention and generates serious publicity for your restaurant.

Huge pizzas always attract customers with huge appetites, and promising a special prize to guests who can polish off your plus-sized pie is a great way to create buzz in the community. At Wick’s Pizza in Louisville, Kentucky, this promotion even brought in a celebrity eater. (And, yes, there is such a thing.)

Randy Santel is a professional eater and the iron-bellied owner of FoodChallenges.com. When he drove into Louisville last week and took the Big Wick Challenge—gobbling down a 16-inch, eight-pound pizza in an hour or less—it brought positive headlines and televised coverage from the United Press International, WAVE, WDRB, KTRK and numerous other media outlets, including websites and radio stations.

Size aside, the Big Wick is no basic cheese pie. It’s topped with Italian sausage, beef, pepperoni, mushrooms, onions, green olives, black olives, green peppers and tomatoes. Customers who can eat the pizza in less than an hour win $150 in cash, a T-shirt and a spot on the pizzeria’s Wall of Fame. If they fail the challenge, they pay $35 for the pizza and take home the remainder in a to-go box.

Santel, a man who doesn't seem to lack confidence in himself or his digestive system, easily won the challenge, devouring the pie in only 45 minutes. It was his 367th food challenge.

Watch a video of the Big Wick Challenge here.