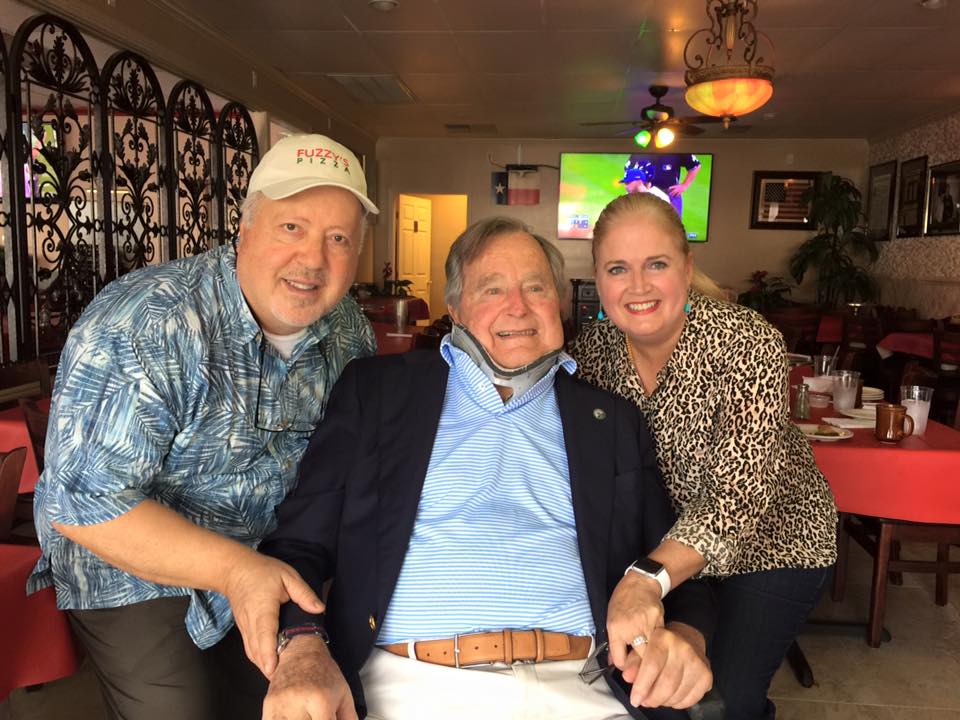 Fuzzy Hajjar isn’t a luminary in politics or diplomacy, but he was still invited to President George H.W. Bush’s funeral today. And with good reason: The Syrian immigrant regularly made pizza for the 41st president and became a treasured friend.

Hajjar, owner of Fuzzy’s Pizza in Houston, has earned his own measure of fame as the 41st president’s favorite pizzaiolo. He and his wife, Rita, also attended former First Lady Barbara Bush’s funeral in April.

Hajjar said a Secret Service detachment always showed up at Fuzzy’s two hours prior to the president’s arrival. When Bush arrived, Hajjar seated him in a private room in the back of the building. “And when he would walk in the door, people would stand up and clap, you know,” Hajjar said. “They were so thrilled. They wanted him to autograph or take pictures, and he never refused them. He always took time for that.”

“We keep looking at it like we’ll never see him again,” Hajjar said. “We’ll never see her again. It’s the end. But, hopefully, we all learned something from it, and the country is in a better position, and we all love each other.”