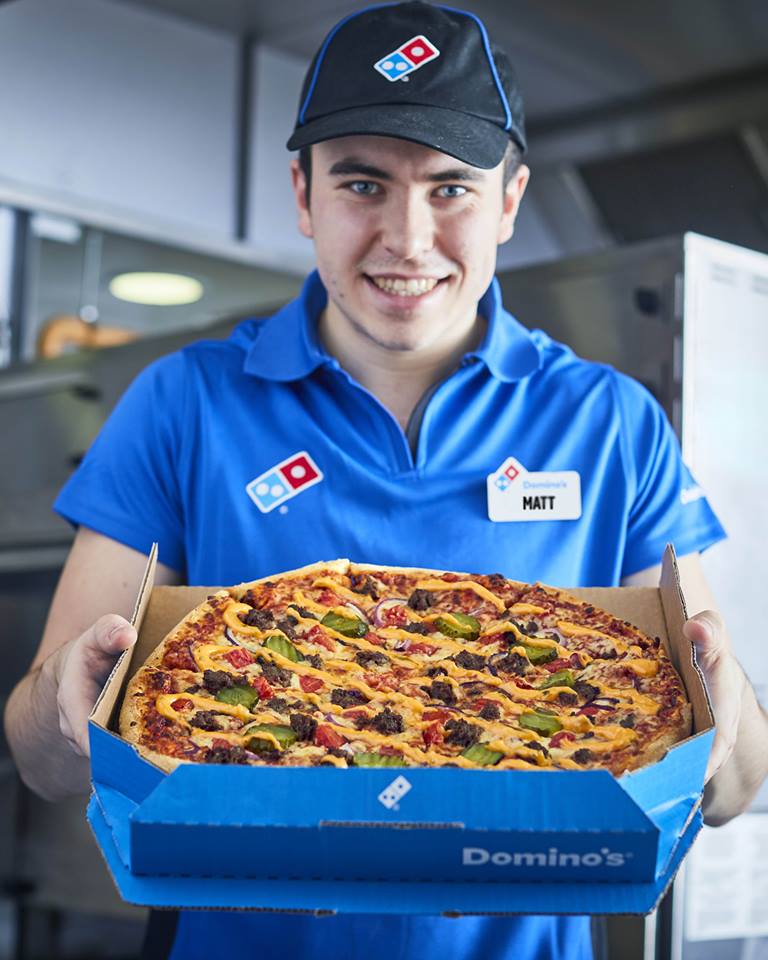 Rain or snow, sleet or hail, a pizza will be delivered – or so this hapless Domino’s delivery driver thought as he attempted to pass the Buckingham Palace security to deliver a hefty order to Queen Elizabeth II.

“The (bike rider) was stopped by two armed police officers who got him to get off his bike and park up. One of them then radioed through the control room to check if the Queen had indeed ordered a pizza,” The Sun reports from an anonymous source.

“The poor guy looked very confused and just rode off,” said the source.

“We always suspected the Queen was a secret Domino’s fan and the order to Buckingham Palace almost confirmed our suspicions. We didn’t quite make it past the gate, but the four large Cheeseburger pizzas seemed to go down pretty well with the police officers on duty. Next time, Your Majesty,” said store manager Zsuzsanna Queiser.

Last January, a British child famously asked Duchess Catherine of Cambridge if her grandmother-in-law eats pizza. “I don’t know,” she replied. “Maybe next time I see her, shall I ask?” The mystery prompted Concord, California chain Round Table Pizza to make a cheeky offer for free pizza to the Queen; if she accepts before Dec. 31, customers will get free pies at all Round Table locations.

Meanwhile, it’s safe to assume that the Domino’s delivery driver was pranked, but by whom remains a mystery, much like the Queen’s taste in pizza.