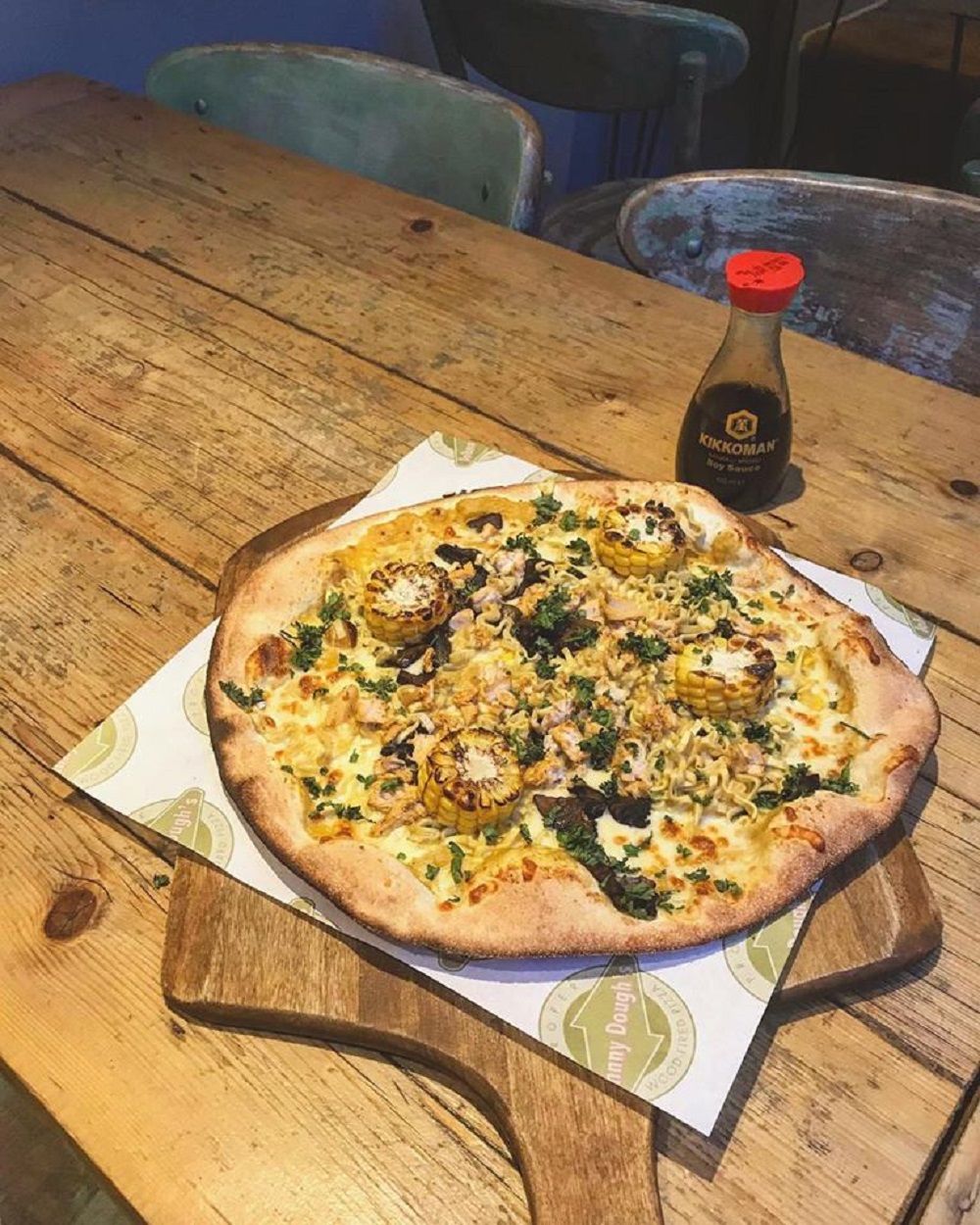 Some budget-challenged American students live on Ramen noodles. Their counterparts in the UK scarf Pot Noodles, a packaged snack with dried noodles and veggies and a salt-laden seasoning packet. Now they can wolf them down on a pizza at North Wales pizza chain Johnny Dough’s, the Daily Post reports.

According to The Ecologist, 240 Pot Noodles are eaten every minute in Britain. They come in dozens of flavors, including Beef & Tomato, Chicken & Mushroom, Brazilian BBQ Steak, and Jamaican Jerk, to name a few.

The Chicken & Mushroom and Beef & Tomato flavors appear on the LTO pizzas at Johnny Dough’s, along with the Bombay Badboy flavor. But Johnny Dough’s owner Morgan Austin said a lot of additional thought goes into the recipes. “We’ve not just dumped a Pot Noodle on a pizza base,” he told the Daily Post. “There’s additional ingredients to complement the flavor, and we serve them with soy sauce, too.”

“It’s just a bit of fun, really,” Austin said. “Everyone knows what a Pot Noodle is. If you don’t like them, then you’re screwed. But, honestly, they’re really good.”