Have You Explored All of the Possibilities of Pepperoni? - PMQ Pizza Magazine 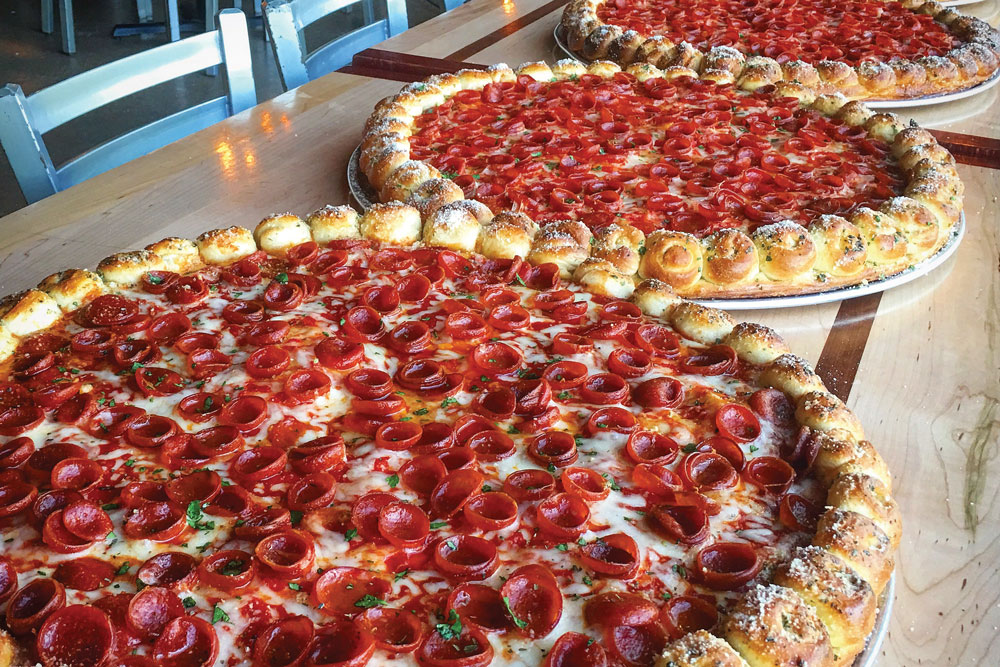 Lee Hunzinger, manager and pizzaiolo at the Fairview, Texas, location of Cane Rosso, didn’t much care for pepperoni when he was growing up. “I didn’t like how the grease ran all over the pie,” admits Hunzinger, who has been working in pizzerias since he was a teen. But pepperoni has changed over the years, with Instagram-worthy cups of meat nirvana, super-spicy disks of fire that cater to a growing heat-loving society, and natural varieties geared toward more health-conscious pizza lovers.

Once Hunzinger discovered cup-and-char pepperoni, he was sold. “It keeps the grease from running all over,” he says. “The flavor is so good, and it crisps up like bacon.”

Today’s vendors offer upwards of 10 to 20 varieties of pepperoni and can custom-create a pepperoni for your pizza. Depending on your style of pizza, you can order a variety that’s natural, mild, spicy, thick- or thin-sliced, or not sliced at all. “Nowadays, when you’re ordering pepperoni from your salesperson, you can choose the thickness of the cut, which I think has a lot to do with the cupping,” Hunzinger notes. “Obviously, the thicker the cuts, the less pepperoni you’ll get, but the cuppage will be better than those that are cut thin.”

And, Hunzinger adds, if cupping is what you’re looking for, size matters. “The small pepperonis cup quicker because it’s a smaller area to create that dimple. It generally starts cupping up after one and a half or two minutes. Sometimes, if I’m putting it on a New York-style pie that’s baking for five minutes, I’ll let some pepperoni cook on there the whole time and then fill in the gaps during the last two minutes with more pepperoni so you have some crispier than others.”

With expanding pepperoni varieties, the door is left wide open for creating some fantastic appetizers, salads, sandwiches and more—all using what you already have on hand. As America’s favorite topping, you already know that your guests love pepperoni, so let’s take a look at some other ways you can utilize it in your pizzeria. 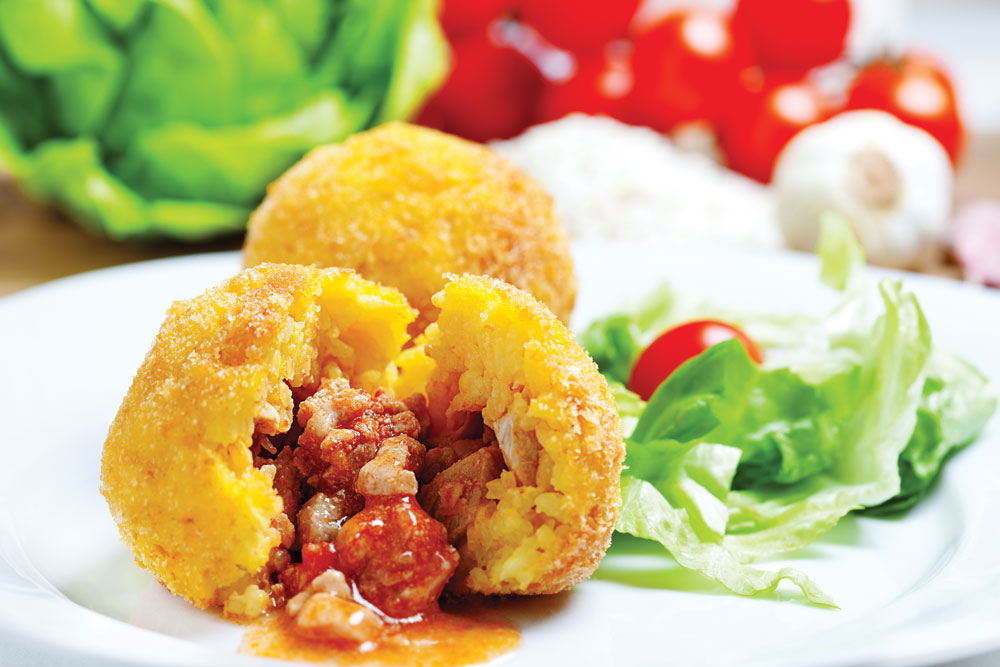 For an upcharge, offer pepperoni as an addition to your appetizers, like potato skins, artichoke dip, breadsticks, nachos, garlic knots or cheese plates. Or create a fun pizza dip using your sauce, pepperoni, ricotta and cream cheese to serve with breadsticks.

At the new Peppino’s Pizzas in Rochester, New York, large risotto balls are stuffed with pepperoni and mozzarella, rolled in breadcrumbs and deep-fried to create Pepperoni Arancini. At Cane Rosso, Hunzinger adds pepperoni to his cheesy garlic bread. 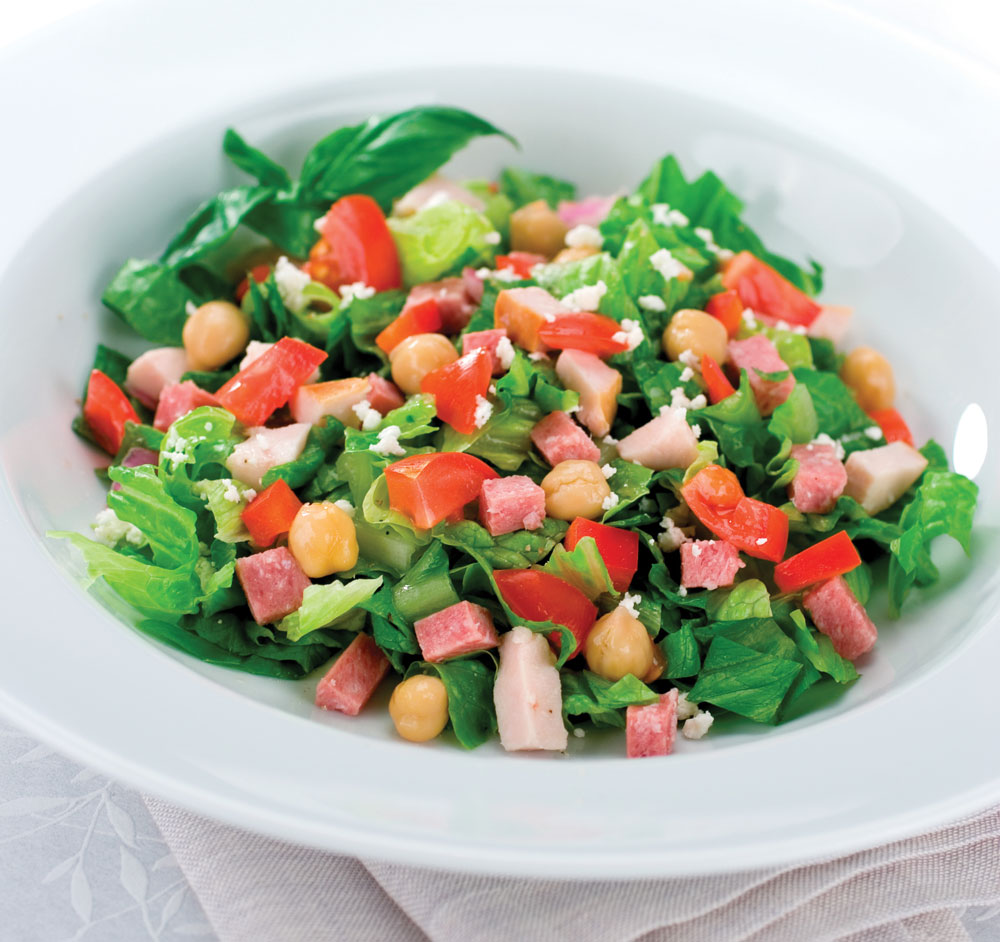 Green salads get a little kick from sliced or cubed pepperoni, as do cold pasta salads, which make great sides or full lunch entrées. At Nima’s Pizza & More in Gassville, Arkansas, owners Rick and Jane Mines offer customers their choice of two meats on the pizzeria’s Chef Salad. 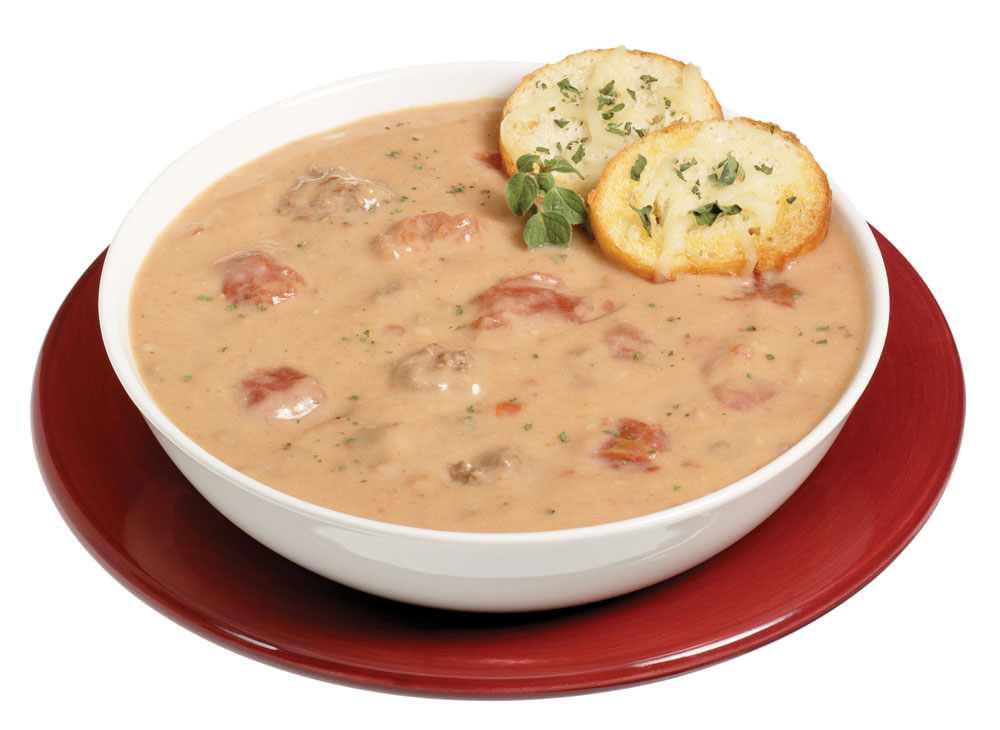 Do you serve soup at your pizzeria? Imagine crispy, crumbled pepperoni on top of a creamy potato soup or cubed spicy pepperoni in a cup of homemade minestrone. Pepperoni lovers won’t argue with the option to enjoy their favorite topping in more places across your menu. 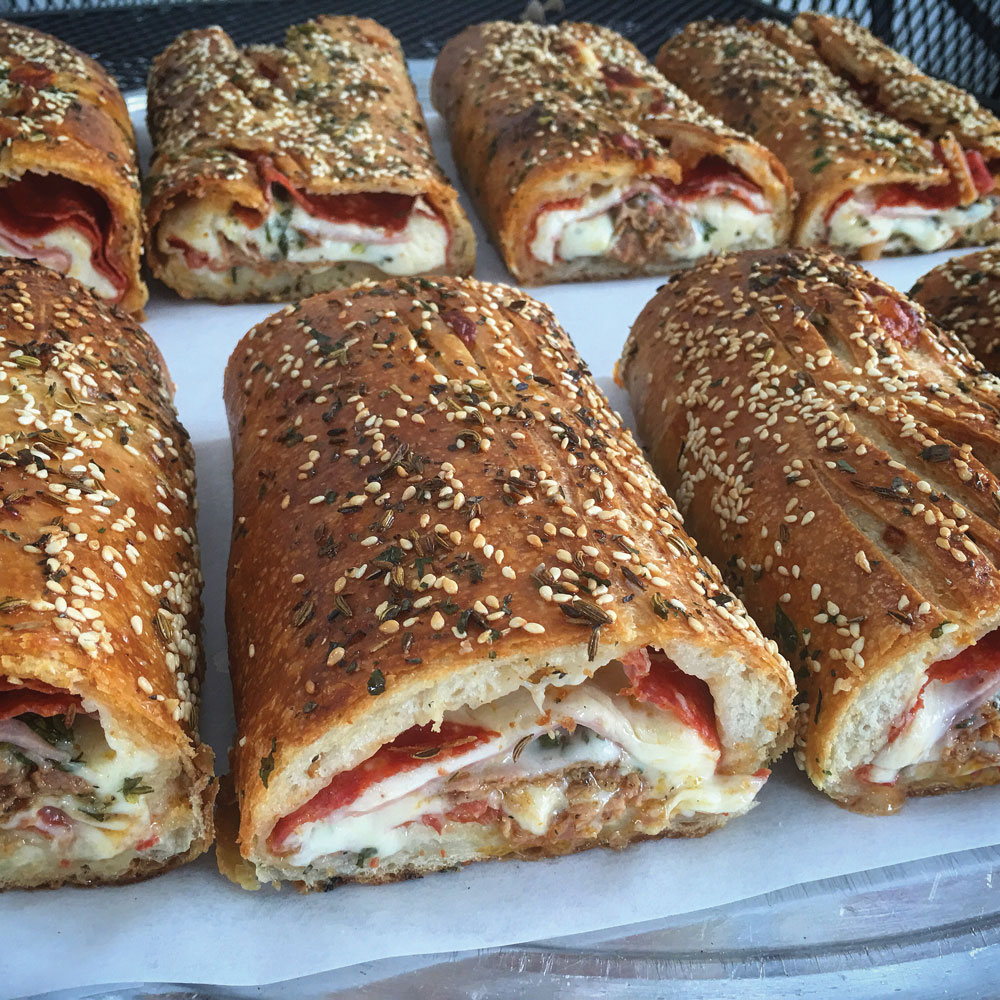 Italian deli sandwiches just aren’t the same without some spicy pepperoni, and a warm stromboli or calzone packed with pepperoni is always a fan favorite. At Nima’s, the Mines stuff heated marinara sauce and pepperoni into a pocket grinder roll, smother it in mozzarella, and bake it to create the Hot Pepperoni Sub.

In addition to its popular crumbled pepperoni on pizzas, Arni’s Restaurant in Lafayette, Indiana, offers a Hot Sicilian Stromboli with ham, salami, pepperoni, bacon and all the fixings.

Other possibilities: a grown-up grilled cheese with pepperoni, a pizza burger with mozzarella and pepperoni, or even a twist on Mexican fare with a pizza quesadilla. 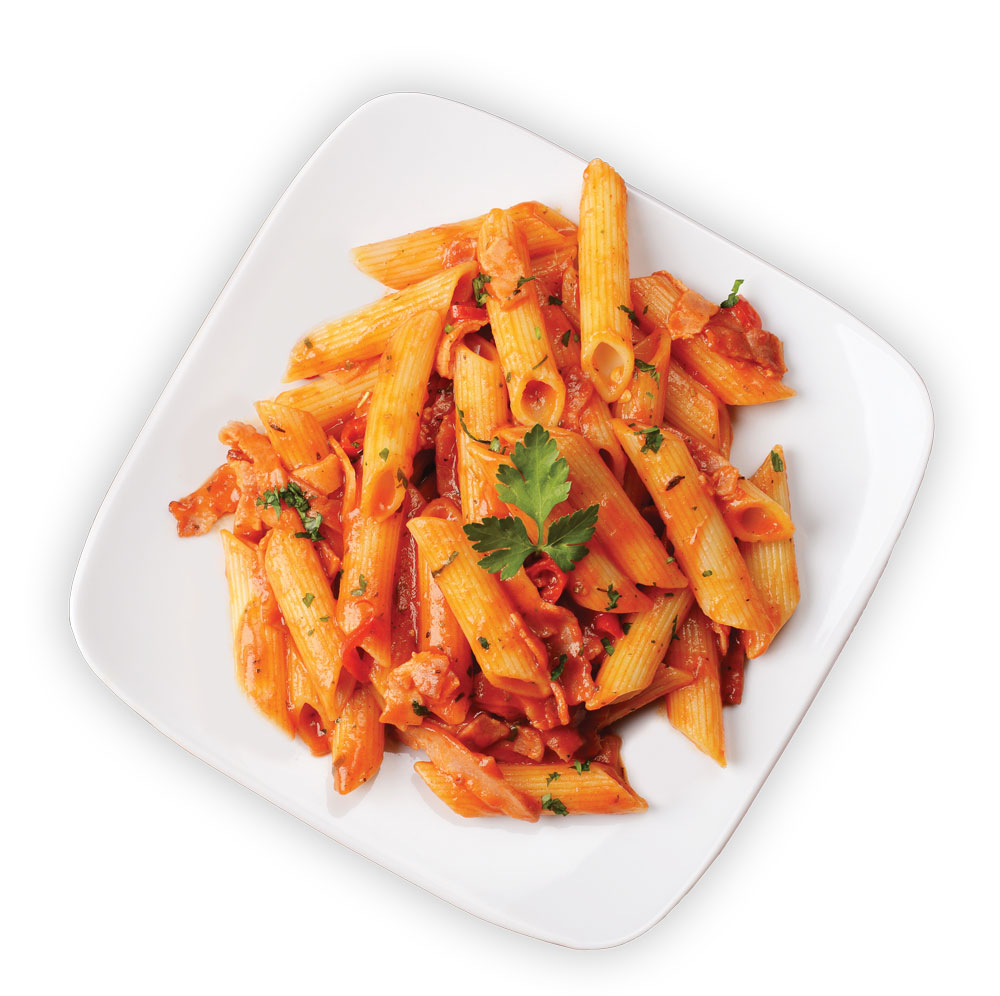 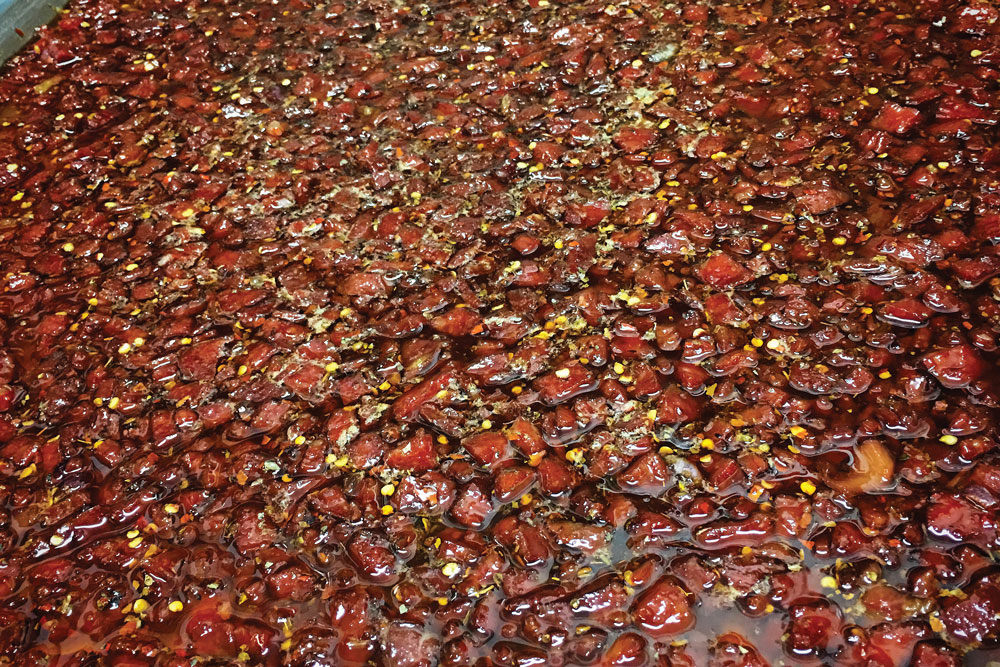 Feeling wildly creative? While some chefs make bacon jam, Cane Rosso’s Hunzinger whips up a pepperoni and soppressata jam, which he uses on pizza. “The Lady Marmalade pizza is a New York white pie topped with mozzarella, ricotta and the pepperoni-soppressata jam,” he says. 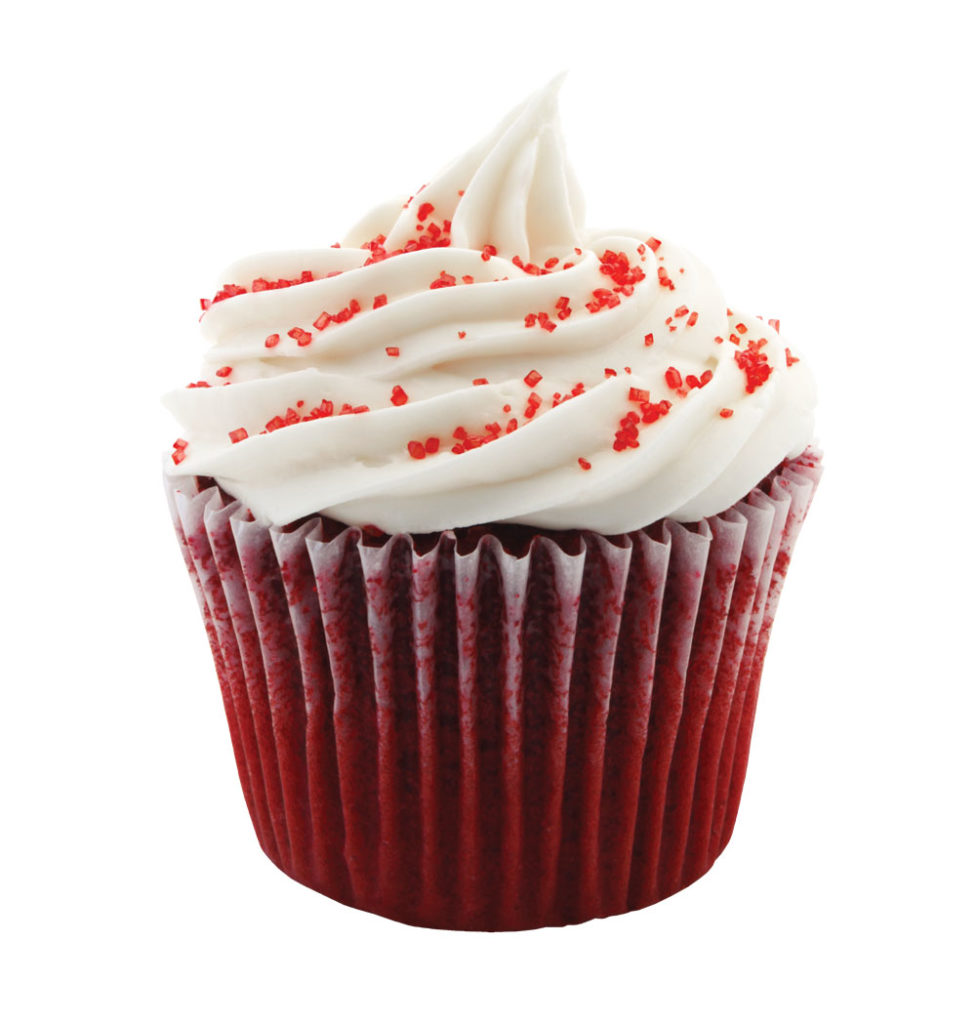 Pepperoni for dessert? We’re not kidding! Try a savory pizza cake or cupcake adorned with mini-pepperonis. The mix of salty and slightly sweet is pretty amazing.

If you’re ready to start experimenting, just take a look at your menu and add pepperoni to something that doesn’t already have it. Feature the dish as a special during one of your slow nights and see what transpires!