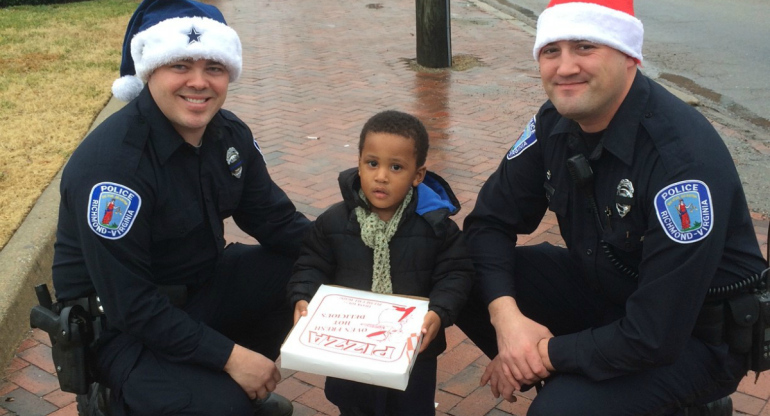 Two Richmond Police officers spent part of their Christmas Eve delivering pizzas around Richmond. Officers David Woods and Richard Chappell handed out pizzas to the city’s homeless and other folks they encountered while on their beat in Richmond’s East End.

WTVR.com, the CBS affiliate in Richmond, report that Woods and his partner handed out 175 pizzas Tuesday and Wednesday. The police officers said they wanted to give something back to the community.

Read more about how Richmond police put pizza in the stocking of some grateful citizens.