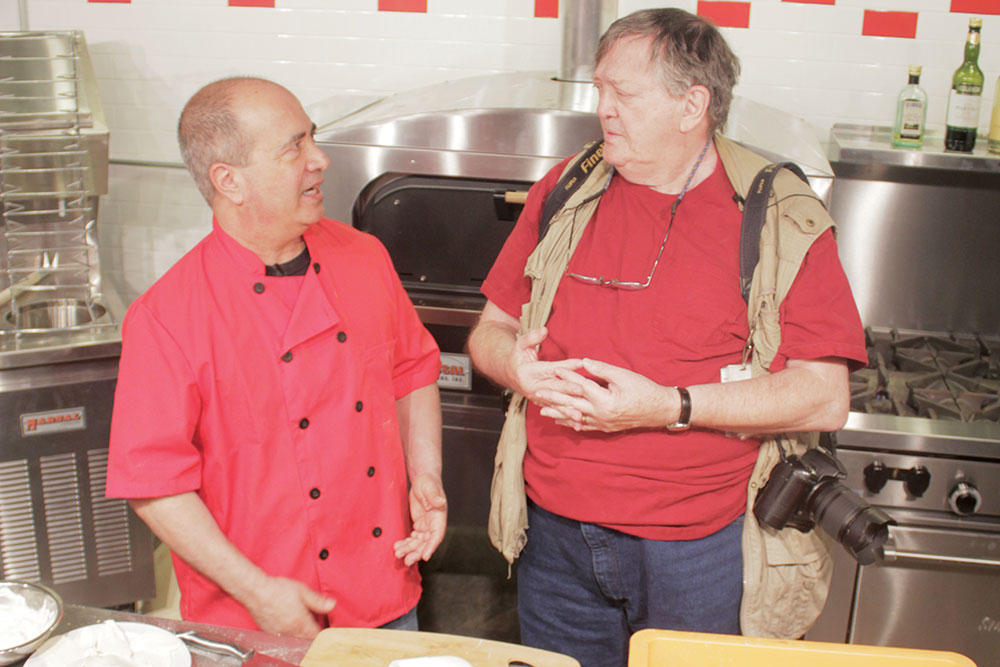 It’s hard to lose weight when you work in an office that has its own pizza oven. Case in point: The new PMQ Test Kitchen recently opened for business with a visit from John Arena from Las Vegas’ Metro Pizza (metropizza.com). We invited John to make three items, and he ended up making eight. Not that anyone complained, least of all me—everything was delicious, and not a morsel went to waste. This is why I don’t make New Year’s resolutions; I just make helpful suggestions to myself, such as, “Hey, buddy, how’s about cutting back on the Cheetos and Dr. Pepper for a week or two?” Then, I ignore myself and pack on another five pounds.

As described in this month’s cover story (“The Breakfast Club,”), John and his business partner Sam Facchini have moved into the bread baking business with Lulu’s Bread & Breakfast (lulusonthemove.com), taking advantage of the rising popular demand for artisan foods. It makes perfect sense—pizzeria operators already work with the basic ingredients and equipment for baking, and most pizzerias sit empty in the mornings; building a breakfast daypart could be just the thing for operators looking for new revenue opportunities.

Chatting with John is a true learning experience—he’s so knowledgeable, he even teaches a course in pizzeria management at the University of Nevada, Las Vegas. Adding to the pleasure was the arrival of another man who has excelled in his field—the great blues music manager, promoter and photographer Dick Waterman. Author of Between Midnight and Day: The Last Unpublished Blues Archive, Dick managed blues legends including Son House, Buddy Guy and Bonnie Raitt and promoted concerts by Bruce Springsteen, Cat Stevens and James Taylor. But he’s equally renowned for his intimate backstage photography of musical icons, including Bob Dylan, Mick Jagger, Chuck Berry, Ray Charles and Janis Joplin.

When Dick dropped by to take photos of John for our article, the conversation that followed was entertaining and often fascinating. As a manager and promoter, Dick has traveled the world and enjoyed his share of great pizza. The PMQ staff couldn’t help but eavesdrop as Dick, who hails from Boston, and John, a native New Yorker, reminisced about their favorite pizzerias around the country and talked food, philosophy and music. It felt like a special moment to all of us, spending time with these two gifted and erudite men, brought together in our test kitchen by a shared love for pizza and finding they had more in common than anyone would have guessed.