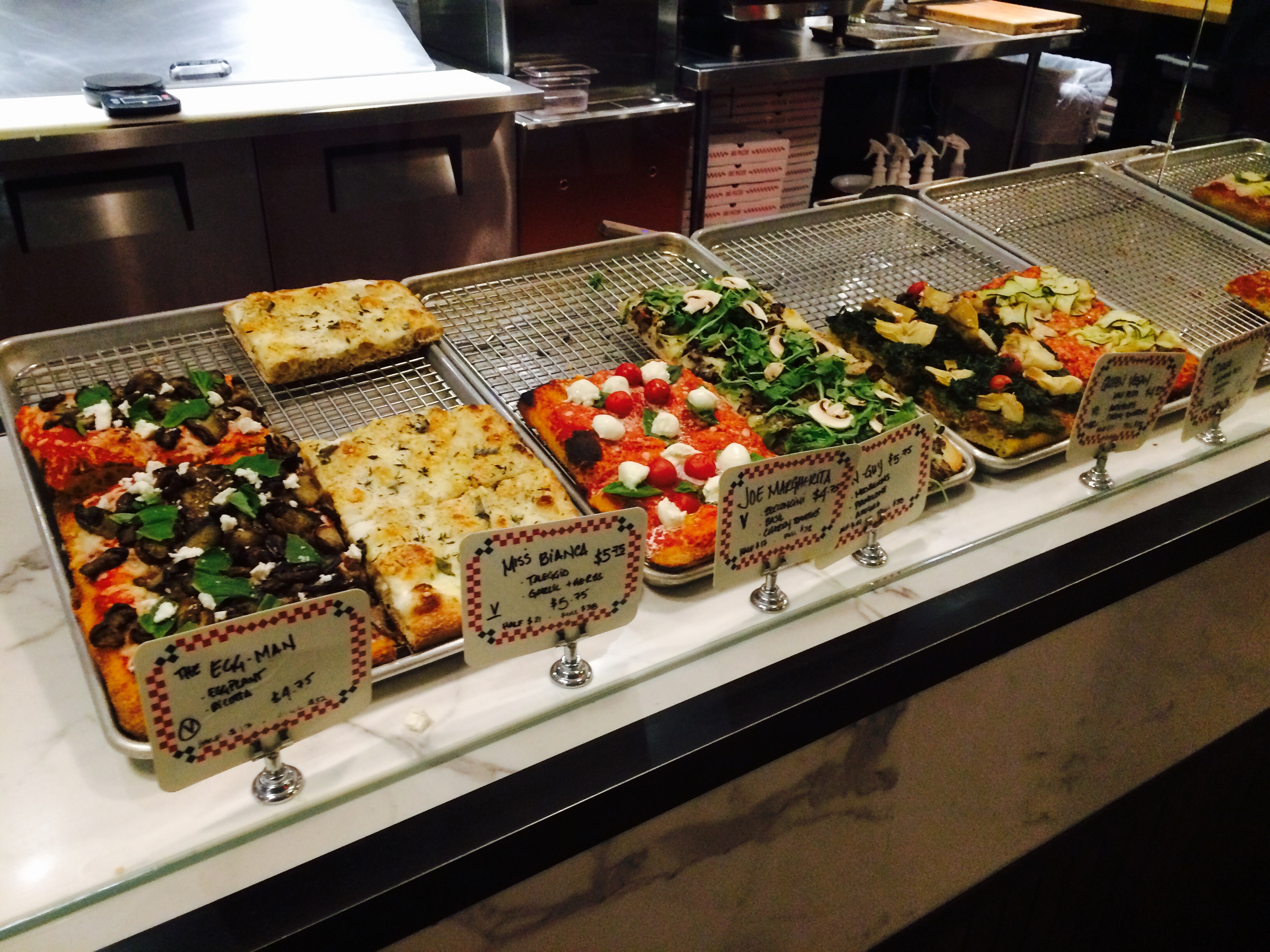 No matter where I go, I'm always scoping out the pizza scene.

So on a recent vacation with my husband to Vancouver, B.C., Canada, I was on the lookout for local slices.

Surprisingly it's not hard to find pizza in Vancouver, because it's everywhere!

We could not walk two blocks without passing a slice joint in Vancouver, which is a great problem to have when you love and document pizza for a living.

While we didn't stop into every place we saw, we did notice some things about the city.

The slice option is big here, and specials that offer a slice and a "pop" or a slice and a beer are regularly promoted on sidewalk signs and windows in an effort to draw you in.

We stopped at a slice shop named Uncle Fatih's our first night because he lured us in with a promo that included two slices and a pop for CAD$4.75. We paid CAD$0.50 extra for a box since we were taking our slices to go. The pizza was pretty decent for grab-and-go. I found out later that Uncle Fatih's is actually on some of Vancouver's top 10 pizza lists. Go us!

Throughout our trip we passed more and more slice shops with names like Megabite, Freshslice, Straight Outta Brooklyn NYC, and Romano's, where this interesting hot dog-topped pie caught our attention.

Then, on the last night of our trip, we ventured into the Gastown area of Vancouver, and happened across Joe Pizza, a pizza al taglio slice shop. They were offering a Roman-style slice and a beer for CAD$6.99 until 6 p.m., and it was 5:55 p.m.!

We started with a simple margherita and a beer, which led to a full-price pepperoni slice and olive shortbread cookies for the road. The manager told me that Joe Pizza was one of the only pizzerias in town offering pizza al taglio and he'd been doing it for a little over a year. 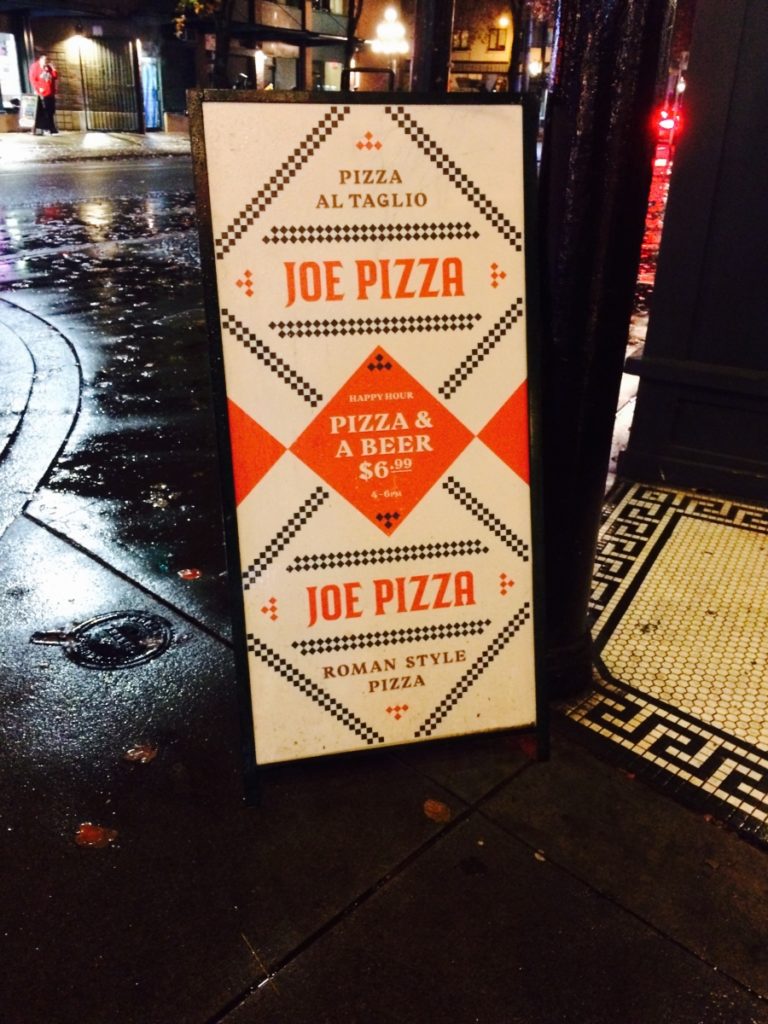 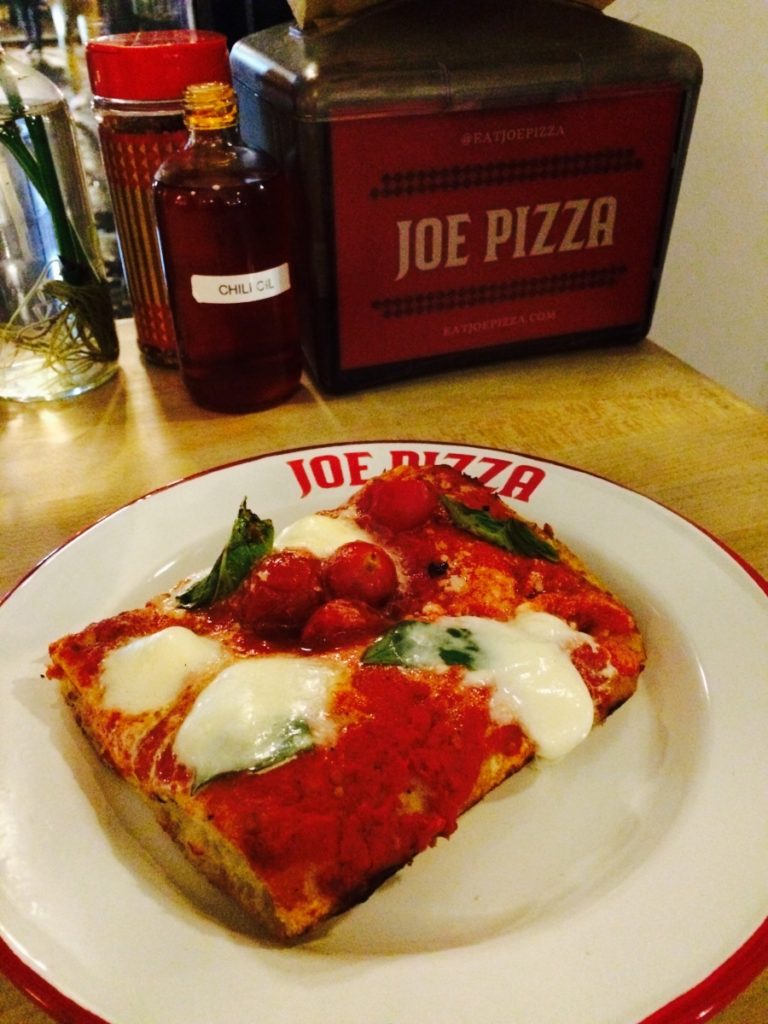 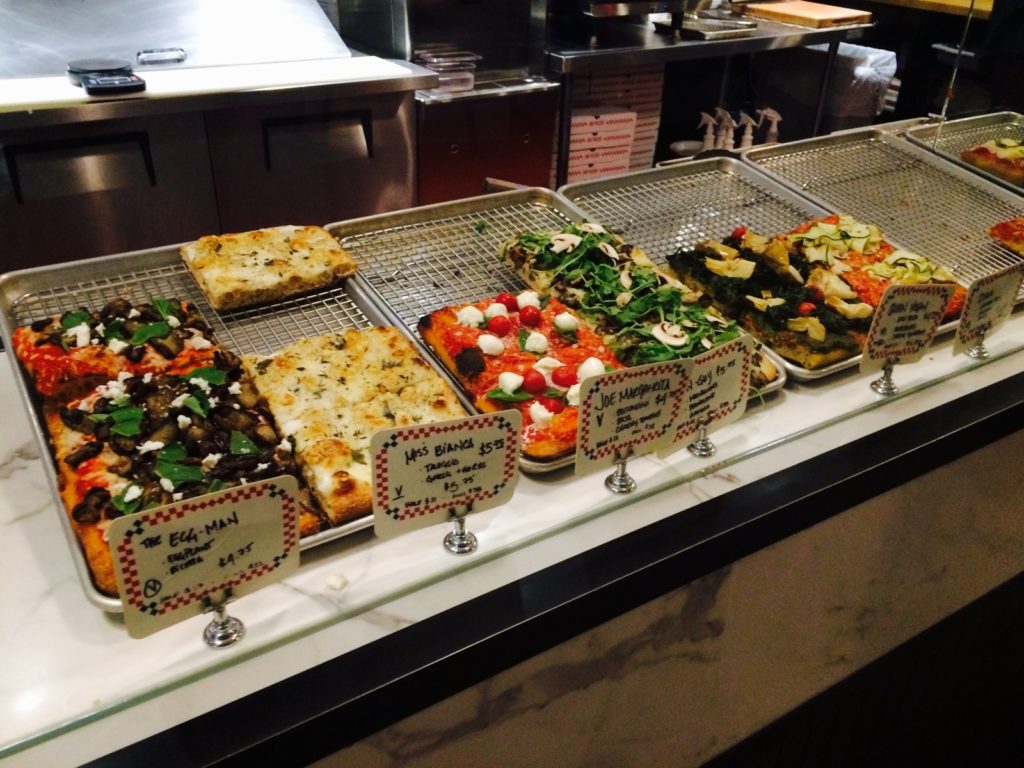 After Joe's we walked around the corner and ran into another Roman-style place (likely Joe's competition), called Stretch Roman Pizza Co. I snapped a pic of their boxes, which they have hung on the wall as a great illustration of how you can order different pizza lengths. 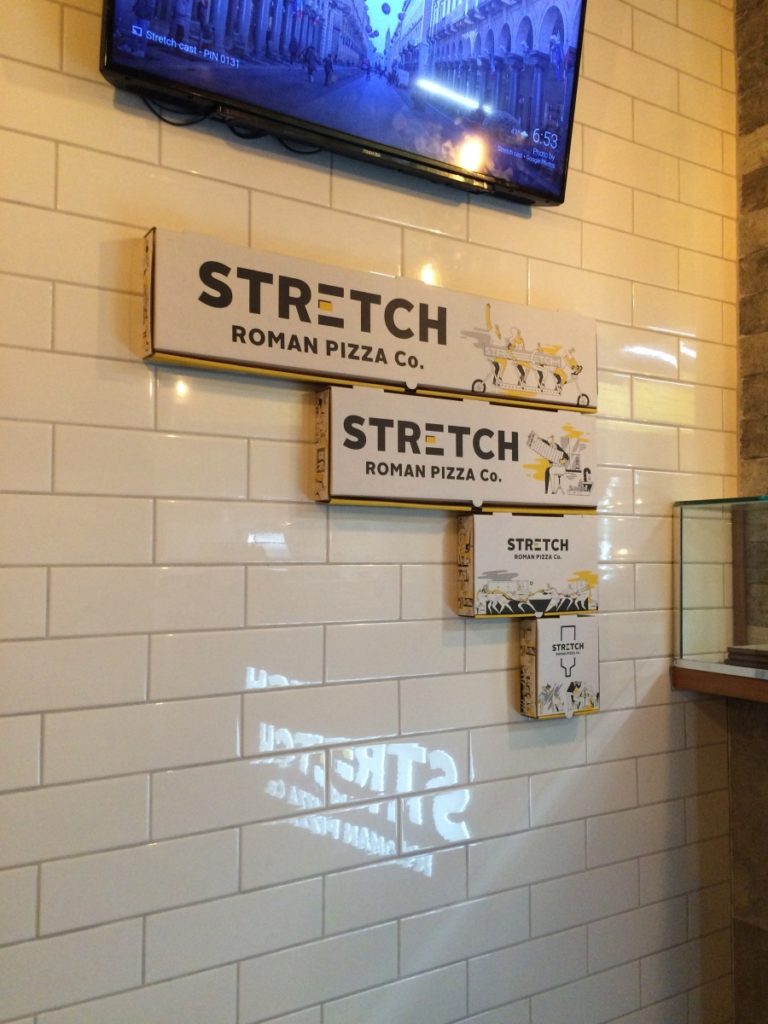 All in all, I thought Vancouver was a great place for pizza enthusiasts. It reminded me a lot of New York in the way you're never wanting of a place to grab a slice, day or night.