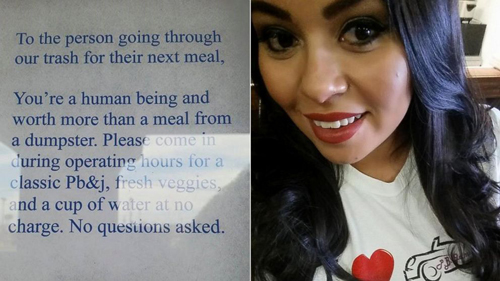 Was pizza always this popular? According to the nation's Newspaper of Record, only in World War II did America's eventual favorite food start to rise in popularity. In every decade, we have the poor, and this story of an Oklahoma dumpster diver and the compassionate restaurant owner puts a new twist on compassion. Sure pizza is popular–and diverse–as we learn in this compilation of the 11 coast-to-coast pizza styles you most need to know. Pizza and cold beer is a love affair for the ages, so no wonder pizzerias in Pennsylvania are taking advantage of a law that lets them deliver the copacetic cargo simultaneously.

Everyone loves Micky D's, right? Not so much for some ticked off Italian pizza chefs who took offense at a commercial claiming kids would rather have a Happy Meal than a slice of authentic Neapolitan—but pizza-loving college students are expected to pick up the slack courtesy of a new Papa John's tool that easily allows a group with the munchies to split the bill.

We hold these truths to be self-evident–that college students would rather eat a free slice of pizza than protect their First Amendment rights. Finally, "May the Pizza be with you." Not it? Well J.J Abrams, who just directed the new Star Wars entry "Force Awakens," thought some hungry Star War campers needed a pick-me-up so he had some X-Wing fighters drop in some pizza.