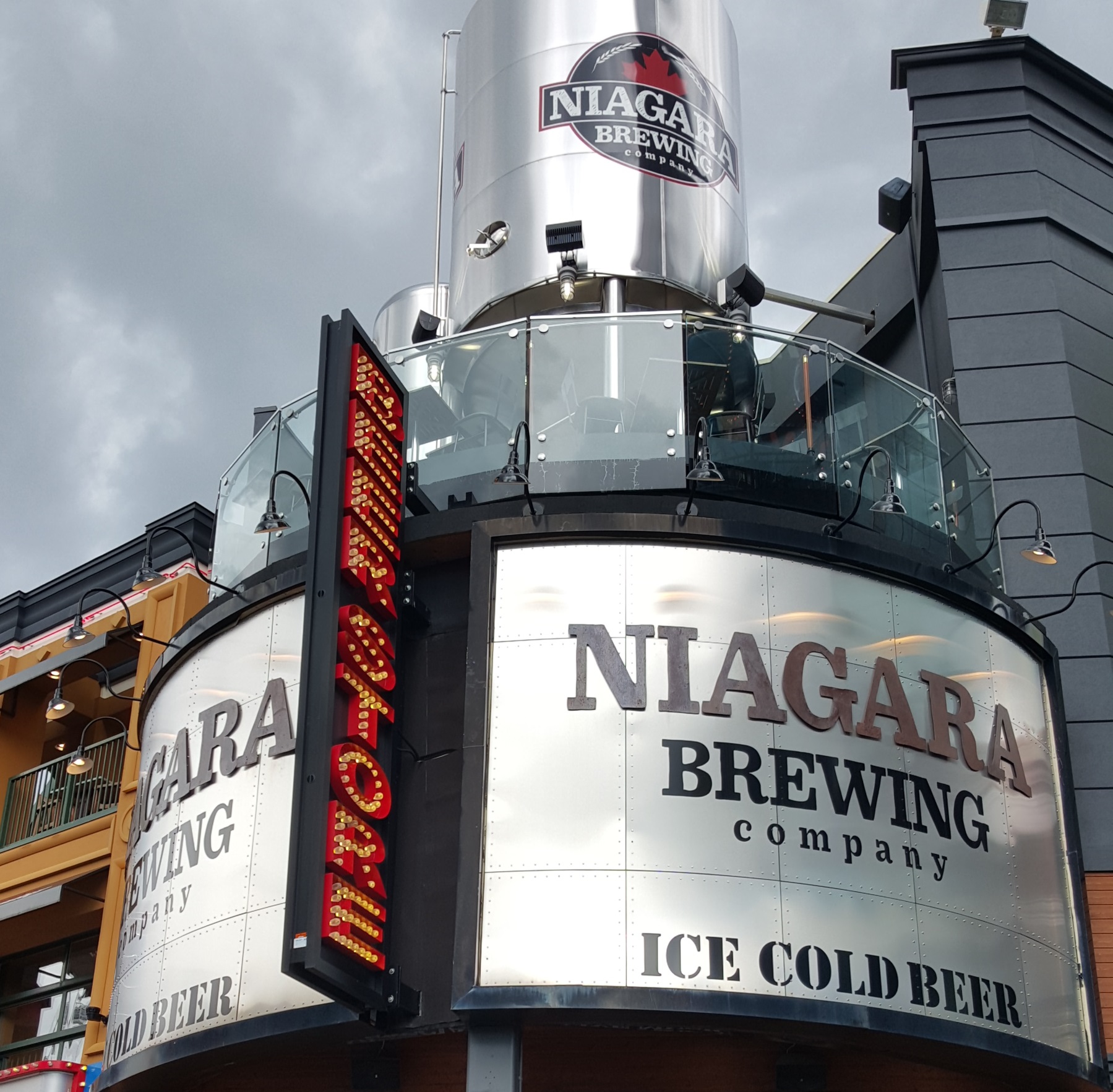 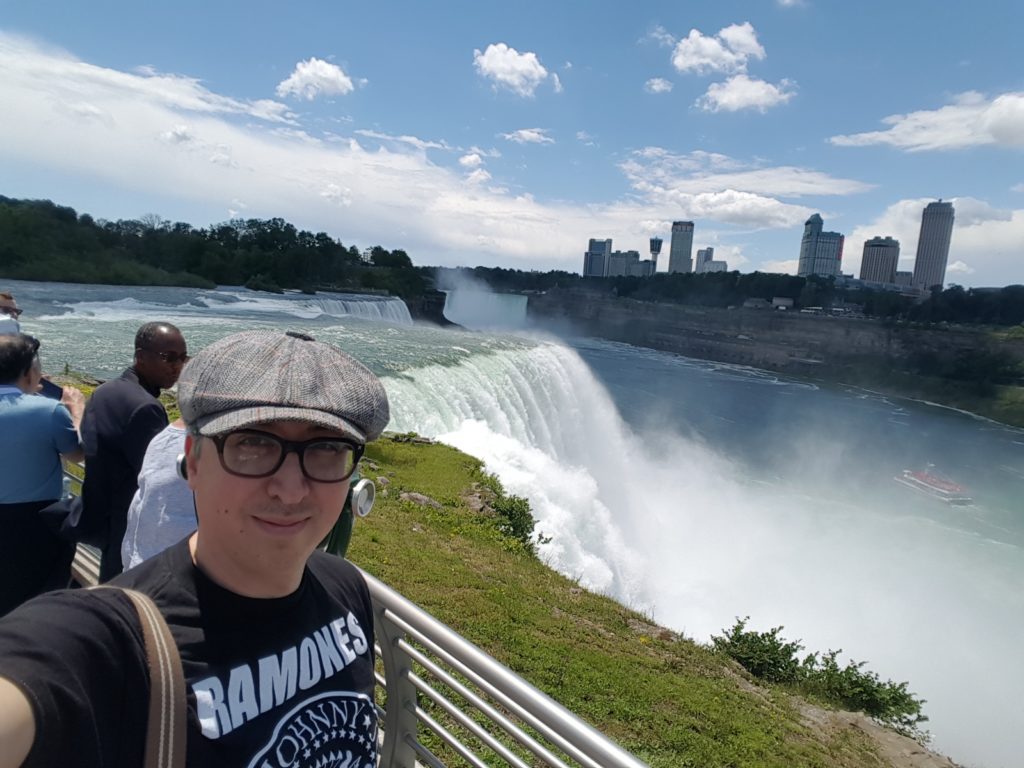 Some months back, I was on a road trip to New England to work an event for PMQ. Planning out my drive, I opted not to take the Appalachian route, but a more northern trajectory that would route the Pizza TV van through upstate New York. As I had never visited Niagara Falls before, it seemed like a good opportunity to seize the day and make the pilgrimage.

The falls themselves were quite impressive. Father Louis Hennepin, the first European to ever lay eyes on the waterfall, described it thusly:

“Waters which fall from this horrible precipice, do foam and boyl after the most hideous manner imaginable, making an outrageous noise, more terrible than that of thunder.”

Well suffice to say, Father H. clearly did not see the beauty that newlyweds appreciate in the “Honeymoon Capital of the World.” Eye of the beholder, I suppose.

I’d come prepared with my passport to make the journey on foot across the Niagara Falls International Rainbow Bridge to visit our neighbors to the north for the first time.  After exchanging some American Federal Reserve Notes for the polymer substrate bucks of Canucks, I strolled down the walkway enjoying the Canadian side view of the falls. 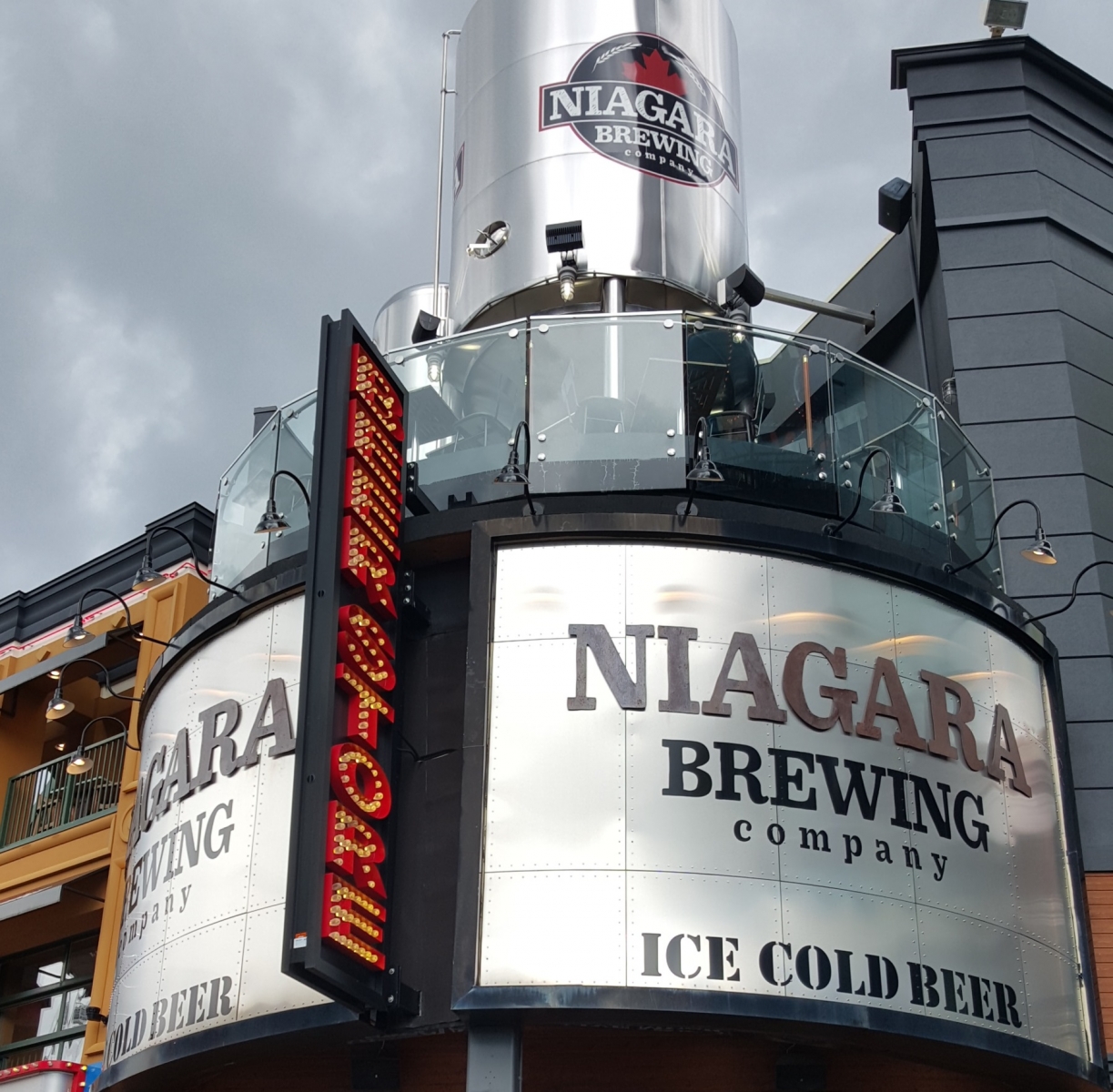 Looking for a good place to rest my legs and have a frosty brew, I stumbled across the Niagara Brewing Company. A little brew pub restaurant on the tourist trap strip of Niagara Falls, Canada, they feature a small menu that includes a wide variety of house craft beers.

Prominently on the menu were a selection of artisan flatbread pizzas adorned with toppings such as local provolone cheese; house made marinara; artisan-crafted cacciatore; and Ontario salted arugula. The pizzas proved popular, as they were moving out of the kitchen and being devoured so quickly, it was difficult to get a picture. 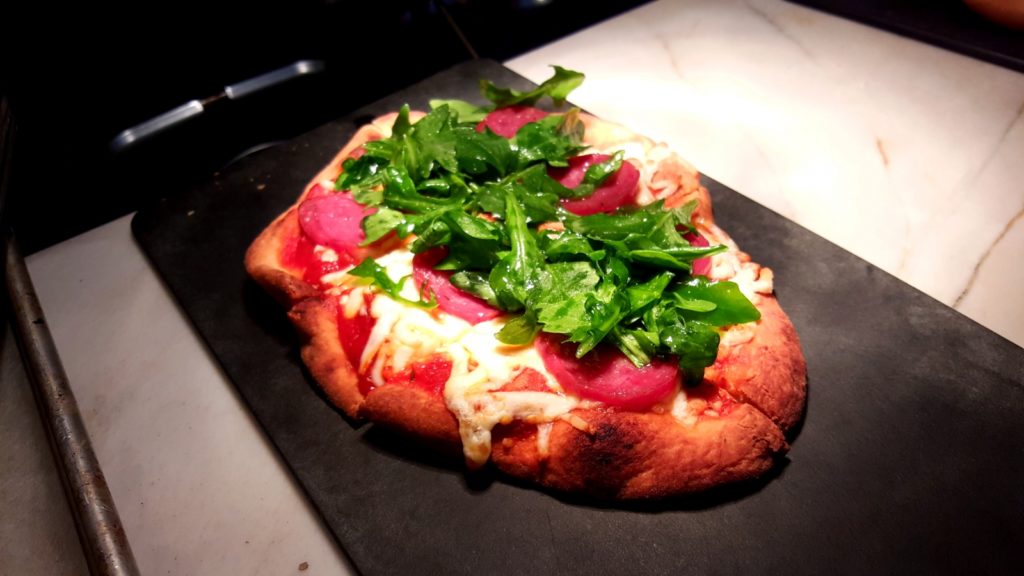 For the discerning customer, a smorgasbord of other options were available including charcuterie plates, signature sliders, and meaty sandwiches.

A solo musician with a guitar and looper pedal provided a tuneful atmosphere of relaxing melodies while customers such as I enjoyed a Black Lager (one of their house-brewed craft beers).

Unfortunately, I couldn’t tarry long, and had to leave Canada to get back on schedule. But Niagara Brewing Company’s busy dining room and years of success prove that travelers will gladly pay more to escape the tourist traps in favor of craft cuisine. If you’re located in a touristy area, this might be the niche model for you, too.