Back to the Future: PMQ Celebrates Its 25th Anniversary - PMQ Pizza Magazine 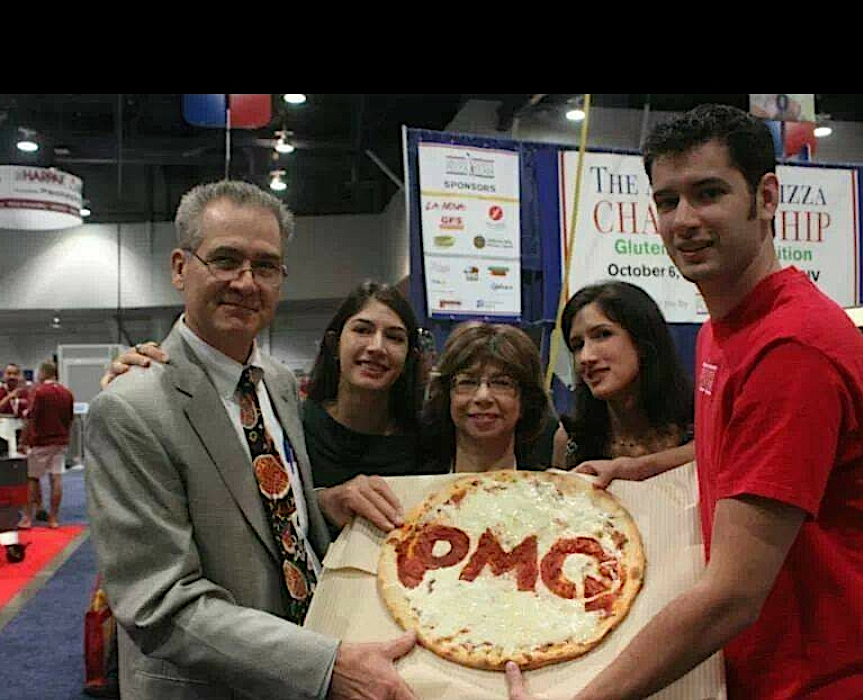 PMQ was a Green family business from the start.

To a time traveler from the late 1990s, the world today would look rather strange in some ways. If she was a pizza marketing professional, it might seem downright bewildering. Still no flying cars, true, and robots are, thus far, mostly just mechanical claws. But in only a couple of decades, the marketer’s tools have evolved at a breathtaking pace. Even those of us who have lived through the changes since we were young can barely keep up.

York wasn’t wrong. Twenty-five years ago, the internet was still a rather clunky system, and most Americans didn’t own a home computer, much less a modem, to access it. Your phone was for talking, not texting; even if you could carry it with you, it wouldn’t fit in your pocket or purse. And who wanted it to?

Yet PMQ publisher Steve Green—a pizza industry marketing wizard who knew his way around databases—already envisioned his magazine as a future digital powerhouse. By early 1998, he had launched PMQ.com, an online companion of sorts to the print edition.

From the get-go, Green, a former Domino’s franchisee, wanted PMQ to be “the marketing department that independents can’t afford to have.” He’d toiled for years in the stuffy, rigid corporate world while his sympathy lay with the little guys. Now, as PMQ marks its 25th anniversary, it remains a family-owned business—just like the ones most of its subscribers have. But as the times have changed, so has PMQ. And helping our readers keep up remains priority No. 1. No matter how crazy and unpredictable those changes might be.

The “Reel” Thing
For Rolf Wilkin, the first pizzeria owner featured in PMQ, marketing dollars in 1997 went to three areas: direct mail, database marketing and “electronics”—that is, TV and radio. Today, fans of Eureka Pizza, headquartered in Fayetteville, Arkansas, don’t need an antenna to tune into the latest Eureka Pizza news. Just log onto Instagram or Facebook, and there’s Wilkin, shooting videos in the kitchen with his phone, showing off his Meatza Pizza with St. Louis-style Provel cheese or the Eureka Supreme with Boom Boom Sauce.

Few technological advances have impacted pizza marketing like social media. Prior to its advent, operators had to shell out thousands of dollars just to get a TV spot produced. Getting that spot on the air cost thousands more. For Pizza Hut or Domino’s, that was no big deal. For a local independent, that could have been their kid’s college fund.

But when it comes to marketing pizza, visuals have always mattered: People see your pizza, people want your pizza. Most PMQ readers today are capitalizing on the power of video combined with social media. Instagram, for example, now teems with Reels videos that showcase pies bursting with eye appeal—most, if not all, of them shot with a smartphone.

Take Pizzaboy Pizzeria Italiano, a Chicago eatery opened by Carlo and Cristina Bertolli in late 2020. Virtually every post on their Instagram page is a Reel rather than a static photo. Maybe it’s a mouthwatering view of Pizzaboy’s Steak Fajita pizza spinning on a platter to a hip-hop beat or the Bertollis’ eight-year-old daughter gleefully introducing a pie she just sauced and cheesed. Likewise, John Arena, co-founder of Metro Pizza in Las Vegas, has turned his company’s Instagram account into a one-show TV network—all pizza, all the time. One recent Reel featured a delectable pineapple-and-meat pie and a child’s voice whispering, “Shhh! I can’t do negative today. Positive vibes, positive vibes.” In another Reel, someone runs a slicer across a pie loaded with toppings. That’s it—that’s the video. Watch it, though, and you’ll want that pizza now.

Metro Pizza’s videos garner thousands of views—sometimes 50,000 or more. Think about that: Up to 50,000 Instagram users might see your video, which was shot in minutes and didn’t cost a dime to make. Who needs TV?

Pizza Princess G
Social media users may one day tire of scrolling through videos all day, but the booming popularity of TikTok and Twitch—which attract a younger crowd—suggests otherwise, at least for now.

With that in mind, Giuliana Calascibetta, district manager for Cam’s Pizzeria, with six stores in upstate New York, might be the pizzeria marketer of the future. In addition to running her family’s restaurants, Calascibetta has built a growing fan base on Twitch, where her PizzaPrincessG account has more than 40,000 followers. Throughout the week, you can log onto Twitch and watch her making pies, serving customers, chatting with employees or just goofing around, all live and close-up, for hours at a time. Her recent Twitch broadcasts have garnered more than 7,000 views—and she’s just working at her job.

Calascibetta says she started streaming on Twitch during the pandemic. She often found herself working alone at her restaurant during the shutdown and longed for more human connection. “I didn’t really know how to use the platform and had never watched any streams before I downloaded the app,” she recalls. “I literally just swung it and pressed ‘Go Live’ and talked to whoever joined the stream, which wasn’t very many people. From there, I started showing my chat how I make pizza, how I make dough, ranting about customers, and pretty much everything that involved a day in my life working at Cam’s Pizzeria. I realized that the more I streamed my work days, the more I became excited about what I did while I was there. Not only did I have people to talk to now, but I could entertain a live audience!”

It certainly helps that Calascibetta has loads of personality—she grew up dancing and performing in musical theater and isn’t one bit shy. But her Twitch streams are raw and unedited; whatever she’s doing at the moment—whether it’s stretching dough or boxing a pie—that’s what you’ll see.

That makes Calascibetta the winsome face of the Cam’s Pizzeria brand in a way that a TV viewer in 1997 couldn’t fathom. “Customers order their pizzas online and can tune in to my stream and watch them be made right after placing an order,” she says. “It really is an excellent way to connect with customers. I’ve even had people venture to Rochester from all over the country just to meet me and try out our pizza!”

Move Over, QS-1000
It’s safe to say our time traveler from the 1990s never saw any of this coming. She likely also didn’t foresee the rise of Yelp. In 1999, pizzeria operators still counted on their guests to provide feedback the old-school way—with a kind (or grumpy) word to the server or manager, maybe filling out a card at the table. In PMQ’s winter edition that year, we spotlighted feedback technology that surely must have felt cutting-edge at the time: the QS-1000, an electronic device for conducting post-meal surveys. Diners tapped out their responses to preprogrammed questions, and the answers could be “reloaded into your computer” to generate “simple yet often enlightening” reports.

That sort of tech might sound like sweet relief to modern-day pizza pros who have suffered the slings and arrows of outrageous Yelp reviews. Yelp has been weaponized in recent years and can do more damage to a restaurant’s reputation in a single day than a horde of rats in your dining room. Then again, smart operators who carefully manage their Yelp page can minimize the negatives of crowdsourced reviews while also showcasing the positive feedback that makes their pizzeria special.

And who among us could have imagined, 25 years ago, that pizza delivery could become so complicated? In PMQ’s Summer 2000 issue, two pizzeria owners spoke candidly about their decision to add a fee to every delivery order. After much anguish, they finally did it, but they didn’t want to. So what would our time traveler from 1997 think about corporate giants like DoorDash and Uber Eats? These companies charge both the restaurant and the customer for delivering their food. Moreover, many customers order your pizza through them when they could just as easily order it directly from you!

But, for some pizzerias, especially those that previously couldn’t deliver at all, third-party platforms have been godsends as labor costs keep soaring. Our time traveler would surely shake her head in wonderment.

Embrace the Change
OK, so the pizza marketing world has changed a lot since PMQ first hit mailboxes in 1997. Change is inevitable, after all, and it’s usually a double-edged sword. Still, as Calascibetta’s story illustrates, some things haven’t changed. Like the need for human connection, for food that nourishes the body and the soul, for meeting and learning from people who feel passionate about what they do and want to share it with you.

And that’s what the pizza industry is still about. The work you’re doing in your pizza shop, day in and day out, matters, however tedious it might sometimes feel. But now you’ve got better tools to show off the fruits of that labor, more—and much cheaper—ways to engage your customers, and, above all, more opportunities to build a community centered around your restaurant.

True, it’s not the kind of community that our time traveler would recognize. But it’s a community in which young people like Calascibetta and others in her generation—the customers who will keep your business alive for decades to come—feel right at home. No doubt the world will keep right on changing, and you’ll have to keep right on learning. So accept it. Embrace it. Keep adding to it and making it better. After all, it’s the only world we’ve got.