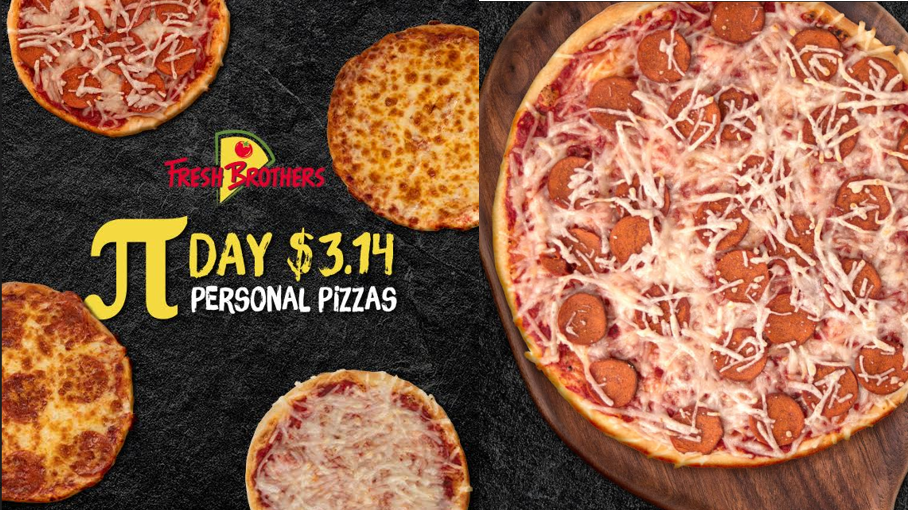 According to a press release, Fresh Brothers’ new plant-based pepperoni offers eight grams of protein per serving without the saturated fat or cholesterol found in the traditional topping. “Crafted with soy protein, spices and rice flour, the vegan pepperoni has a bold, smoky flavor that pairs perfectly with any Fresh Brothers pizza, salad or slider,” the company says. “As a plant-based bonus, fans can swap out regular pepperoni for the new vegan version on any pizza complimentary for a limited time.”

In honor of Pi Day and the mathematical constant for which it’s named, customers can order a traditional Cheese or Pepperoni personal pizza—or go plant-based with vegan cheese and plant-based pepperoni versions—for $3.14.

“We’ve been looking for new ways to satisfy the needs of our plant-based fans, and we’re ecstatic to be one of the first pizza chains to offer vegan pepperoni that’s tasty and premium,” said Geoff Goodman, Fresh Brothers’ CEO. “As a bonus, we hope people take advantage of our Pi Day deal to try our latest menu offering and see for themselves how great it really is.”

Fresh Brothers also claims to be the first pizzeria to serve Impossible Meats and offers specialty pizzas with vegan, vegetarian and gluten-free options.

Other pizza chains nationwide have introduced plant-free pizza meat toppings in the past year, including Imo’s Pizza in St. Louis, which now offers ingredients from Impossible Meats, and fast-casual chain Pieology, whose menu features plant-based sausage, meatballs and diced chicken.