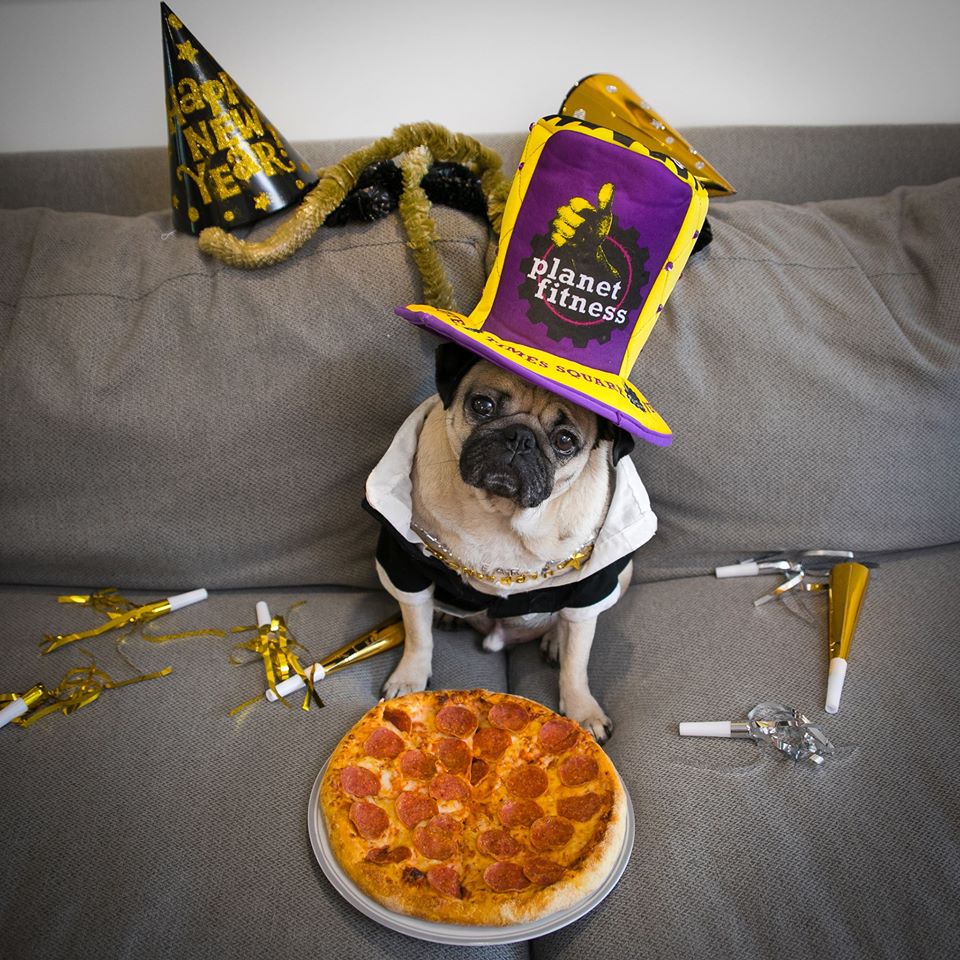 A chain of fitness centers has called “bullfit” on the notion that pizza can’t be incorporated into a healthy lifestyle and will host a “pizza, bagel and workout party” on National Pizza Day, February 9, to prove that it can.

Headquartered in Hampton, New Hampshire, Planet Fitness claims to have more members than any other fitness brand. The company has invited the public—including non-members—to join the event in its “Judgment Free Zone” from 7-10 a.m. and 4-7 p.m. (ET), February 9, at any of its approximately 2,000 locations in the U.S.

Related: Pizza is good for you, no matter what the media says

Planet Fitness will offer free bagels for the morning workout party and free pizza in the evening.

“Unlike traditional gyms, Planet Fitness has always believed that fitness can be fun, realistic and judgement-free,” the company says in a press release. “Planet Fitness’ pizza history dates back to 1999 when a day-long shortage of hot water in its Concord, New Hampshire club—the company’s third location—prompted its staff to order pizza for members in appreciation of their patience and understanding. The gesture was so well-received and fostered such a strong sense of gathering and community that Planet Fitness implemented a monthly free-pizza giveaway in all clubs shortly thereafter—and the tradition continues today more than 20 years later.”

The fitness chain hosts “Pizza Monday” on the first Monday of every month, with each club serving, on average, more than 5,500 slices of pizza per year—or more than 9 million slices annually. For morning workout-goers, every Planet Fitness location also serves bagels on the second Tuesday of every month; each club serves its members more than 2,600 bagels per year (equating to more than four million bagels annually).

Related: Nutritionist says pizza for breakfast is healthier than you might think

“As home of the Judgement Free Zone, we believe that working out doesn’t mean making sacrifices every day in order to reach your goals. You can still enjoy the things you love without making unrealistic choices,” said Jeremy Tucker, the chief marketing officer at Planet Fitness. “Our research shows extreme fitness expectations or the idea of depriving oneself in order to get results don’t resonate with the vast majority. There is a balance. In fact, carbs and cardio can go together, and we found America agrees.”

Related: Harris Poll finds that pizza is good for your love life

Planet Fitness commissioned a national online survey by Kelton Global, which found that pizza is a “much-loved food by just about every single American (98 percent).” But 54 percent of respondents said the fitness industry makes them feel guilty about enjoying an occasional slice.

“Planet Fitness is once again calling ‘bullfit’ on the common misperception that you cannot simply enjoy life while working out—rather than being shamed into living to work out,” the company said.