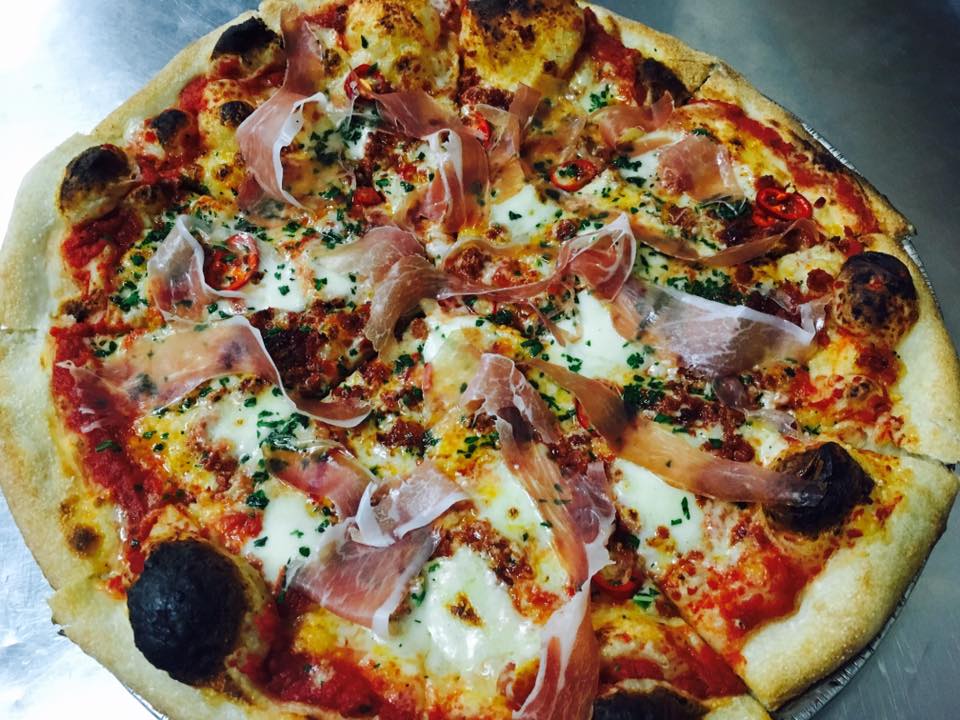 As the partial government shutdown continues, pizza restaurants are doing their part to help government workers who have been furloughed or forced to work without getting their paychecks.

Scratch Brick Oven Pizza in Johnson City, Tennessee, has been giving away free pies to government employees impacted by the shutdown since Friday, Jan. 4. The pizzeria made the offer on its Facebook page, noting, “It’s totally unfair what is happening to you. We are offering free pizza to anyone affected. Please bring your Gov’t ID and claim your free pie. Here’s hoping you are back to work soon.”

WJHL.com reported that Scratch gave away $50 worth of free pizza on the first day and $100 on the following day. “They’re very grateful, you know,” owner Jamie Wrestler told the TV station. “It’s the least we can do, really … If we can help some families maintain their sense of dignity and eat a meal out like they usually do, we’re happy to do it.”

Neal Brown, owner of Pizzology Craft Pizza in Indianapolis, has made a similar offer to government workers in his area. He said other customers have pitched in to help, too. “I’ve had some takers, but I’ve also had a lot of people reach out and offer assistance, like can we throw in gift cards or … someone offered to throw in wine, and I thought, wine makes people happy, so, yeah. It’s been phenomenal,” he told WTHR.com. 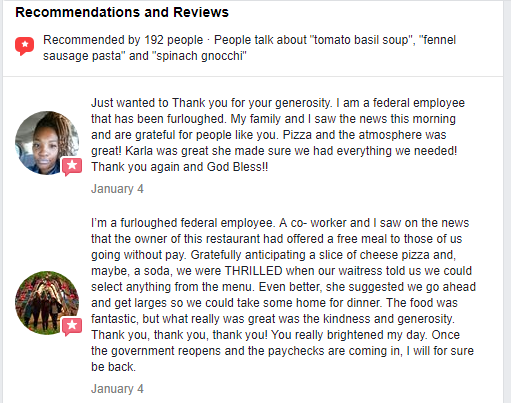 One Facebook user said Pizzology has been especially generous, offering more than just free cheese pies. “Gratefully anticipating a slice of cheese pizza and, maybe, a soda, we were THRILLED when our waitress told us we could select anything from the menu,” Andrea Harmon Dayharsh commented on Pizzology’s Facebook page. “Even better, she suggested we go ahead and get larges so we could take some home for dinner. The food was fantastic, but what really was great was the kindness and generosity.”

The Washington City Paper reports that the shutdown is keeping some government workers from dining in local restaurants. “We’re not eating out at all,” one Department of Justice worker, whose husband also works in the DOJ, told the publication. She said they used to dine out once a week. “Right now I don’t feel like going out anyway,” she said. “Everything we spend, we’re asking, ‘Where is the rest of the money for the mortgage going to come from?’”