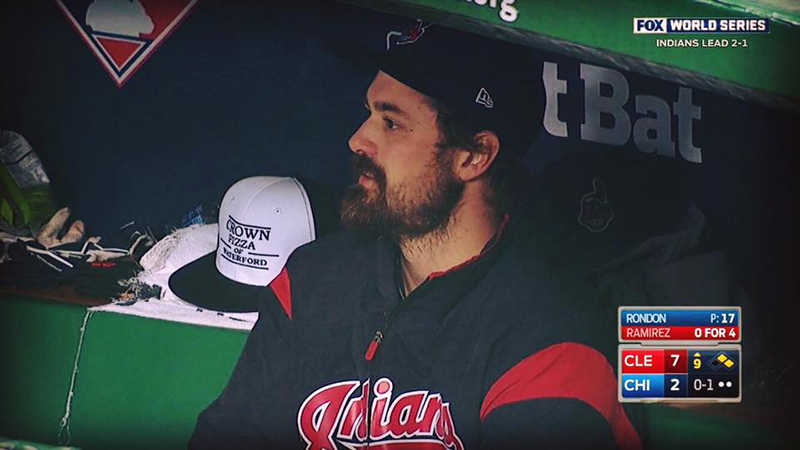 When Taso Vistas, owner of Crown Pizza in Waterford, Connecticut, gave a logoed cap to his most famous customer, he had no idea it would end up on national television. But a brief shot of the cap during Game 4 sent orders soaring for Vistas’ pizzeria, as Fox61.com reported recently.

Vistas has been friends with Cleveland Indians outfielder Rajai Davis since they were in college. Vistas describes Davis as “the most famous friend I have, or famous customer.” After the Indians earned their first visit to the World Series since 1948, Davis gave his old pal tickets to the fourth game. Vistas thought to himself, “Since he got me World Series tickets, I get him a hat in return, and we’ll be even. That’s fair, a fair price.”

Davis left the cap, emblazoned with the words “Crown Pizza of Waterford,” sitting in the dugout during the game, and one of the network’s cameras just happened to pan to a shot of the cap behind an Indians player. Within minutes, Vistas was getting flooded with phone calls and texts, and the phones started ringing at his pizzeria, too. “Stories are the best when they’re an accident, you know, and that’s why this one’s a great one,” Vistas told Fox61. “It wasn’t planned, and it’s great.”

It was a great night for the Indians, too. They won the game 7-2. 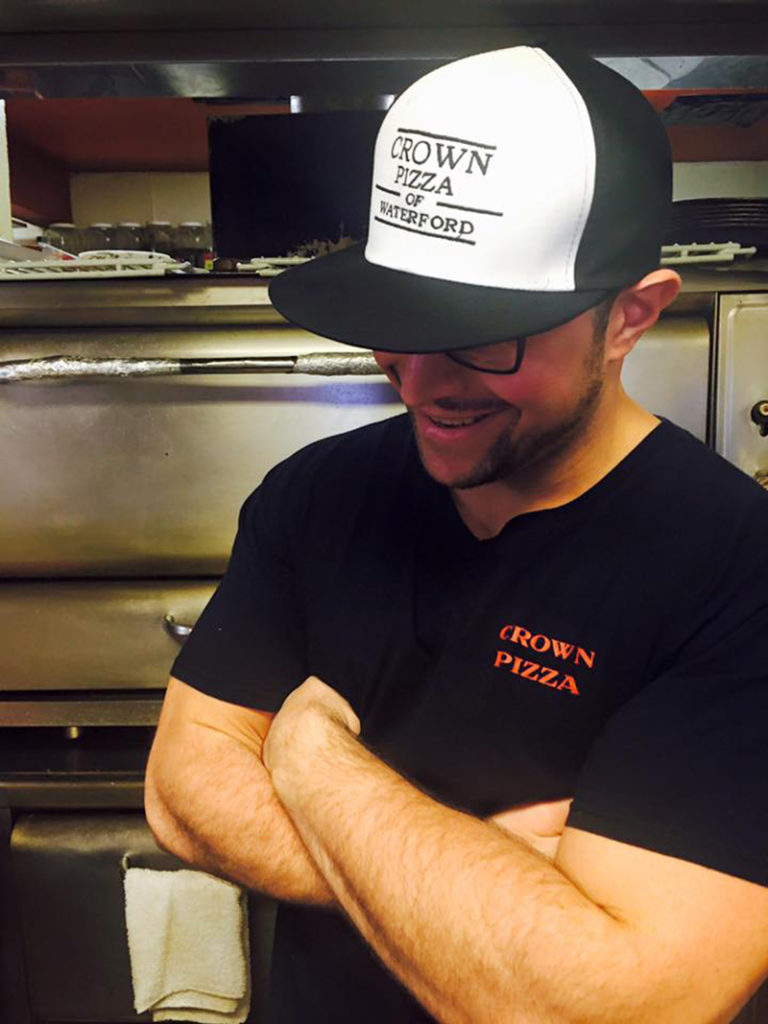