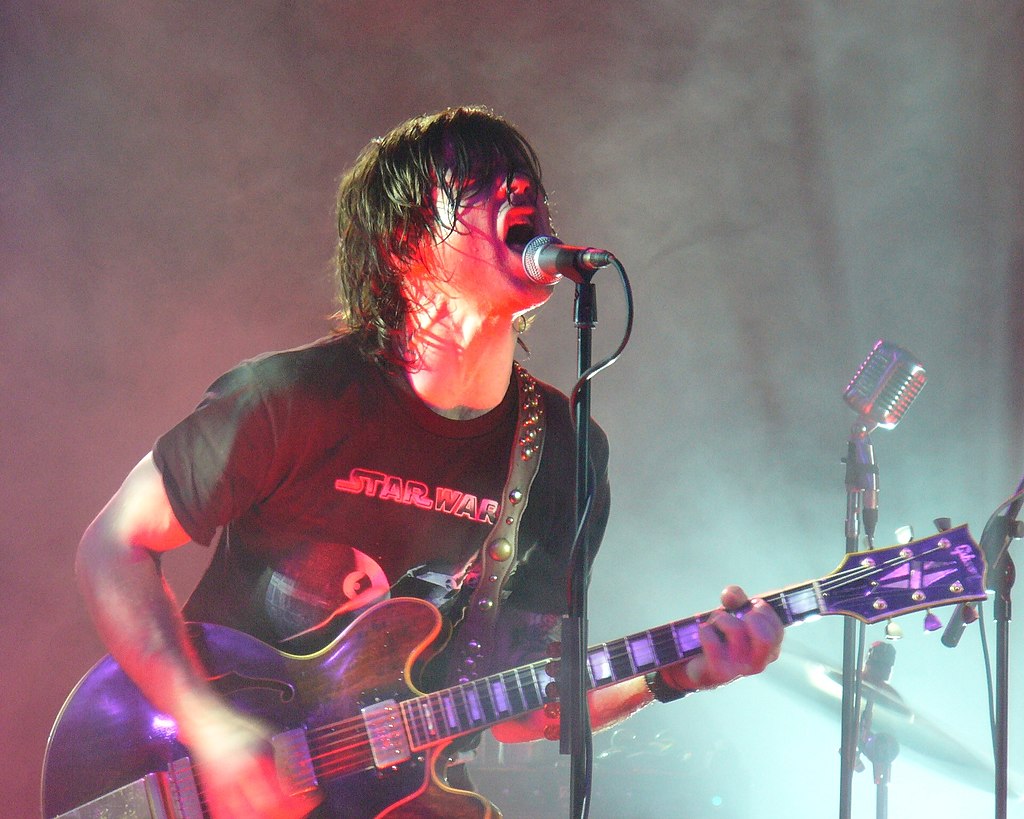 Fans of Ryan Adams are doubtlessly delighted by the menu at Sticks and Stones Clay Oven Pizza in Greensboro, North Carolina, where every artisanal pizza, sandwich, small plate and salad is named after one of the folk-rocker’s songs. But the popular pizzeria now has a difficult choice to make after several women publicly accused Adams of psychological abuse and inappropriate communications with an underaged girl.

As Eater.com reports, a longtime Sticks and Stones customer has asked the restaurant to change the names of all of its menu items—such as the Sweet Carolina (a pizza featuring sweet Italian sausage, wood-roasted chilis, buffalo mozzarella, Parmesan, parsley and lemon oil) and the Let It Ride (wild mushrooms, olives, arugula, fresh mozz,and ricotta, Parmesan, fresh herbs and EVOO).

The restaurant’s owner and chef named the pizzas and other items as a salute to Adams, who hails from nearby Raleigh, North Carolina, back in 2008. But Erica Lane tells Eater that she has urged Sticks and Stones to rethink their menu names in light of the allegations against Adams.

Multiple women told the New York Times that Adams offered to help advance their careers but then began to manipulate, harass and psychologically abuse them for sexual purposes. Among his accusers are his ex-wife, Mandy Moore, and emerging artist Phoebe Bridgers as well as a woman identified as “Ava,” who says Adams started pursuing her online and via text message when she was 14.

Adams has denied the allegations, which are being investigated by the FBI.

“I lived the experience of having someone come into your life pretending to nurture a dream, then really just sexually manipulating, using and abusing you,” Lane told Eater.com. She said the pizzeria serves “wonderful, wonderful food that I can’t stomach the thought of having in front of me.”

Adams is not an owner in the Sticks and Stones concept. A restaurant employee told Eater.com last week that he was not “sure what the situation is with [the menu]” and had not been informed whether the dishes will be renamed. Acting on Lane’s complaint will likely require the company to reimagine its entire slate of food offerings and reprint all of its menus.

Sticks and Stones describes itself as an “organic operation” that purchases “as many fresh, local and seasonal ingredients as we can get our hands on” while promoting sustainability and supporting the local economy. In addition to using recycled pizza boxes, the restaurant builds its menu around free-range, grass-fed beef and pasture-raised hogs as well as fresh milk, cream, cheeses and butter, all purchased from farms and dairies in the area. The company also recycles cans and bottles and donates money from recycled cans to local charities or individuals each month, according to their website.