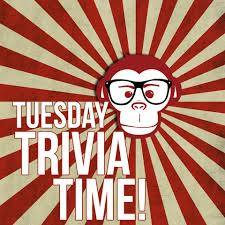 Pizza fans who are also passionate about Game of Thrones and classic rock now have a place to combine their obsession–Trivia Tuesdays at Empire Pizza and Bar in Fort Mill, South Carolina.

Theheraldonline.com details how 6-foot-6-inch Michael Burgess, nicknamed "Tiny," hosts the trivia competition with categories that include Geography, Things that Are Fast, Things to Do With Water and How Many Kids Did They Have on That TV Show, which is where the Game of Thrones angle comes in. Burgess says "I tell terrible jokes" and he urges competitors to relax because "It's just a game." Burgess has hosted trivia night at the three Empire Pizza and Bar locations for 4 1/ 2 years, and at the Fort Mill location since it opened. Winners receive prizes like free food and drinks to gift cards.