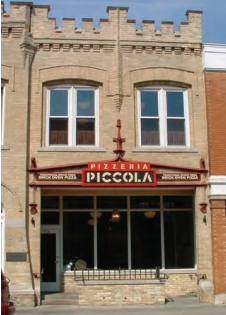 Pizzeria Piccola (pizzeriapiccola.com) in Wauwatosa, Wisconsin, isn’t very big. In fact, this restaurant’s name translates from Italian as “small pizzeria.” A modest yet prized brand in the 11-unit Bartolotta Restaurant Group, founded by brothers Joe and Paul Bartolotta in 1993, Pizzeria Piccola measures less than 2,000 square feet but manages to bring in nearly $1 million in average annual sales. What’s key in this hole-in-the-wall success story: Since opening its doors in 2003, the pint-size pizzeria has built a reputation for crafting high-end, wood-fired pies; offering hospitable alternatives for customers with celiac disease; and, more recently, embracing neighborhood causes. Every Sunday night, the rustic-style restaurant lets area charity volunteers man the front of the house for a percentage of the night’s profits and tips. Over time, these “Society Sundays” have raised thousands of dollars for area charities and built customer loyalty, and the program shows no signs of slowing.

To dive further into Piccola’s business philosophy, PMQ tracked down Bartolotta Restaurant Group president Joe Bartolotta to discuss how Pizzeria Piccola has kept business in the black while pioneering wood-fired pizza in the traditionally chain-driven Midwest.

What was your inspiration for Pizzeria Piccola?

When my brother and I opened our first restaurant, Ristorante Bartolotta, 17 years ago in Milwaukee, there was a heavy concentration of Sicilian cuisine, but it was typically cooked in deck ovens. We were the first restaurant in Milwaukee with a wood-fired oven—it blew people away! So when a very small space opened next door, we jumped on it. I had always wanted to do a rustic Italian pizzeria. We wanted to do something really high-end and hoped people would get it. So we opened shop, and seven years later here we are. 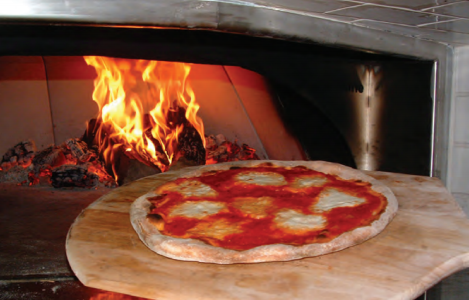 Were there any challenges with having the only wood-fired oven in town?

The hardest thing was finding a good source of wood. Most cuts of firewood were much larger than we needed. But we eventually found a good provider. We burn hard woods, mostly oak and hickory.

How many people can your pizzeria seat?

We have a nice outside patio; that helps in the summer. There’s a small dining room on the second floor that seats about 40. Basically, the whole first floor is an open kitchen. It’s gotten to the point where the restaurant is about as big as we want it. We want a neighborhood atmosphere. We’re defi nitely a local brand; everything is very localized. I would say our customers come from about five to six miles in any direction.

Tell us about your menu.

We never wanted it to be too big. We have eight pizzas on the menu that are standard, plus a couple of special pizzas nightly. We have a few salads and appetizers; we even have a few pasta dishes. Our menu changes in response to what our customers are asking for, but our biggest strength is cooking in the wood-fired oven.

How did “Society Sundays” come about?

I wish I could take credit, but our general manager Irene Lannoye came up with the idea. Sundays are typically a little bit quieter, so we wanted to find a way to embrace the community, drive business and keep costs down. The basic concept is to loan the pizzeria out to a charity and let them handle the marketing internally, and create a day in their honor. If a church is doing a Society Sunday, they tell everyone in the congregation, “If you want to eat out on Sunday, go to Pizzeria Piccola, because 10% of the night’s profits and 100% of the tips go to the church.” We use our own cooks, but all of the front-of-the-house people come from whatever organization we’re supporting that night.

So this happens every Sunday?

Every Sunday. Some nights are bigger than others. With a big church, we’ll have a line out the door. If we’re helping an organization like a Cub Scout group, it’s noticeably smaller. But those guys are just as important; they’re raising money for a good cause, too. People have a blast and because they’re waiting on friends and family, nobody gets upset if service is slow. It’s really just a fun environment. It’s not a huge moneymaker, but it brings the community together.

Tell us about your gluten-free offerings.

That was us being responsive to the marketplace. It’s important to listen for what customers are asking for. Celiac disease, for some reason, has come out the past few years. Our gluten-free recipe is something my chef created over a long time, and it’s just as good as a lot of other dough out there. The challenge is that we have to make it in advance and freeze it, because you can’t make it per order and you never know when you’re going to get a call for it. A lot of people buy six dough balls at once and take them home and freeze them. They just bring it with them whenever they want to eat out. We let people bring their own gluten-free pastas, too. We just think that’s good hospitality, and we’re selling more and more gluten-free products all the time. 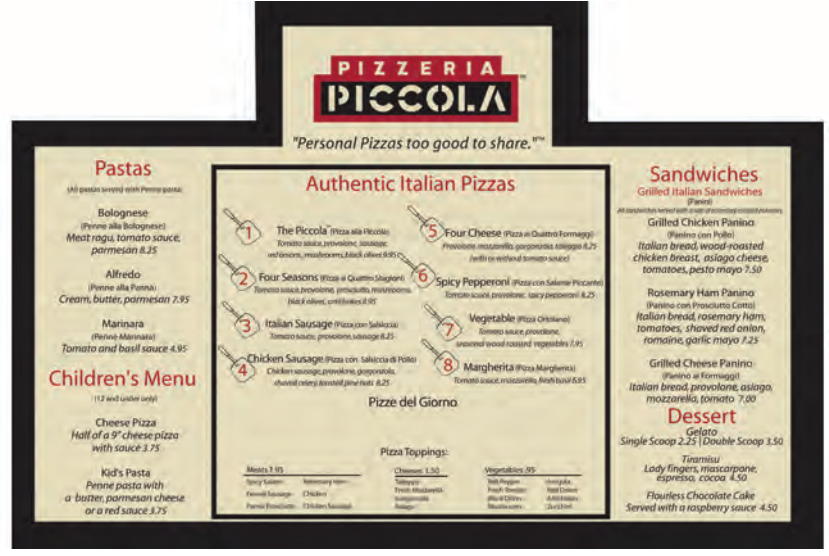 Do you offer discounts or specials?

We don’t want to get into a war with the big guys, because we can’t compete with them. But we do have a birthday club and loyalty plans where if you buy nine pizzas you get the next one free. We also have developed a line of frozen pizzas, and we’ll ship half-baked pizzas around the country if a customer wants. But from a marketing standpoint, we stick to charities and good causes. I think Society Sundays have been a really good way for us to connect with the surrounding community and market our brand.

The best marketing tool is your flavor profile and the quality of your food. That may sound cheesy, but I’ve found that it’s true. The best way to spread your brand is qualitatively. We use quality ingredients, and we cook them well. Every day we serve the freshest, tastiest pizza we can. Is there a magic bullet for marketing pizza? I don’t think so. If there were, the big guys would have already found it.

Have you embraced any social media?

We’re just starting, actually. We hired a social media coordinator on our corporate staff who is doing Foursquare, Yelp, Twitter and Facebook. We’re going to start blogging for all of the Bartolotta Restaurants, too. So, yes, more and more it’s becoming a priority. The market is changing so rapidly—and with young people, you’ve got to keep up. When we tweet that we’re giving a free soda with the purchase of a pizza, we’ll have eight or 10 people come in. This shows that the customers are out there and listening; it just takes time to build up a voice.