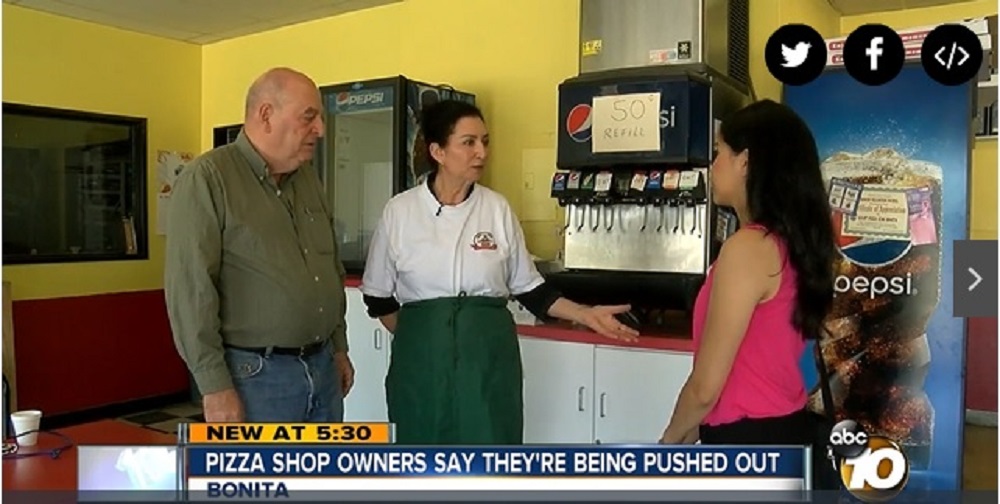 After 22 years in its strip mall location in Bonita, California, the owners of Giant Pizza King say they are being forced out, according to KGTV San Diego.

The pizzeria's owners, Raad and Nisreen Stephan, claim that their landlord is refusing to cash their rent checks and telling them that they need to leave.

The reason, they say, is because the landlord wants to rent their space to a drive-through Starbucks.

The two parties will now go to court over the matter, according to the article. The landlord states that the lease expired in June of 2016, while Raad Stephan says that he had the option of a five-year extension that the shopping center owners are not honoring.

A court date has not been set, but some of Giant Pizza King's loyal customers have already said that they'll be there to support the Stephans, according to the story.