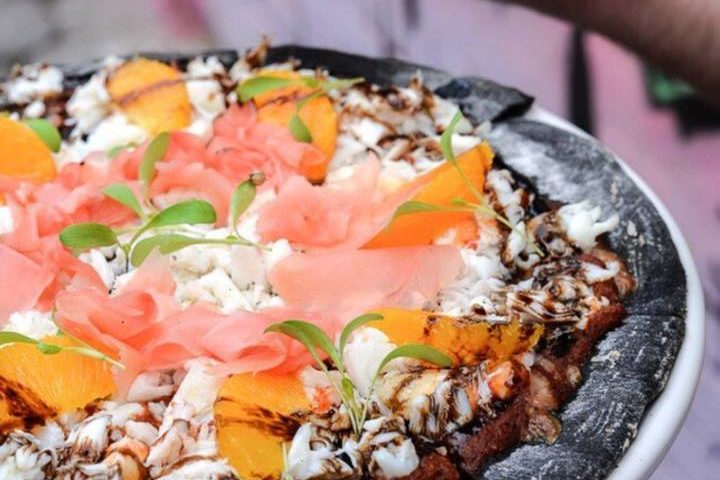 Owners Kyle Stagoll and Dave Nelson said they “lost everything” after they opened a second location of Sash, their fusion restaurant that served two types of sushi pizza – one featuring raw fish piled on top of blackened squid ink dough, and the other, dubbed “sashizza,” made with crisp oven-baked rice.

The Melbourne-based restaurant expanded into a new location in Surry Hills (a suburb of Sydney) this past spring, but three months after opening, the owners ended up liquidating the restaurant with debts of $436,000.

What happened? The owners offered a few theories: high wages in the hospitality industry, a slow local economy, and third-party delivery services. Award wages for their 52 employees were the owners’ largest complaint.

“Most of our competitors who have been successful over the past few years have been paying staff under the award rate; it seems the only way venues can stay ahead. Does that mean hospo [sic] workers are drastically overpaid for the value they produce for a business? Probably. We always paid the award and above to all staff. You simply cannot, otherwise the fines are massive. If we weren’t paying the award, we’d probably still be open,”  Stagoll told the Sydney Morning Herald.

Sash’s owners encountered searing mockery on the internet for blaming high wages, rather than their unusual menu, for the restaurant’s failure. Junkee reported the Twitter response, which mostly criticized the dining concept.

If you start a business in an industry famous for wafer thin margins a cost structure made up mostly of wages, where all your competitors will be ripping their staff off, maybe you need a better dining concept than ‘sushi pizza’

The thing is… the problem is not that wages are too high. The problem is that it’s easy for these businesses to underpay their staff and get away with it. Much easier than say… charging consumers more

“Surry Hills sushi-pizza restaurant Sash has been placed into liquidation with debts of $436,000, three months after opening, with the founders blaming high wages, high rents, a slowdown in consumer spending, UberEats, and everything except themselves.”

My favourite is when they blame high wages and a slowdown in consumer spending simultaneously. Like, we have to give people enough money, and people don’t have enough money. These are people who actually attempted to run a commercial business.

Yeppp.
“Miso hungry”
“Happy ending”
“Is that a chopstick in your pocket or are you just happy to sashimi” pic.twitter.com/80ctvuWf82

The original Sash is still in operation in Melbourne, although the owners had to cancel an expansion into Brisbane due to financing issues. The owners had spent more than $900,000 on the fit-out of the now-closed location so they hope a buyer will pay enough to cover the debt. The owners feel the failure was a perfect storm of factors.

“Originally the business got off to a flying start, and it was looking great, then the election, double long week[ends] and cold weather hit, and, like most venues nearby, our revenue dropped about 40 percent, and a new business with loans couldn’t survive. UberEats has really killed midweek dining – never in our wildest dreams did we think we’d be as quiet as we were midweek in the last few months. Our Melbourne business is similar – fully booked on a Saturday night … but all week we can’t get anyone in there,” Stagoll told the newspaper.

The question remains: Was the dining concept itself a failure, especially with raw fish as a featured topping? Or perhaps a combination of high wages, cold weather and third-party apps are to blame? Or did the owners spend too much on a new location?

Either way, the sushi pizza dining concept lives on at the original location in Melbourne for curious diners eager to try something different.