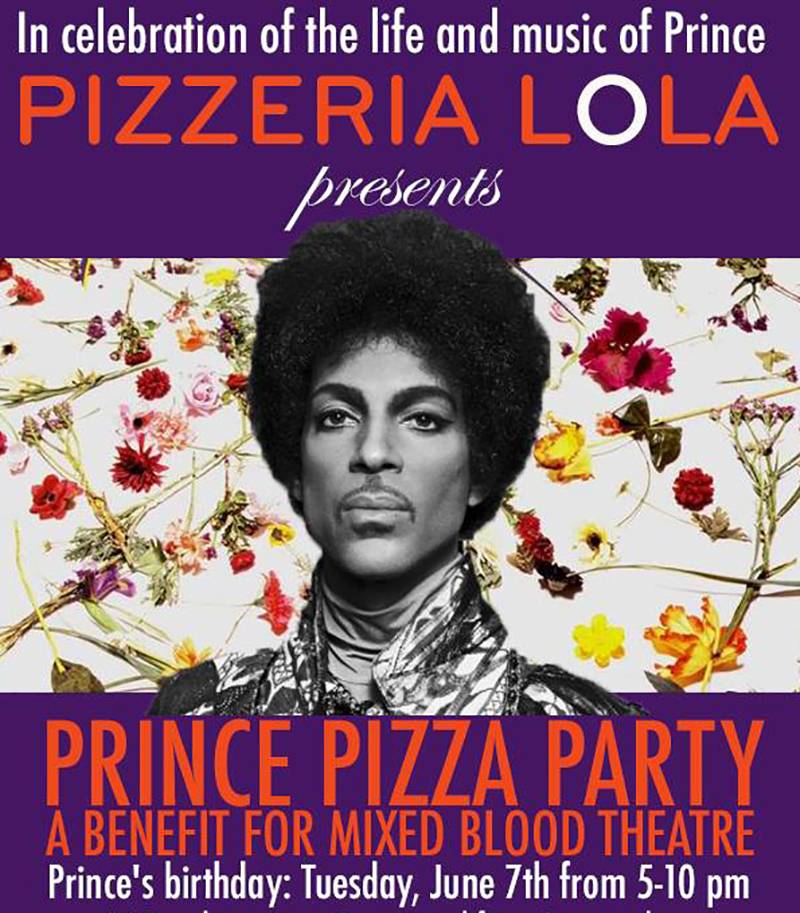 The people of Minneapolis are still coming to grips with the death of that city’s most famous—and beloved—native, the artist formerly and eternally known as Prince. Various events and tributes have been held in the weeks since the rocker’s passing, and Pizzeria Lola joined with a special Prince Pizza Party held on June 7, Prince’s birthday.

The event raised funds for Mixed Blood Theatre, an organization that Prince had supported for years. Pizzeria Lola owner Ann Kim was an actor on the Mixed Blood stage, according to CityPages.com, and wanted to pay homage and “make Prince proud.”

The Facebook announcement of the Prince Pizza Party garnered 157 likes and 44 shares. One hundred percent of the profits from the event will be donated to Mixed Blood Theatre, according to Pizzeria Lola.