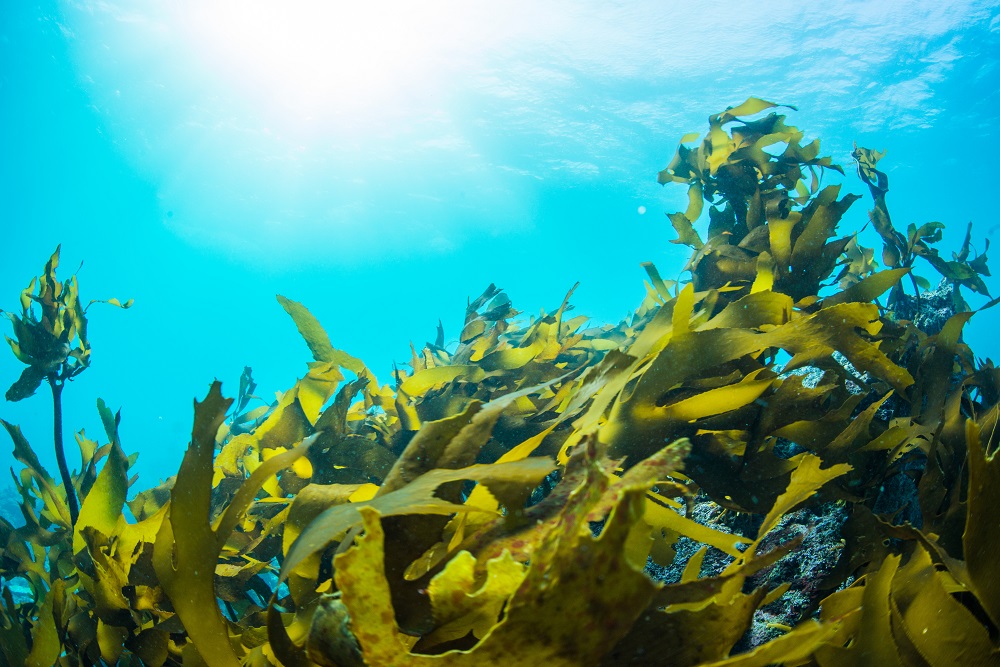 The humble seaweed doesn’t look like much, but scientists and nutritionists have found a myriad of uses, from cosmetics to medicines to salad mixes, for the aquatic microalgae. Now pizza makers at The Marine in Sidmouth, England, are exploiting the need for seaweed in a new signature pizza.

The popular pizzeria, known for sourcing local ingredients for its menu, has teamed up with Tony Coulson of Ebb Tides to create a seaweed-topped pizza that balances great “umami” flavor with nutritional goodness, according to the Sidmouth Herald.

Coulson harvests various types of seaweed, such as dulse, sargassum, laver and kelp, from the English Channel in East Devon, to create packages of seasonings and garnishes. Rob Papworth, a chef at The Marine, now uses the products to create signature pizzas. “It comes in at the end of cooking as it’s already dehydrated,” Papworth told the Sidmouth Herald. “We put it on to crisp it up. It’s very easy to manage and store.”

“I sell [seaweed] because of its flavor and goodness,” Coulson said. “When something is bland, the flavor of the seaweed is quite strong.”

Mike Lean, a nutritionist at Glasgow University in Scotland, and entrepreneur Donnie Maclean claimed in 2012 to have developed a “super pizza” using seaweed in the crust to boost the nutritional content and reduce sodium levels. “I researched the market and found that seaweed was an interesting new ingredient being used in artisan bread,” Maclean told the BBC at the time. “So we used that as a way of reducing the salt level [in pizza dough]. The sodium content of seaweed is about 3.5 percent compared to 40 percent in salt. There’s iodine in there, vitamin B-12, all sorts of things. And the flavor is excellent as well.”