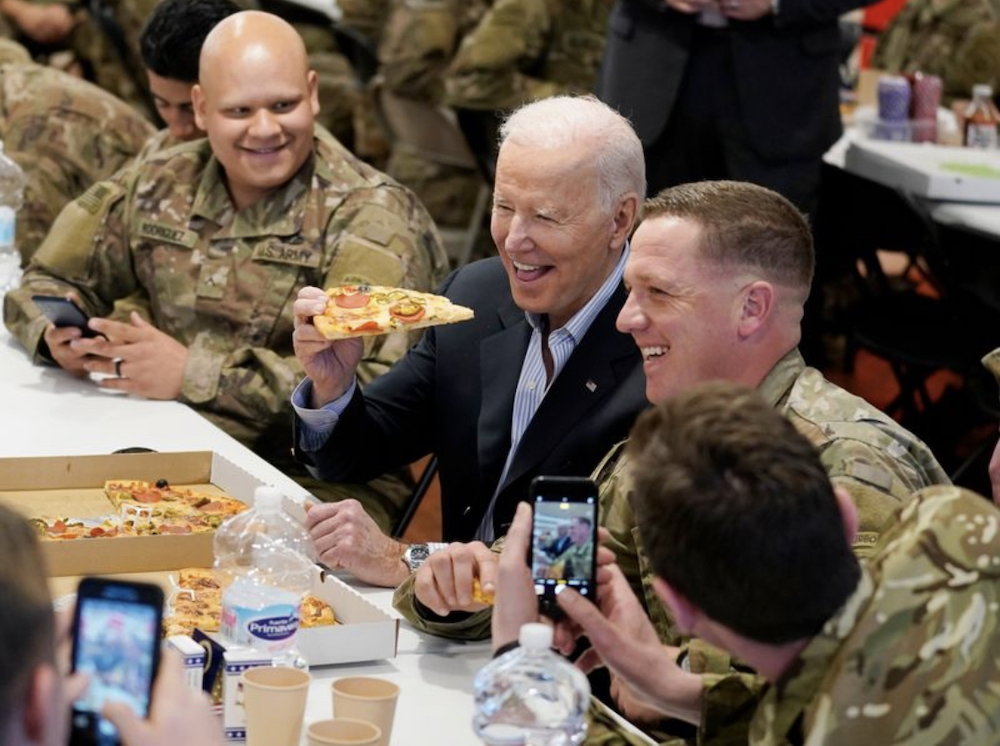 Related: The secrets to creating a better crumb structure

A photo op with American troops in Poland got a little too “heated” for President Joe Biden’s taste last week, but it spiced up sales for the restaurant that provided pizza for the occasion. The pie will soon be renamed in the president’s honor.

Pizzeria Gusto, located in Glogow Malopolski, a small town of about 5,000, had already been routinely filling orders for the U.S. military base, according to Notes From Poland. One of the soldiers’ favorites is topped with pepperoni and jalapenos, plus, judging from the photos, black and green olives.

But the jalapenos were apparently too much for Biden. After biting into a slice, he began dabbing his eyes and asked for water. Later, when he started coughing in a meeting with Polish president Andrzej Duda, he jokingly attributed the problem to the “pizza pie with hot peppers on it.”

Biden had been visiting with U.S. paratroopers from the 82nd Airborne Division when he was invited to join them for a slice. He was in Rzeszow, Poland, to meet with Duda for a discussion about the Ukrainian refugee crisis, but the Polish leader’s flight had been delayed. Biden took the opportunity to give American troops a pep talk, praising them as “the finest fighting force in the world.” 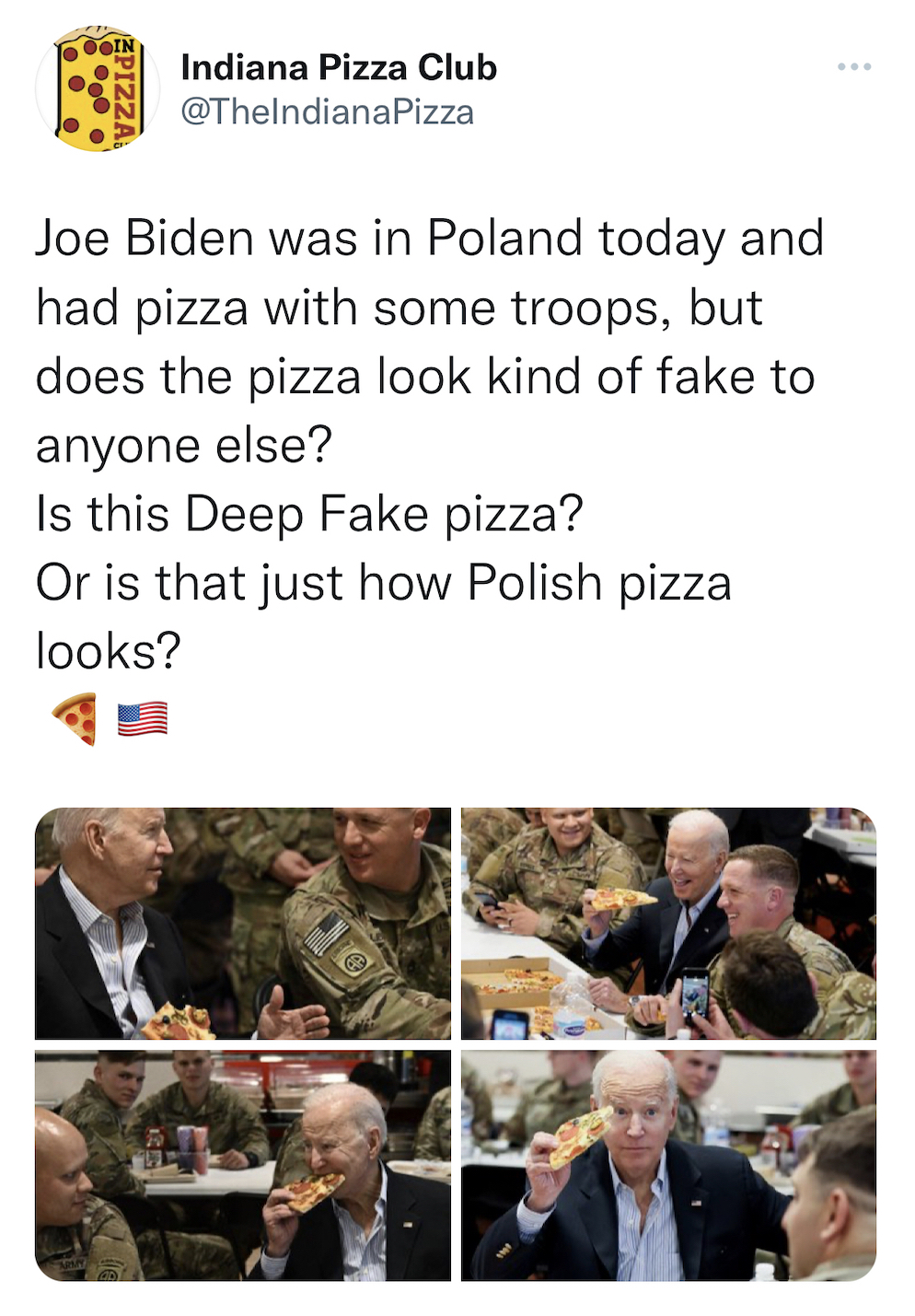 Some Twitter users speculated that the pizza was a fake prop—it looked stiff in the photos or perhaps just stale or cold. In a tweet on March 25, Indiana Pizza Club asked followers, “Does the pizza look kind of fake to anyone else? Is this Deep Fake pizza? Or is that just how Polish pizza looks?”

But the pies were the real deal, and Pizzeria Gusto co-owner Damian Drupka isn’t complaining about their use in a political photo op. “When I got home, I saw them giving the president our pizza,” he told a Polish TV station. “Impossible, I said. The phones rang off the hook. It’s crazy. I’d never have expected that the president of the United States would eat our pizza.”

Drupka told Gazeta Wyborcza, a Polish newspaper, that the military base had ordered 88 pizzas the night before. “We thought it was a meal for the president’s guards,” Drupka said. “The one that Joe Biden tried is very spicy, but the Americans very often order it and like it very much.”

Drupka added that the photos of the president’s meeting sparked new business for his pizzeria, with all tables filled and customers asked to return later in the week. He said he planned to rename the pepperoni-and-jalapeno pizza after Biden once things calm down. “We will certainly honor this pizza and display it very well in our menu,” he said.