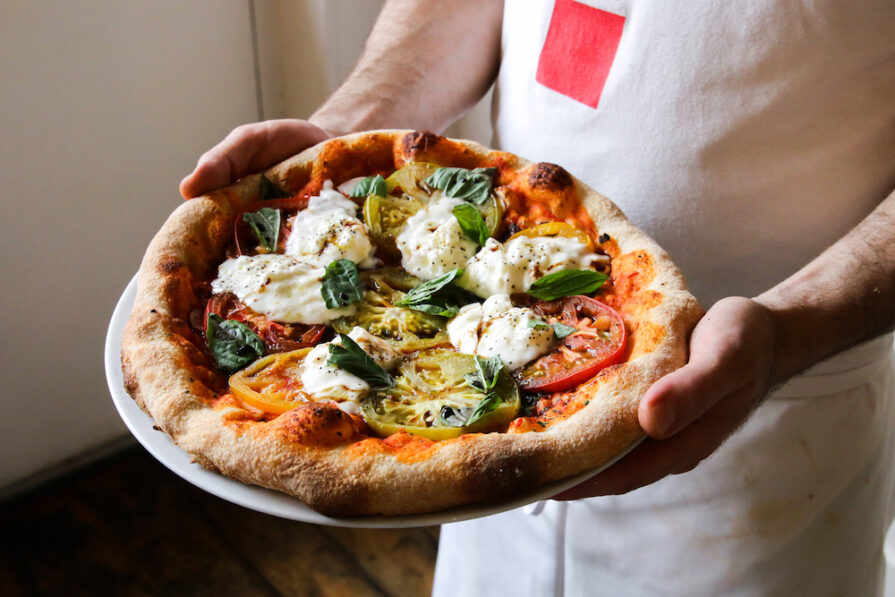 Vancouver’s Pizzeria Farina will celebrate its 10-year anniversary at its original location on Main Street with a limited-edition summer pizza special that tastes good and does good, with $10 from each sale donated to the Canadian Red Cross B.C. wildfire relief efforts.

Opened by Kitchen Table on August 18, 2011, Pizzeria Farina has become a go-to neighborhood pizzeria. As of Wednesday, guests can once again enjoy the famed Farina pizzas on site as the eatery resumes dine-in service to coincide with its 10th anniversary.

Pizzeria Farina is also getting a little nostalgic over its anniversary period by reviving the restaurant’s legendary Pistacchio Pizza ($25), adding it back to the menu for a limited two-week engagement, from Monday, August 16, to Sunday, August 29. The returning fan favorite features an Italian blend of fontina cheese, thinly shaved mortadella and toasted pistachios.