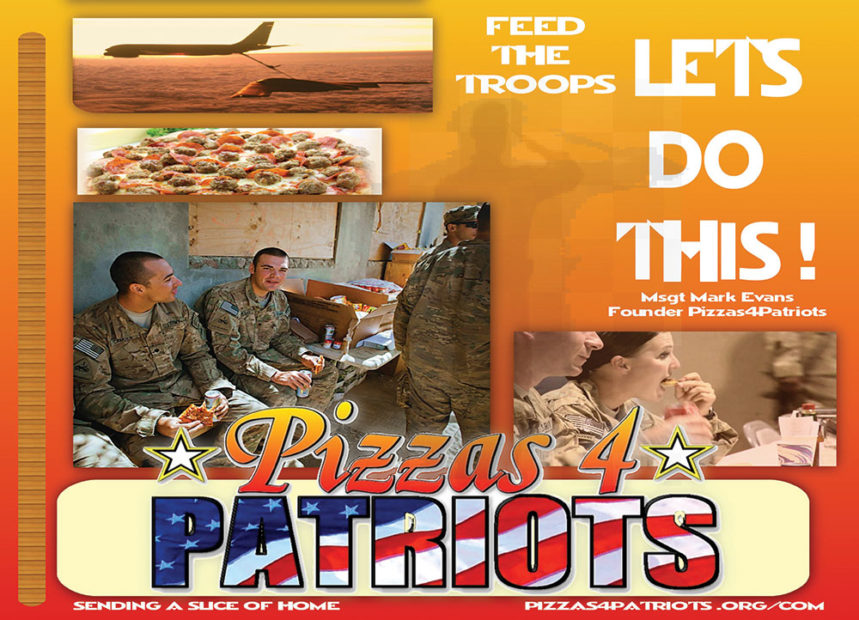 As the founder of Pizzas 4 Patriots, veteran Mark Evans has been organizing the world’s biggest pizza parties since 2008. The beneficiaries: thousands of American soldiers fighting in the deserts of Afghanistan and Iraq.

Evans got the idea from his son, a high school freshman at the time. “We were eating Chicago deep-dish pizza one night when he asked if we could send pizzas to the soldiers in Iraq,” he recalls. “It sounded crazy, but I was a master sergeant. We don’t take no for an answer. You do whatever you’ve got to do to get the job done.”

Evans managed to contact General David Petraeus, who loved the idea. With Petraeus’ blessing and full military support—plus some generous Chicago pizzerias and corporate sponsors,
including DHL—Evans has since dispatched more than 100,000 pizzas to U.S. troops. He needs more corporate sponsors to keep the project alive, with plans to ship pies to every soldier in the Middle East for this year’s Super Bowl.

Evans has made numerous TV news appearances and earned global acclaim for his efforts—and for his corporate donors as well. “We’ve done pizza parties for every Super Bowl and Fourth of July since 2008,” he says. With the help of key
sponsors, Evans now has the ability to make his own pizzas. But expenses are still daunting, especially since Pizzas 4 Patriots also now sends pies to veterans hospitals across the United States. “We get some of the stuff for free, but there’s still a lot we have to pay for, like the boxes, dry ice for shipping and so on,” he notes.

Corporate sponsors receive a wealth of positive publicity for their efforts, Evans says, plus the appreciation of a grateful nation. And the pizza parties provide young American troops a brief—but unforgettable—respite from the horrors of war.

“Three years ago, these kids were in high school playing soccer or football, and, when they did well, they got a pizza party,” Evans says. “So now, in these combat zones, when they get a slice of our pizza, it’s a profound thing. I’ve gotten letters from soldiers saying, ‘I’m living here in hell, and I just got a slice of pizza from you, and I started to cry.’ It’s a feel-good food for these kids, and it helps them know that they haven’t been forgotten.”

To learn how you can support Pizzas 4 Patriots and bolster troops’ spirits during wartime, visit Pizzas4Patriots.com or email pizzas4patriots@gmail.com. 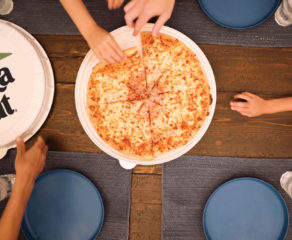