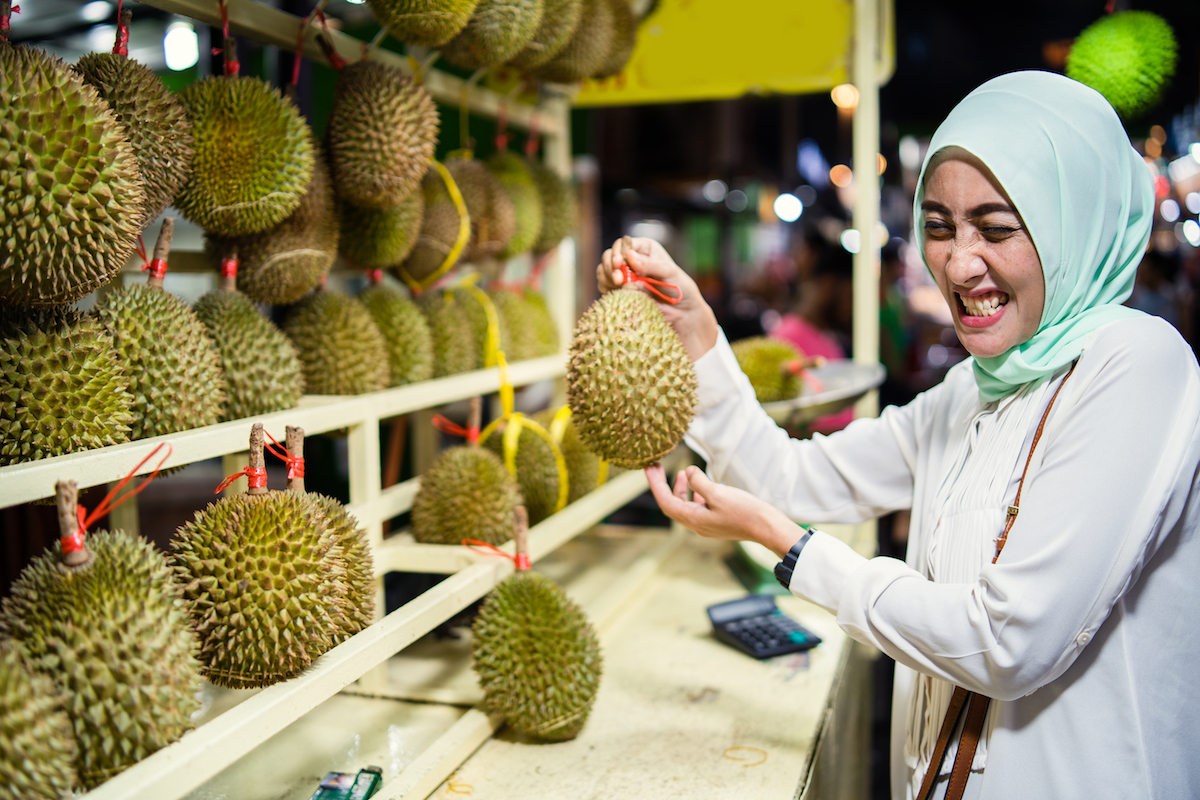 Despite its foul smell, durian has a lot of fans in southeast Asia.

Durian: a fruit that looks like a watermelon mated with a porcupine. Just walking by the fruit, you can smell a pungent odor from a good 20 feet away. People who like it love it, and those who hate it, well … they hate it with a passion.

The fruit has been popular in southeast Asian countries like Malaysia and Indonesia for years, but in the mid-2000s it made its way into the Chinese market, where it somehow ended up on pizza. Remember the age-old debate about whether or not pineapple belongs on pizza? Well, in China, this debate has reached a whole new level.

“No matter how popular durian is, we have never—and will never—put durian on pizza,” says Matt Slack, owner of The Pizza Factory in China, a chain that just three years ago gained popularity in southern China and now has three shops in Guangzhou and Shenzhen. “While I do respect the creativity and innovation that durian represents in the pizza world, I just don’t want our shops smelling like gym socks.”

The Foul Stench of Success
Once introduced, the fruit gained popularity among Chinese consumers, and by 2015 every pizza place and dessert store was on board, putting the stinky fruit in their pizzas, cakes, croissants, pudding, and just about anything else you can imagine. Even the big chains such as Pizza Hut and Domino’s were following the trend, advertising fresh clumps of durian fruit on their pizza.

Much like anything else in this world, anything that comes with a strong following also creates strong aversion. “When we started The Pizza Factory, as a consumer I knew that there were a ton of people that had eaten American or Italian pizza and were completely turned off by the durian stench resonating from the pizza shops here,” Slack says. “So I said we’re going to give up on that section of the market that doesn’t really want to appreciate the taste of a good flour, tomatoes, and cheese.”

By focusing on authentic Italian-American style pizza and eschewing foul-smelling fruit, Slack’s brand has also gained popularity among the foreign community as well as locals who have eaten pizza abroad and turned their noses up at the durian craze.

“I’ve offended dozens of customers that come to our shop and ask for durian-flavored pizza by simply saying, ‘I’m sorry, we sell authentic American pizza, so we don’t offer durian,’” Slack says. “When determining your brand positioning, it’s important to stand for something and continue forward without wavering. Many brands try to offer too much to everyone, and in turn, they don’t come across as being specialized in any one thing—they just blend themselves in with the masses.”

Will the durian trend continue in China or phase itself out? Who knows? One thing is for sure: You won’t find it at The Pizza Factory China.