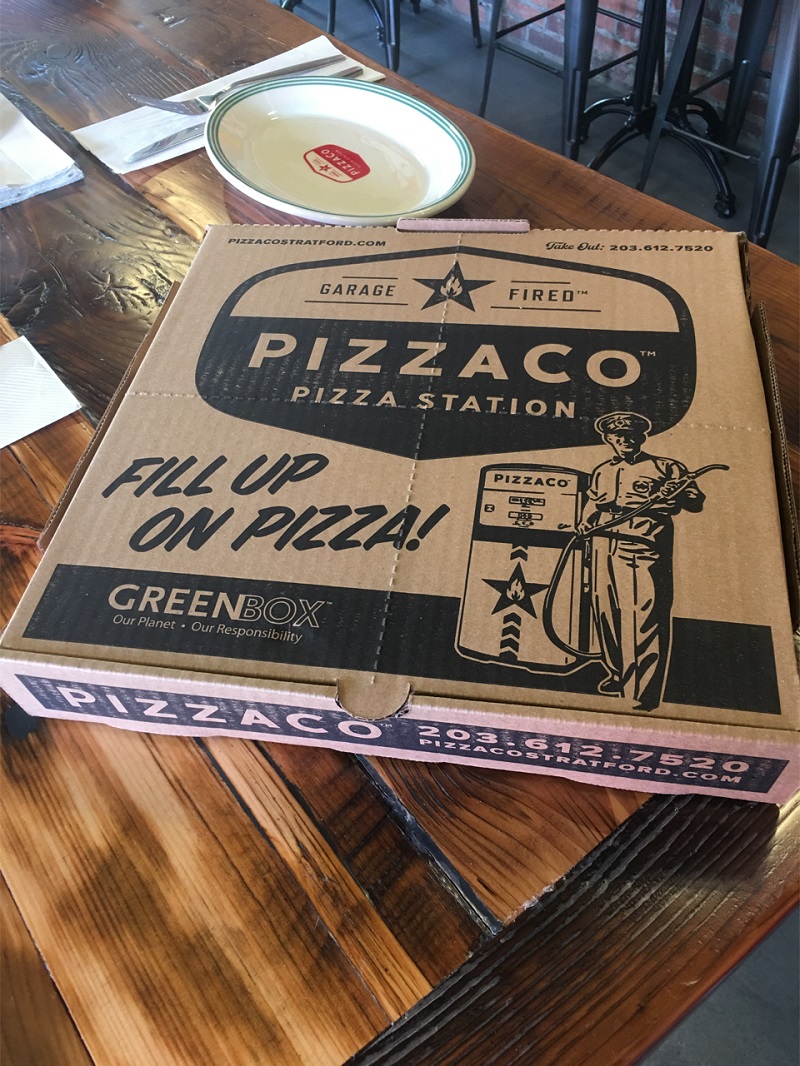 GreenBox is an ingenious, multi-functional pizza box whose lid breaks into four sturdy plates while the rest of the box becomes a compact storage unit for leftover pizza.

PizzaCo became the first pizza restaurant in Connecticut to begin using a custom version of these unique boxes and has been committed to being environmentally responsible since their opening. They currently compost all their restaurant’s food waste. 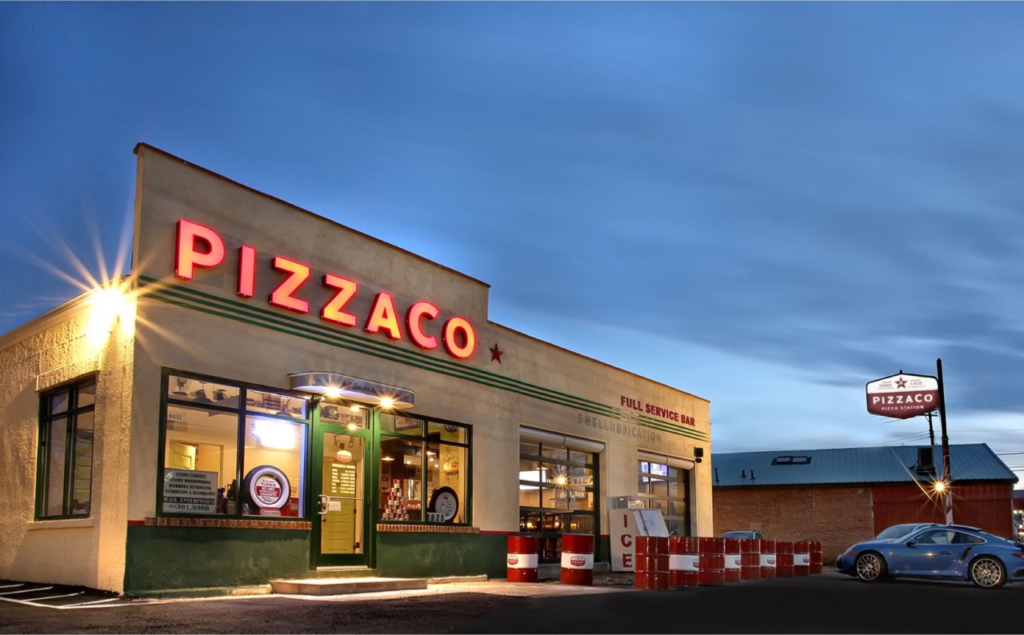 Lexi Fanning of GreenBox saluted PizzaCo’s decision. “We’re happy that PizzaCo has joined us in thinking outside the box to make consumers’ lives easier and bettering the environment, too.”

GreenBox was invented by William Walsh, a Connecticut native, who came up with the idea while living in a fraternity house on a football scholarship. He cut up hundreds of pizza boxes before hitting upon the idea of making a utilitarian box whose top could be converted into four disposable plates, while the bottom is easily changed into a box for left-overs.

In January 2015, GreenBox appeared on the reality TV show Shark Tank, where a deal was made with “Shark” Kevin O’Leary, a.k.a. “Mr. Wonderful.”

Located in a former gas station’s garage, across the street from Connecticut’s largest craft brewery, PizzaCo opened its doors in April serving culturally and seasonally-inspired pizzas that are “garage fired” in their Italian brick oven. PizzaCo’s Declan Mahar describes PizzaCo as “somewhere between Brooklyn and New Haven, both figuratively and literally.”

PizzaCo will serve all takeout and delivery pizzas in its custom GreenBox. Currently, the company delivers only to Two Roads Brewing.

About PizzaCo:
Open in April 2017, PizzaCo makes creative and seasonally-inspired “garage-fired” pizzas in their Italian-built brick oven and serves craft beer, cocktails and wine – all from the full service bar inside a vintage gas station/garage. Whether it’s dining in or taking out to your favorite nearby craft brewery or home, the quality pizzas and fun vibe of their location will make it an experience to remember.