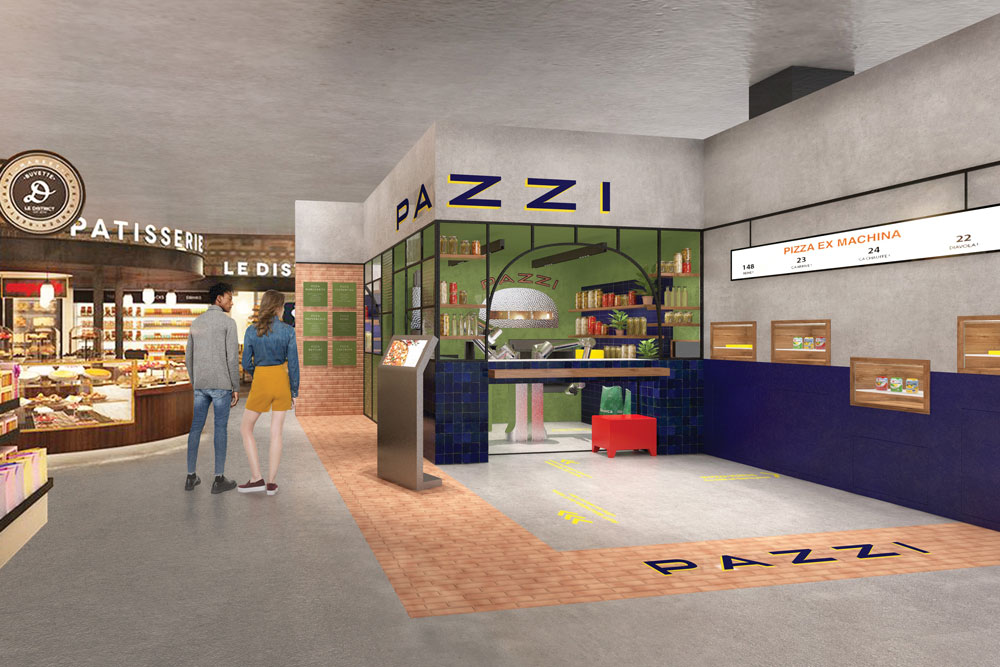 The food industry in France is on a fast track to automation, and it doesn’t come as much of a surprise. France is the second largest consumer of pizza in the world. And, like in so many countries with high costs of living, robots are favorite employees. “A robot is always consistent, always sanitary, and he never decides suddenly not to show up to work,” says Thierry Graffagnino, a French chef who has developed recipes for a pizza making robot named PAZZI that’s under development by food tech startup EKIM. “He doesn’t think; he just does what he’s programmed to do.” And it goes without saying that robots don’t complain or request time off—at least not yet.

Not that French foodservice workers have much to worry about right now—it’s notoriously difficult to fire an employee in France. But as more companies invest in an automated future, that could change. At Parizza, one of the biggest pizza trade shows in Europe, companies marketing ordering kiosks abound. Their top selling point? The low cost. It’s more affordable, they say, to install an ordering kiosk than an employee at the register, not to mention all of the other benefits, such as increased accuracy for orders and reduction of theft.

“A robot is always consistent, always sanitary, and he never decides suddenly not to show up to work.”
—Chef Thierry Graffagnino

But despite their doomsday reputation, many of the latest innovations in French technology are not at odds with humans. “A machine can never replace the art of a real pizzaiolo,” Graffagnino says. In fact, one company notes that its pizza vending machines will create an additional source of income for the pizza maker without stealing anyone’s job—the pizzas would still be made by a person but could be sold around the clock.

Meanwhile, in Italy, you can find farmers using vending machines to sell raw milk at any hour of the day. In the Netherlands, farm fresh eggs sit, ready for sale, in vending machines by the side of the road.

If anything, pizza makers are more in demand since automation began to creep into the food industry. Like Italy, Scandinavian countries and many other parts of the developed world, France is facing a labor crisis when it comes to pizzaioli. “There is a huge shortage of pizza makers in France, because people don’t want to work,” says Rabah Zoaui, a pizzeria owner and pizza making instructor in Carcassonne. “Our field is difficult because of the hours.”

In America, millennials pose similar problems to the traditional workforce, reports Gino Rago, co-owner of Panino’s in Chicago. “Young people today lack passion in the work they do,” he says. “They want to set their own hours. When we grew up, our schedule was our schedule, and if you wanted off, you had to find someone to cover for you.”

With frequent turnover and apathetic employees, more innovations are popping up at industry trade shows. On display at Parizza last year was an Italian dough press that mimicked the touch of a real pizzaiolo’s hands. Several others promoted par-baked crusts that require no skills to prepare.

Never fear: The art of pizza making is still alive and well, despite these innovations. The first pizza beauty contest in Paris will be held April 1 to 2 this year at Parizza. In addition, Galbani will hold its third annual Pizza a Due competition, mirroring the culinary contest at the World Pizza Championship in Parma, Italy. The event aims to raise pizza to the level of haute cuisine, with teams of pizzaioli and chefs working side by side to craft pizza masterpieces—no robots allowed.