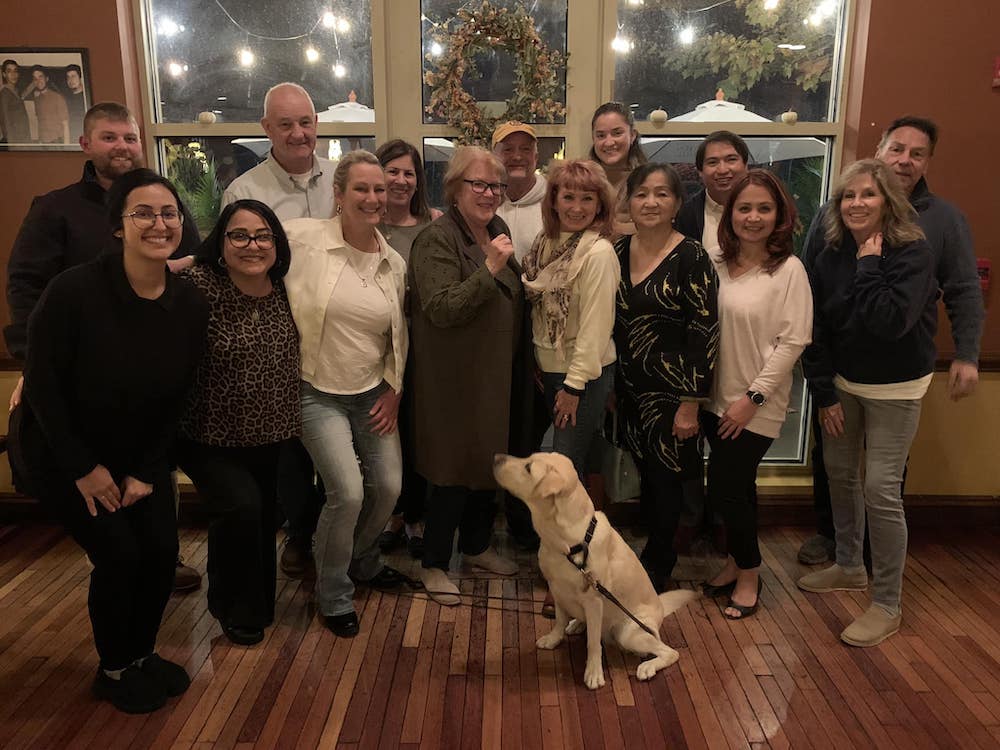 “Pizza With the Chief” has become something of a tradition for the Melrose, Massachusetts police department and local citizens who appreciate their men in blue. For this year’s pizza dinner, MPD Chief Michael Lyle once again chose Bobby C’s Ristorante, a woman-owned eatery on Main Street to host the event.

Lyle offered to have a relaxing, sit-down meal with the winner of a raffle held in September at Melrose’s Victorian Fair, an annual Chamber of Commerce event that highlights local businesses.

Lyle shared slices at Bobby C’s with the Lattanzi family and a few close friends, along with his wife and some fellow Melrose Police Department staffers. Also joining them was Officer Sean Morris and his K-9 partner, Giselle.

On the menu for the evening: pizza, salad, bread and dipping oils.

“Everyone at the Melrose Police Department is always looking for unique ways to connect with the community, and the ‘Pizza with the Chief’ event has become a meaningful and relaxing way to get to know the families we serve and protect,” Lyle said. “Once again, it was great to meet the family, have good conversation and connect with them over fantastic food in a casual setting.”

In a Facebook post about the gathering, Bobby C’s called it a “wonderful event,” adding, “We are honored, and we always look forward to seeing police dog Giselle every year. She is always a big hit with our guests.”

Julie Crowley opened Bobby C’s in 2008 and named it after her beloved father, a postal worker during the day and an entertainer at night. She started working at a Papa Gino’s location while still a teenager, she told Wicked Local when the restaurant first opened. “I just fell in love with the restaurant business,” she said. “At 16 years old, I was a manager, keys in hand.”