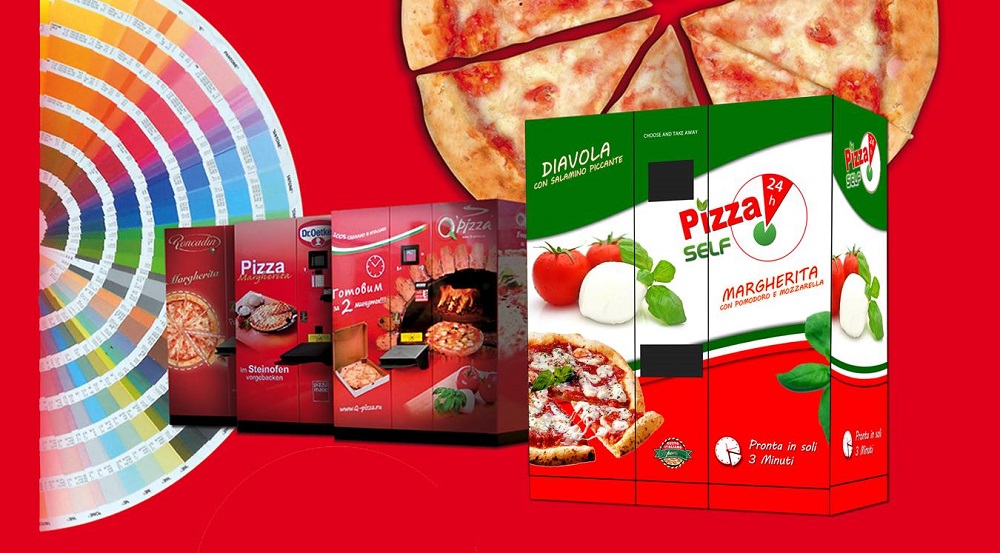 Pizza vending machines haven’t exactly taken the world by storm, but they’re slowly making headway in select markets. The latest is Hiroshima, Japan, where customers are reportedly lining up for Margherita and four-cheese pies.

The machine, called the Pizza Self 24, is manufactured in Italy by Cierreci S.R.L. The company’s website describes the Pizza Self 24 as “a real pizza cooking and food corner.” It can be stocked with up to 84 pizzas and snacks.

The machine churns out pizzas in three minutes and can be branded with a pizzeria’s logo and other graphics. The pizzas are pre-cooked, pre-sliced and packaged in a resealable cardboard box. The Pizza Self 24 heats up the pies with an oven equipped with two hot plates.

According to a Japan News article republished in the New Haven Register, a former truck driver named Yoshiharu Taniguchi, imported the machine to Naka Ward, Hiroshima, in late July. Now the president of a logistics company, Taniguchi had long been frustrated because he couldn’t find any open pizza shops during his late-night working hours.

“People are lining up almost daily in front of the machine, which stands outside the Tsutaya Kusunoki shop,” reports the Japan News, adding that the machine “sometimes sells 150 pizzas a day, with young people and parents with children eagerly coming to buy.”

The Pizza Self 24 is just one of several entries in the pizza vending segment. The Pizza ATM debuted at Xavier University in Cincinnati in 2016, while 24/7 Pizza Box, headquartered in Sarasota, Florida, installed its first units last October. And APM Partners in Rochester, New York, unveiled its machine, Pizzametry, at the University of Rochester earlier this year.

Related: How the Pizza ATM can help boost your pizzeria's sales