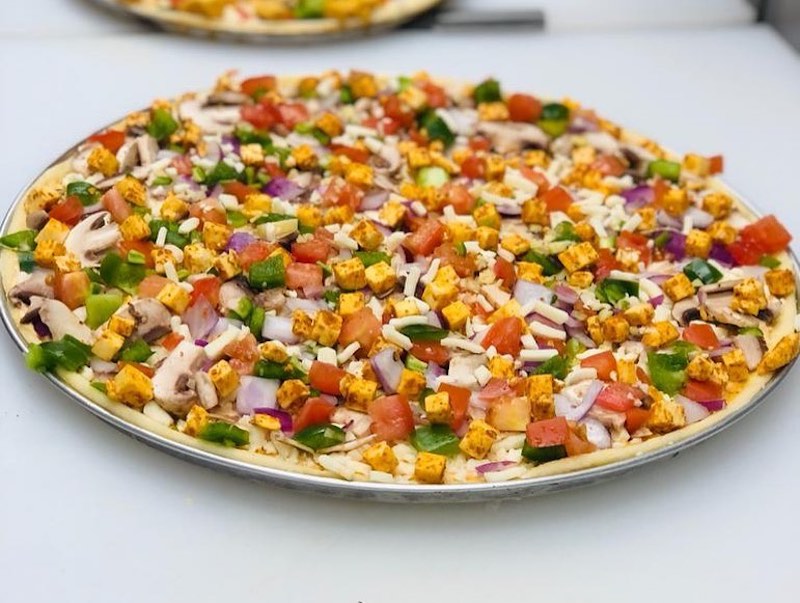 Italy meets India at Pizza Twist, a new fusion pizzeria in Herndon, Virginia, that offers an Indian twist on the classic pie.

“We both opened the business despite a recent surge in COVID-19 cases and the recent closures of some businesses due to the pandemic,” co-owner Amita Mahajan told WTOP News. “But we were confident that the variety of food, and the inclusion of a full bar, would help the business succeed.”

Mahajan partnered with Nishika Nibber on the pizzeria, which offers a wide range of pizza types, including traditional, halal, vegan, gluten-free and paneer (a variety of Indian cheese), along with healthy spices not often used in typical Italian-American fare—think ginger, turmeric, nutmeg, cloves and cardamon.

Listed on the restaurant’s extensive meat-free menu are pizzas like the Vegan Tikka Masala, the Vegan Bombay Garlic, the Vegan Manchurian, the Vegan Achari and the Vegan Shahi. Appetizers include the Curry Bread Twist and Masala Fries Twist.

Flatbread offerings range from the Spiced Potato Paratha and the Spiced Cauliflower Paratha to the Spicy Lamb Twist, among many others.