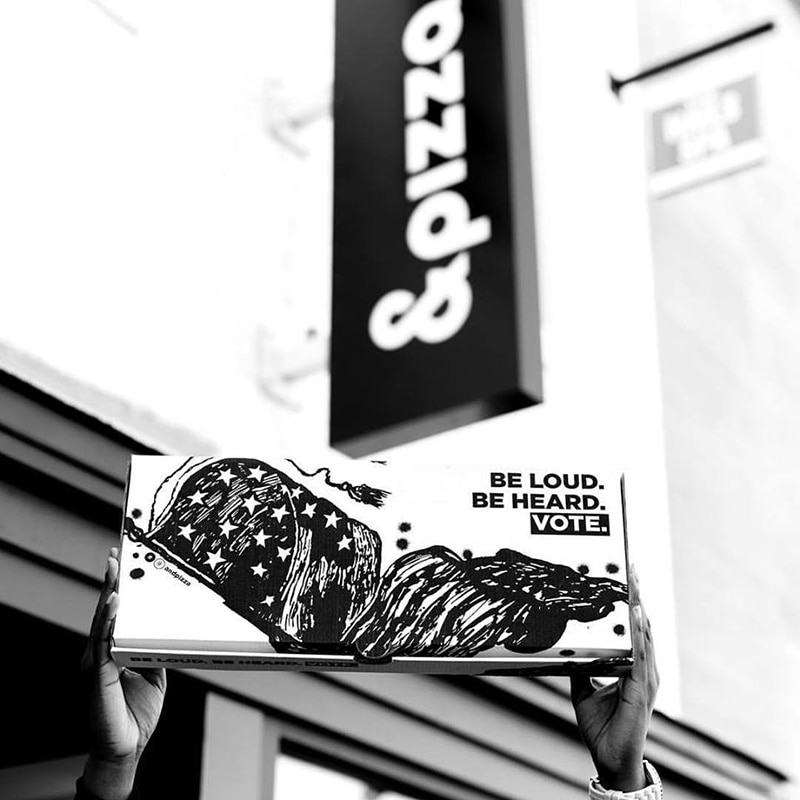 The Washington, D.C.-based pizza chain that gives its employees paid time off (PTO) for political activism has gone one step further, announcing that it will close all of its stores on November 3 to encourage its workers and surrounding communities to vote in the election.

&pizza, founded by CEO Michael Lastoria, provided PTO to its employees to vote in 2016 and 2018, but that turned out to be a logistical mess. “After learning from the complicated coordination needed when juggling multiple requests for time off across several locations, cities, and states, &pizza is determined to make as frictionless an experience as possible by removing work-related impediments and closing shop operations for the day,” the company said in a press release.

&pizza, a former cover story subject for PMQ, also will “petition other restaurants within the QSR space” to provide election-day PTO for their employees. Despite widespread support for declaring election day a federal holiday, the federal government has never taken any action.

As the 2016 election approached, &pizza used its packaging materials and newsletter to encourage customers to participate in the democratic process. Its stores also gave away free craft sodas to all customers wearing an “I Voted” sticker on Election Day and issued limited-edition to-go pizza boxes bearing the slogan, “Be Loud. Be Heard. Vote.”

In a panel discussion for Nation’s Restaurant News’ Restaurant Rise digital summit recently, Lastoria said his company has managed to keep 85 percent of its stores open and 90 percent of its employees on the payroll during the coronavirus pandemic. He attributed this to an employee-focused model that encourages loyalty. In mid-March, as the pandemic was worsening nationwide, &pizza gave across-the-board wage increases to its employees and guaranteed pay for all employees regardless of the hours they worked.

“&pizza employs over 700 people across several states, and we want to make sure they have our support alongside the necessary resources to enact the change they want to see in the 2020 election,” Lastoria said. “Our democracy has been pushed to its limits, and we want to empower and educate our workforce to assert their voice at the polls. With the industry’s help, we can provide a much larger opportunity to do what’s right and what’s needed in this country for this election and moving forward.”