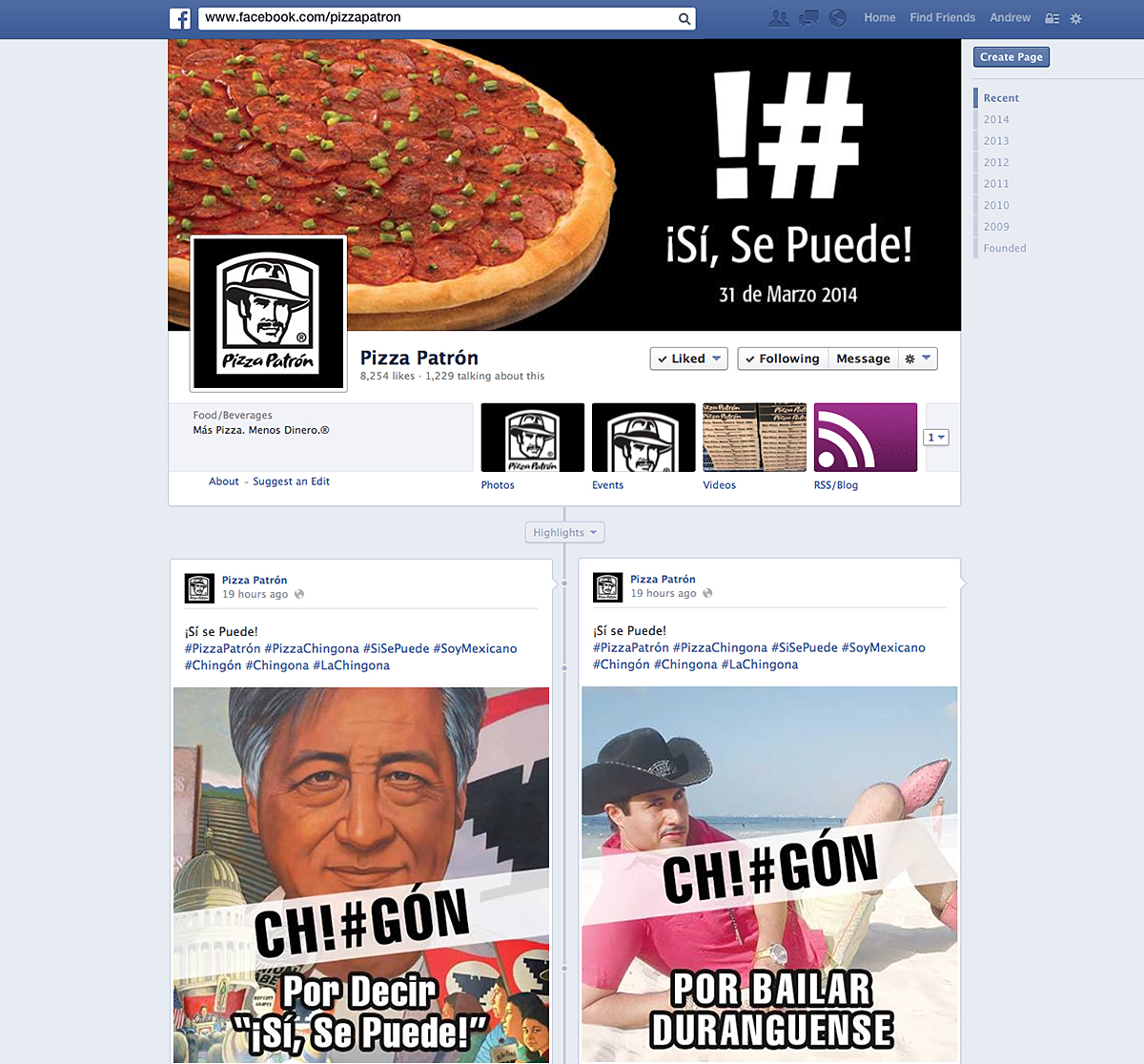 Pizza Patrón has come under heavy fire for the name of its latest LTO pizza, La Ch!#gona.  Despite public outcry from critics, resistance from some franchise partners and media censorship of its radio ads, the company is proceeding with the March 31st launch as scheduled.

Pundits like attorney Raúl Reyes, Fox News contributor and columnist claim “Hispanic marketing hits a new low” with Pizza Patrón’s newest LTO, but the company remains steadfast in its conviction in support of the campaign.  Company officials say that critics claiming the name La Ch!#gona is equivalent to F-word in English are just plain wrong.

“La Chingona is a strong word, but in the context we are using it in, it can’t be offensive,” said Andrew Gamm, brand director for Pizza Patrón.  “Our decision-making surrounding this campaign has always been about one thing, connecting with our core customer – Mexicans, born in that country but living in the U.S., who prefer to speak Spanish and represent an important part of the American workforce.  If we alienate non-customers with our concepts, we are perfectly OK with that.”

In honor of the new product launch, the brand is promoting a one-day inaugural event.  On Saturday, April 5th from 11am to midnight, every customer that visits a participating location and passes the “Legendary and Ancient Aztec Ritual of La Ch!#gona,” will receive a large La Ch!#gona pizza at 50% off regular price.  Customers must visit store in person to discover the details of the ritual.

Do you have what it takes to handle Pizza Patrón’s fiery new La Ch!#gona pizza? — are you ch!#gón enough?  The company’s new LTO is a large, hand-tossed style pizza made with fresh-dough and 100% mozzarella cheese.  It features 5.5 oz. (approximately 90 slices) of proprietary jalapeño stuffed pepperonis and is topped off with a load of fresh, diced jalapeños.  Available for a limited time only, the pizza has a recommended price of $7.99.  Prices and availability may vary by market.