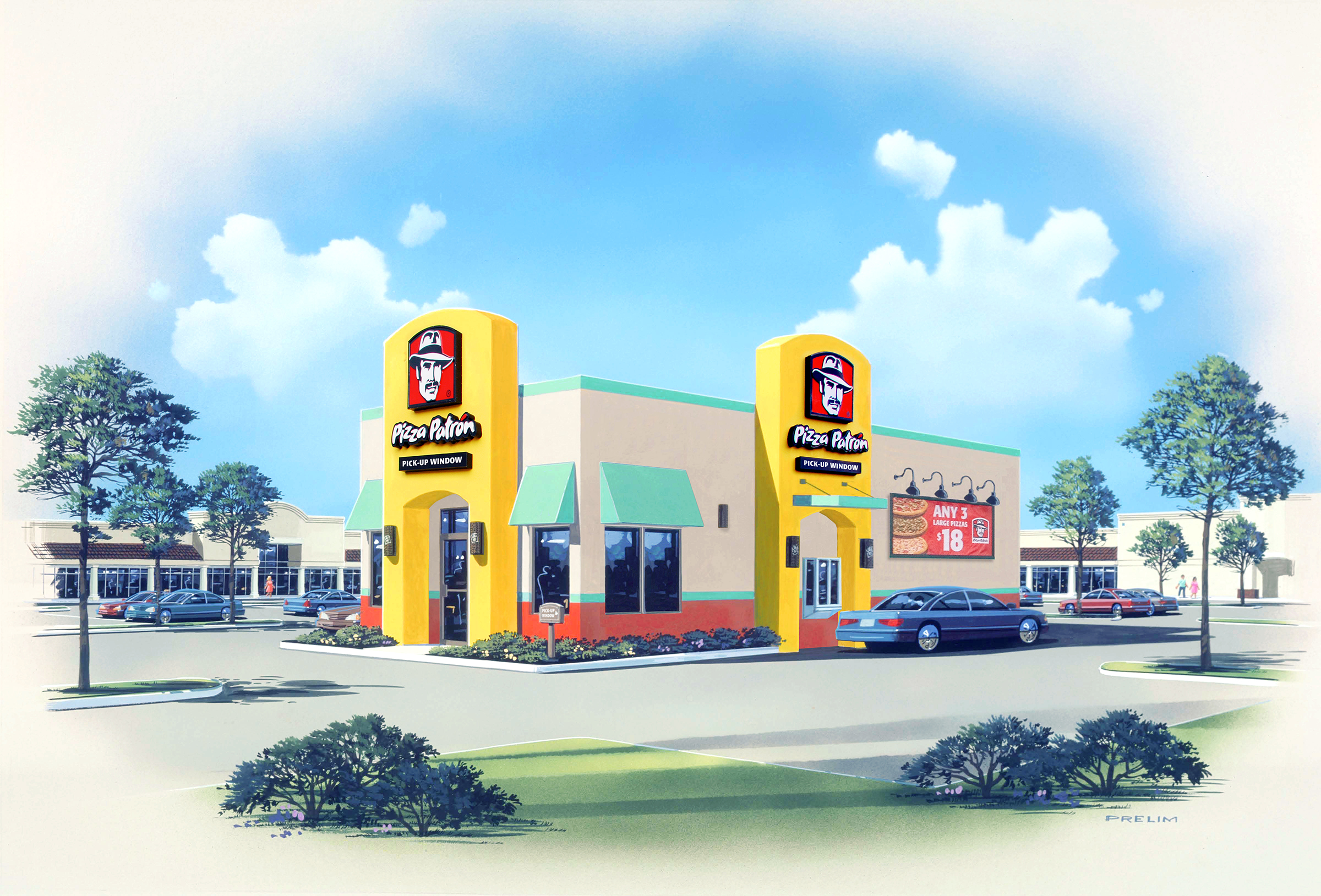 Pizza Patrón announced today that is has signed its first ever ground lease.  The company is estimating a 60-day construction process before it unveils the new freestanding prototype.  Company executives are keeping the address strictly under wraps until the new restaurant’s opening which is anticipated to be sometime around the beginning of April.

The new freestanding prototype is being developed as part of a comprehensive effort to increase awareness of the 28-year-old brand in every market where it has an established presence, says Antonio Swad, Pizza Patrón’s founder.

The site will utilize the latest construction techniques including pre-engineered roof trusses that integrate the parapet wall on the roof so that all mechanical rooftop equipment will be concealed.

The building will have two service points including a colorful lobby and a convenient drive up window. The clear span interior and simple shell exterior will allow for evolution of the model, including any future equipment changes.

“This new store model is a giant leap in the development of the Pizza Patron brand,” said Swad.  “We are not just moving along, but moving ahead and capitalizing on the momentum we have going.”

Visibility is not the only concern Pizza Patrón hopes to address with this new prototype.

“Because of this store’s higher profile in the community and convenient service points, we anticipate higher sales as a result. The sales will more than offset the additional cost,” said Swad.

The company expects to grow its store presence by 30 percent this year, mostly in its existing Texas markets of Dallas/Ft. Worth, Houston, Austin, San Antonio and the Rio Grande Valley.