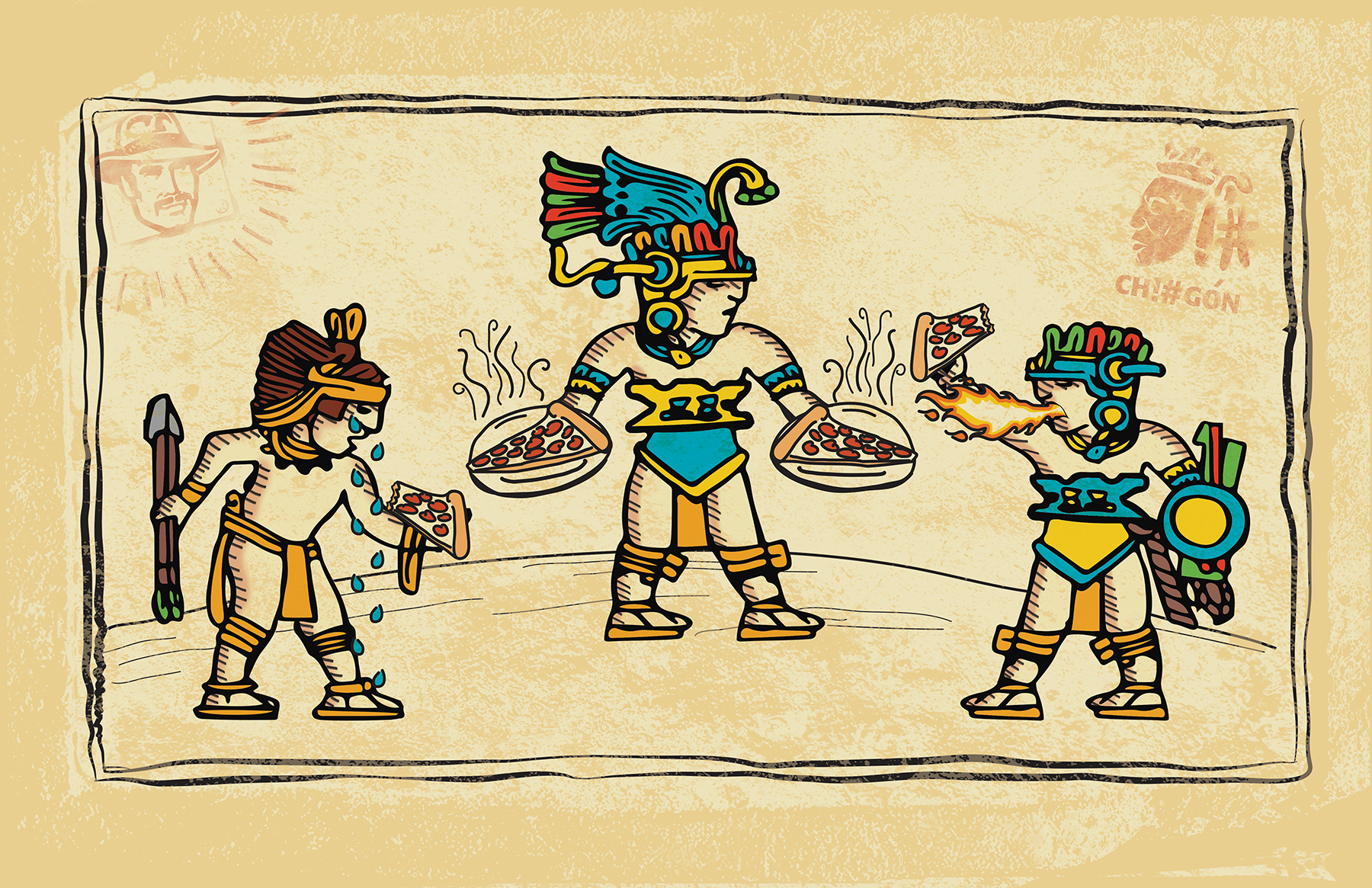 In honor of Pizza Patron’s new and controversial LTO product launch, the La Ch!#gona pizza, the brand is promoting a one-day inaugural event.  On Saturday, April 5th from 11am to midnight, every customer that visits a participating location and passes the “Legendary and Ancient Aztec Ritual of La Ch!#gona,” will receive a large La Ch!#gona pizza at 50 percent off the regular price of $7.99.

“The Aztecs are known for being tough warriors, and this challenge should be doable for our customers, men and women, who are true Chingones,” said Andrew Gamm, brand director for Pizza Patrón. “I don’t want to give anything away; customers must visit a store in person to discover the details of the ritual.”

Despite fiery debate nationwide over the pizza’s name and Pizza Patron’s assertion that it has the right to use every day Mexican slang that is no big deal to its core customer base, the company has forged ahead with the La Ch!#gona pizza launch and has experienced a notable increase in store traffic weeks before the product launch on March 31st.

“Customers have been coming in and asking for the pizza by name as soon as the news of the controversy began to circulate,” said Gamm. “We knew then that our offering, that not only packs heat but is amazingly tasty, would be a winner with spicy food lovers that are always up for challenge to prove they are ch!#gón enough.”

The company continues to ask “Are you ch!#gón enough?” and “Do you dare come in to take on the Legendary and Ancient Aztec Ritual of La Ch!#gona on April 5th?”

The company’s new LTO is a large, hand-tossed style pizza made with fresh-dough and 100% mozzarella cheese.  It features 5.5 oz. (approximately 90 slices) of proprietary jalapeño stuffed pepperonis and is topped off with a load of fresh, diced jalapeños.  Available for a limited time only, the pizza has a recommended price of $7.99.  Prices and availability may vary by market.