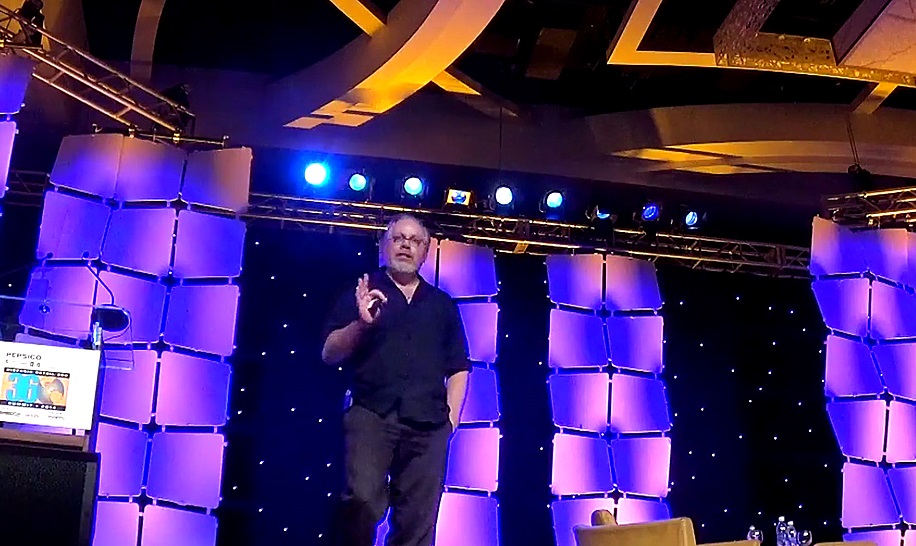 Andrew Gamm, brand director for Pizza Patrón, the premier Mexican pizza chain, revealed the secrets to making a cultural connection that result in sales to a packed house at the Hispanic Retail 360 on Wed., Aug. 13, 2014.

In a presentation entitled “Way Beyond Buzz: Making a Cultural Connection that Results in Sales,” Gamm disclosed some of Pizza Patrón’s unorthodox strategies for creating authentic ties with its core Mexican target audience. As the brand has been successful in developing strong brand loyalty in the neighborhoods it serves for more than 25+ years, Gamm was able to deliver the tried-and-true branding strategies that have garnered the brand top-of-mind presence with its target demographic and millions of dollars in free press worldwide.

“Pizza Patrón’s Brand Director Andrew Gamm gave such a riveting speech during the opening night of the Hispanic Retail 360 Summit in San Antonio, that he had a consistent line of attendees waiting to speak to him for the remainder of the three-day conference!  He had the three key ingredients to a successful presentation: inspirational quotes, detailed scope and measurable results.  My favorite quote?  ‘Bypass the brain, bypass the wallet, touch the heart…hiring passionate employees is something we’ve done well.’  This statement truly shows Andrew’s genuine and authentic approach to building relationships with his team, and his customers.  ¡Felicidades a Andrew, y a todo el equipo de Pizza Patrón,” said Tracy Galindo, GT Universe.

Other speakers at the conference included major national retailers like Walmart, Kroger and Subway, and independent Hispanic chains like Curacao, Northgate Gonzalez and Chavez Supermarkets, as well as  leading research firms like Nielsen and The NPD Group.

“Pizza Patrón Brand Director Andrew Gamm explained to our audience of more than 580 attendees how the chain created pizza and toppings that appeal to the Latino palette and backed up its efforts with ‘disruptive’ advertising that has generated national publicity,” said Don Longo, Editorial Director, Stagnito Business Information, which produces the Hispanic Retail 360 Summit. “Despite negative media reports, all the exposure significantly boosted sales and improved Pizza Patrón’s credibility with its first-generation, Mexican-American customer base.”