Hot Lava Pizza: This Chef Plies His Trade in the Heart of a Volcano - PMQ Pizza Magazine 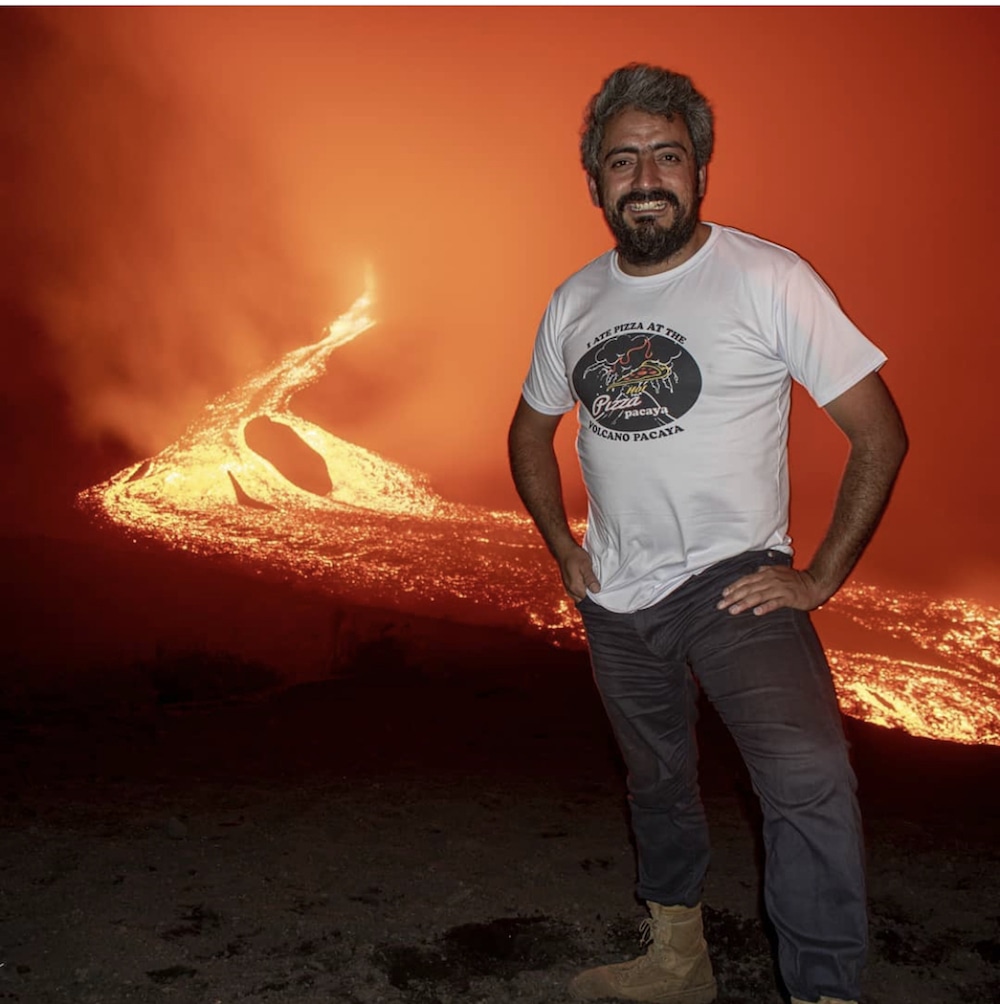 David Garcia turned a Guatemalan volcano into a pizza oven for Pizza Pacaya.

Related: Understanding the importance of pH in pizza dough water

As AccuWeather reported recently, Garcia runs his own makeshift pizzeria in a location that’s just a little bit out of the way: at the foot of the Pacaya volcano in Guatemala. There, he bakes his pies with the heat from a river of lava flowing under volcanic rocks, giving tourists another reason to flock to the landmark site.

First, he shapes the dough, places it on a metal pan that can withstand high temperatures, and adds the sauce, mozzarella and toppings. Then, he dons thick gloves and places the pan on the hot rocks. “It was difficult for me to learn the technique here so the pizza doesn’t [get] burnt,” Garcia said. “And it is also a risk to be on the shore [of the lava river] because it is at a high temperature of 1,500 to 2,000 degrees, so I have to watch the wind direction so it doesn’t affect me.”

According to AccuWeather, scientists have already used this ingenious method while studying a volcano in Iceland, where they cooked hot dogs over the lava. But Garcia was inspired back in 2013 by local tour guides who roasted marshmallows for the tourists.

“I took the idea, and I wondered what else could be cooked with the lava,” he told AccuWeather. “So, one day, I prepared a pizza, took it to the volcanic rocks, and in 14 minutes it was ready. The high temps from the nearby lava gave it an exclusive taste and an amazing crunch. I told myself, ‘This needs to continue.’” 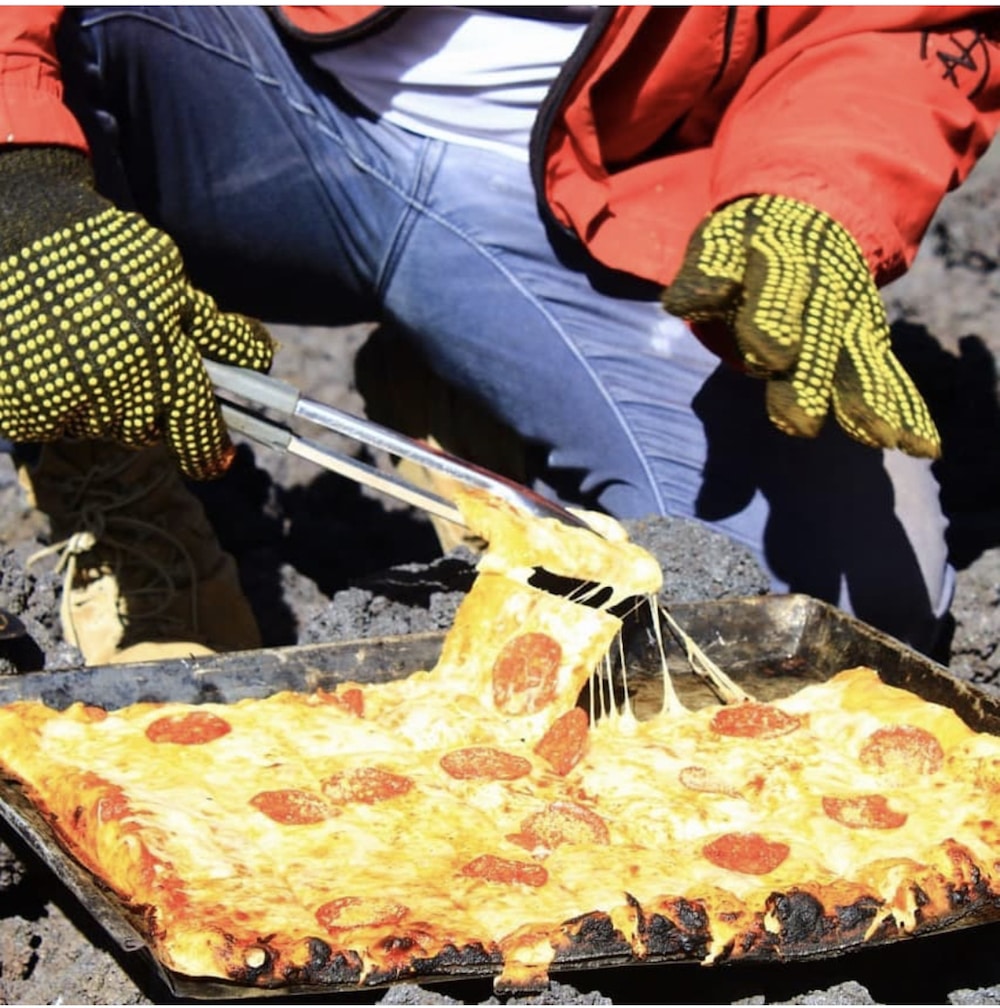 He went on to found Pizza Pacaya, producing pies that one tourist described as endowed with a “magmatic crunch.” Customers call in to make reservations, and Garcia often feeds entire families with his volcanic pizzas.

Garcia noted that he works in a relatively safe area of the volcano, away from the toxic gasses that it can produce.

“Some call me crazy, but the passion for cooking is sometimes crazy,” he added. “But it’s a feeling that is fulfilling—it satisfies, and I like to see tourists getting a new life experience.”