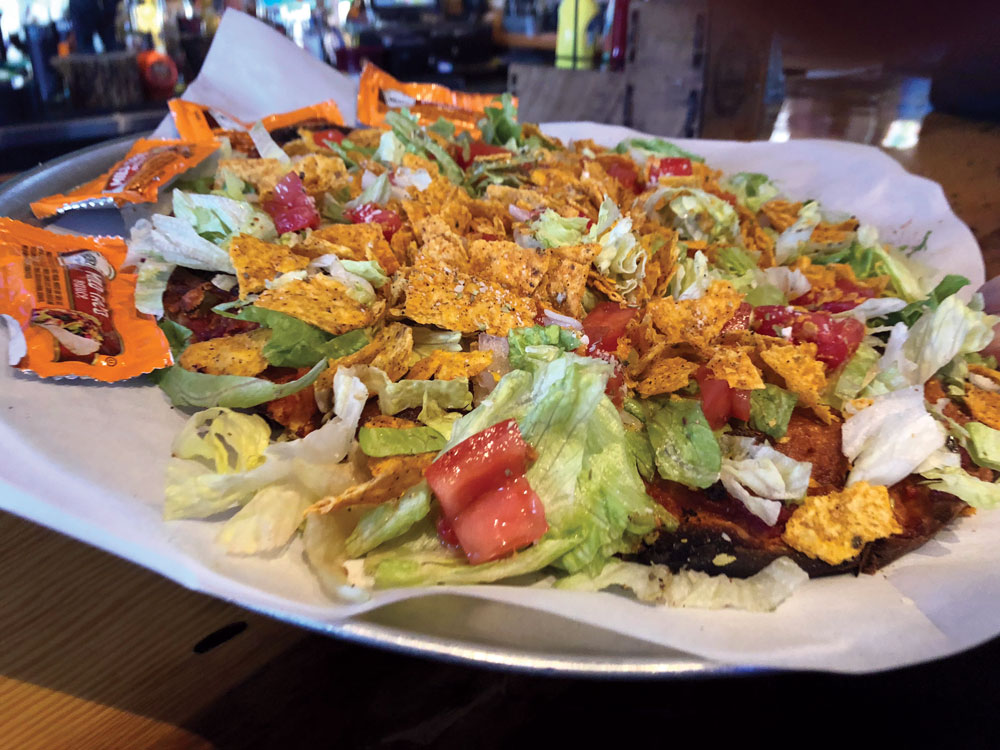 It’s just like a taco—except it’s a pizza. And, really, how can you go wrong with that combination? The taco pizza lends a spicy south-of-the-border kick to the classic Italian pie and has become a staple on many pizzeria menus around the country. Some pizza makers combine traditional Mexican and Italian ingredients, including pepperoni and ground sausage, or substitute chicken for ground beef. Vegan options replace the beef with black beans to create a healthier pie that still explodes with flavor. Here are some examples of popular taco pizzas from around the United States:

Who invented the taco pizza? Happy Joe’s Pizza & Ice Cream (happyjoes.com) in Bettendorf, Iowa, lays claim to the honor and offers several variations on the classic, including the Taco Joe, loaded with refried beans, seasoned beef and sausage, plus fresh lettuce, tomatoes, Happy Joe’s own taco chips and its Spicey Joe’s taco sauce.

Featured on WGN’s Chicago’s Best, Punky’s Pizza & Pasta (punkyspizza.com) developed a thin-crust taco pizza that features both ground beef and pepperoni with a standard pizza sauce. The Windy City favorite is topped with lettuce, tomatoes, mozzarella, cheddar and sour cream and served with a side of picante sauce.

Customers at Omaha, Nebraska-based Godfather’s Pizza (godfathers.com) can stuff themselves with the Super Taco, an oversized deep-dish pie packed with beef, onions, lettuce, tomatoes, cheddar and mozzarella. It’s finished off with black olives, sour cream and even more cheese for a taste that’s simply delicioso.