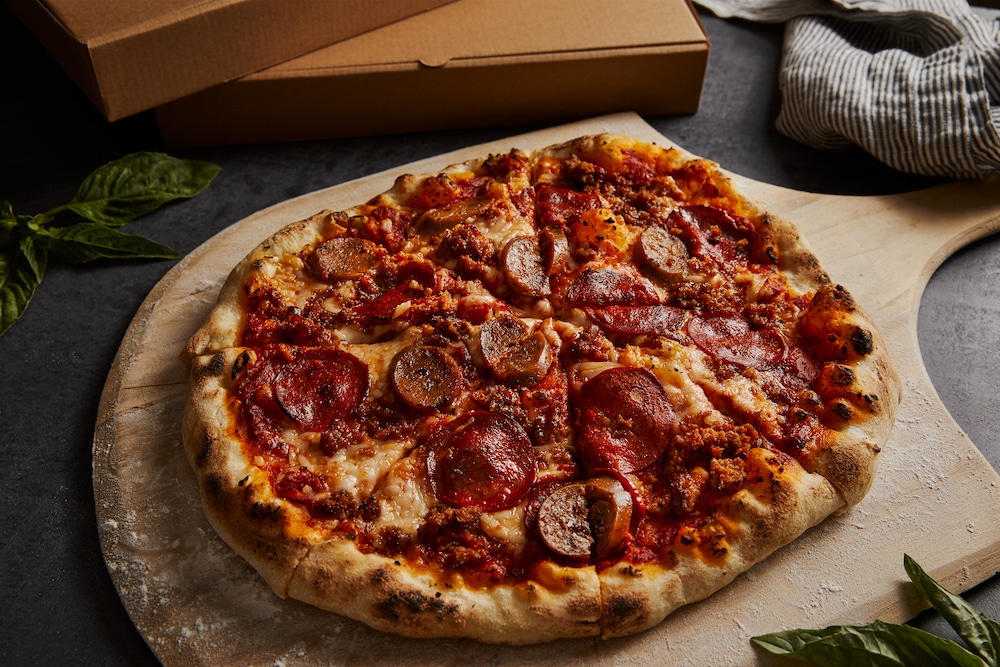 Toronto-based Pizza Nova, with more than 140 locations in southern Ontario, Canada, has taken the plant-based protein plunge with Greenleaf Foods, owner of Field Roast Grain Meat Co. Pizza Nova announced it has started offering Field Roast Plant-Based Pepperoni as a pizza topping at all of its locations.

According to a press release from Greenleaf Foods, this is the first time Field Roast’s meat-free pepperoni will be available to consumers. The company also said the product is the first pepperoni alternative made with pea protein instead of soy. It offers the same protein serving (6 grams) as traditional pork pepperoni.

“We are proud to offer a plant-based pepperoni that delivers on our Puro Promise of sourcing high-quality products that do not compromise on taste. The addition of Field Roast Plant-Based Pepperoni to our menu will allow us to expand our offerings and better serve flexitarians, vegetarians and vegans alike—always in the same careful and loving manner,” Domenic Primucci, president of Pizza Nova, said in the release.

Field Roast’s Plant-Based Pepperoni “has characteristic fat marbling and delivers an authentic, bold pepperoni taste, crafted with fresh spices, including whole pieces of fennel, cracked black pepper, garlic and paprika,” the company said. It will be a permanent menu item for Pizza Nova, both as an individual topping for build-your-own pizzas and panzerottis and as a featured ingredient in six new plant-based Pizza Nova signature pies, including the Planteroni, Aloha Plant, Campo Plant, Gusto Plant, Piccante Plant and Vita Plant pizzas.

“Pizza Nova is the first major Canadian pizza operator to offer the groundbreaking Field Roast Plant-Based Pepperoni,” said Adam Grogan, COO of Greenleaf Foods. “We’re excited to partner with them because of their commitment to crafting flavorful, quality foods, just like Field Roast.”

In addition to Plant-Based Pepperoni, which is expected to roll onto retail shelves in Canada and the United States later this year, Field Roast’s portfolio includes more than 25 plant-based meats and cheeses, all boldly flavored and made from vegetables, grains, legumes and fresh herbs and spices