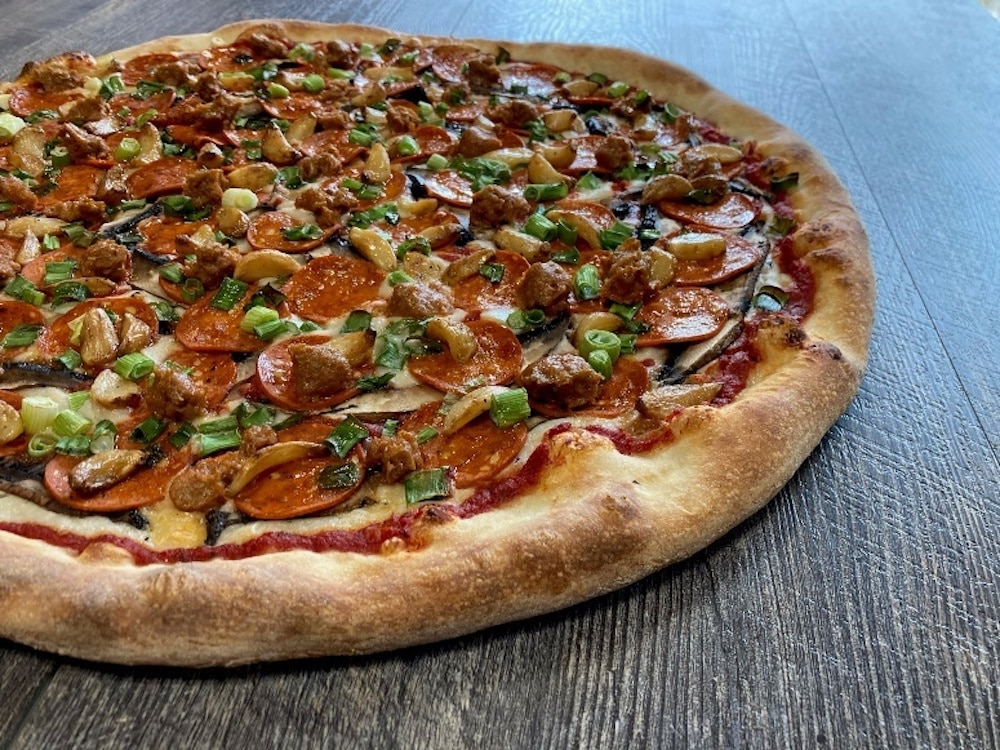 Field Roast's plant-based pepperoni topping will be a featured player on the menu at Pizza My Heart.

Pizza My Heart, the surf-themed pizza chain headquartered in Capitola Beach, California, has added plant-based pepperoni from Field Roast to the menu at 23 locations around the state.

To celebrate the new menu item and Earth Day on April 22, Pizza My Heart will offer either a free Big Sur Vegan Pizza slice or a Plant-Based Pepperoni Pizza slice at its Palo Alto and Monterey locations.

The Field Roast Plant-Based Pepperoni topping is made with pea protein, has characteristic fat marbling and offers the same protein per serving (6g) as traditional pork pepperoni, the company says.

Geophysicist Chuck Hammer opened the first Pizza My Heart location after the oil embargo ended and the oil industry began to falter in the early 1980s, according to the Silicon Valley Business Journal. As a student at the University of California at Berkeley, he had eaten lunch “every single day” at a slice joint called Blondie’s and discovered his love for pizza.

“I spent everything I had [on the first Pizza My Heart store]—my last bit of money was the food bill to open the doors,” Hammer recalled in that interview. “I crossed my fingers and hoped I had the money to pay my employees in two weeks. Thankfully, it just started rolling. Eventually I got enough together that I could go to a bank and get the money to open the second store in Palo Alto. And once I was in Palo Alto, it was like boom. It took off like a rocket.”