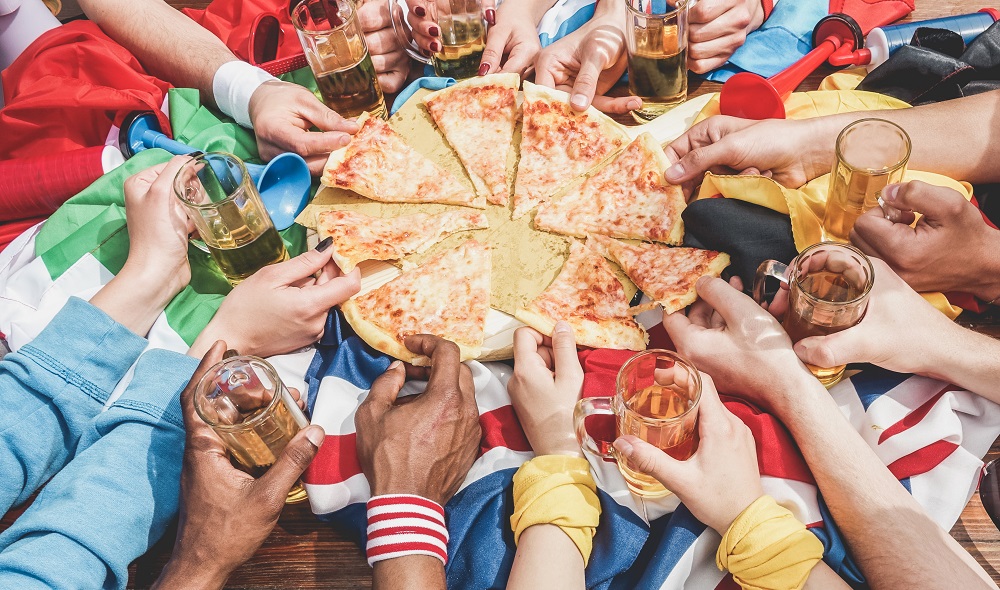 This story is a simple one that, although it took shape 60 years ago, truly began with the birth of my father, Ted Pelicano. His birth and early childhood are shrouded in mystery as he was an orphan and a foster child who began life with no real family of his own.

​As a young adult, he grew up in an Italian/Hungarian environment in western Pennsylvania. My dad possessed higher-than-average intelligence and had a penchant for the ever-evolving world of electronics. After a short stint in the United States Air Force, my father married my mother, settled down in central New York, and, before long, the first “Pelicano Pizza” was created.

​Details of the origins of “Pelicano Pizza” are unclear and perhaps unimportant to this story because this is neither the story of a man or even of pizza. This story is about the effect that tradition has on family, how its practice communicates the spirit and values of a person, and how it brings people together.

​My father began building his personal “empire” right away; my oldest brother was born ten months after my folks wed. Family, quality time, hard work and kindness were the values that my soft-spoken dad lived on a daily basis. He worked for GE his entire career and supplemented his income by working in a TV repair shop a few evenings each week. Dad had to work hard because his empire grew into a household of 10.

​He instituted “Pelicano Pizza Night” early on in his marriage, first for his wife and himself, then for his ever-growing family. Pizza-making quickly became a way for my hardworking father to spend quality time bonding with his children.

​Throughout my childhood, my mother would take a well-deserved break from kitchen duties two nights a week, while Dad, my siblings and I got to work. Time spent with my father in the kitchen was a precious gift. We had conversations, told stories, sang silly songs, and learned to work in the kitchen with efficiency and cleanliness.

​The Pelicano Pizza recipe was simple and inexpensive for a large family. The homemade dough was made in advance to sit and rise for an hour, then rolled and pressed onto a greased cookie sheet. Spices were added to tomato sauce, cheese was hand-grated, sausage and mushrooms fried, and onions and peppers chopped. When it had been assembled and slid into the oven, I would sit on the kitchen floor and watch with anticipation as heat would convert our creations to a bubbly golden-brown and fill our home with the wonderful aroma of our family tradition.

As his children began to have families of their own, the new members were introduced to and welcomed by this tradition, almost as a delicious rite of passage. Each new family has continued the tradition and given it their own twist and “flavor.”

​My own home has become a domestic pizzeria. I am a self-declared “pizzaiolo.” My own family works hard to personalize our pizza and continually looks for new ways to create not just the best Pelicano Pizza we can but to renew and continue the spirit my father inaugurated over 60 years ago.

​Dad’s original Pelicano Pizza recipe has been modified variously (even wildly) by his progeny for decades, but I have come to realize that his “secret ingredient” (which was never written down) has remained the same: FAMILY. To us, pizza means family. It means a tradition of a loving, happy activity in which each of us gives something and receives everything.

​My father built an empire out of nothing: eight children, 44 grandchildren, and I’ve lost count of the great grandchildren. He may be gone, but his spirit lives on and deliciously binds our families together using something as simple as pizza.