Seeing is believing, but it’s not always essential to good pizza-making. Tim Enad, a young pizza maker at Piazza Orsillo in Somerset, New Jersey, proved that recently when he “bird-boxed” a cheese pizza in less than three minutes.

A video, posted on the pizzeria’s Facebook page, captured the feat. Inspired by the Netflix film, “Bird Box,” owner Damiano Orsillo tasked Enad with making the pizza while blindfolded. In the movie, Bullock must protect her children against a mysterious evil force while wearing a blindfold. “Bird Box” has become an international sensation viewed by 45 million in its first week on Netflix, the company reported. 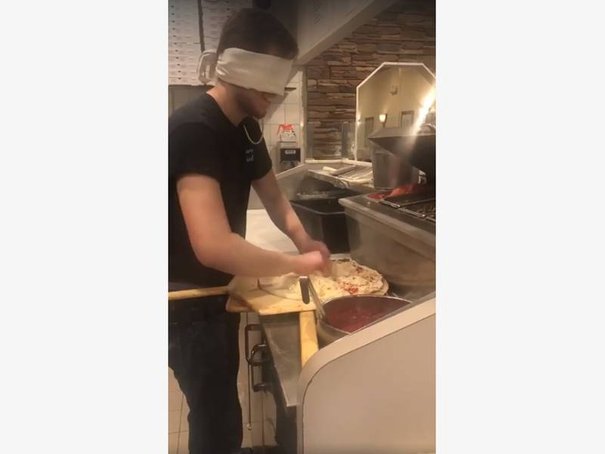 Since the movie came out, the “Bird Box Challenge” has become a viral trend, with people attempting various feats while blindfolded—including stupid ones, like driving.

The Piazza Orsillo video has earned 16,630 views on Facebook since it was posted January 4. The original post garnered 10 comments, 72 reactions and 49 shares. It probably would have performed better if Piazza Orsillo posted regularly on its Facebook page. Unfortunately, the video was the pizzeria’s first post since August 10.