Pizza maker Frank Giaquinto once made a pie for the King of Rock and Roll. - PMQ Pizza Magazine 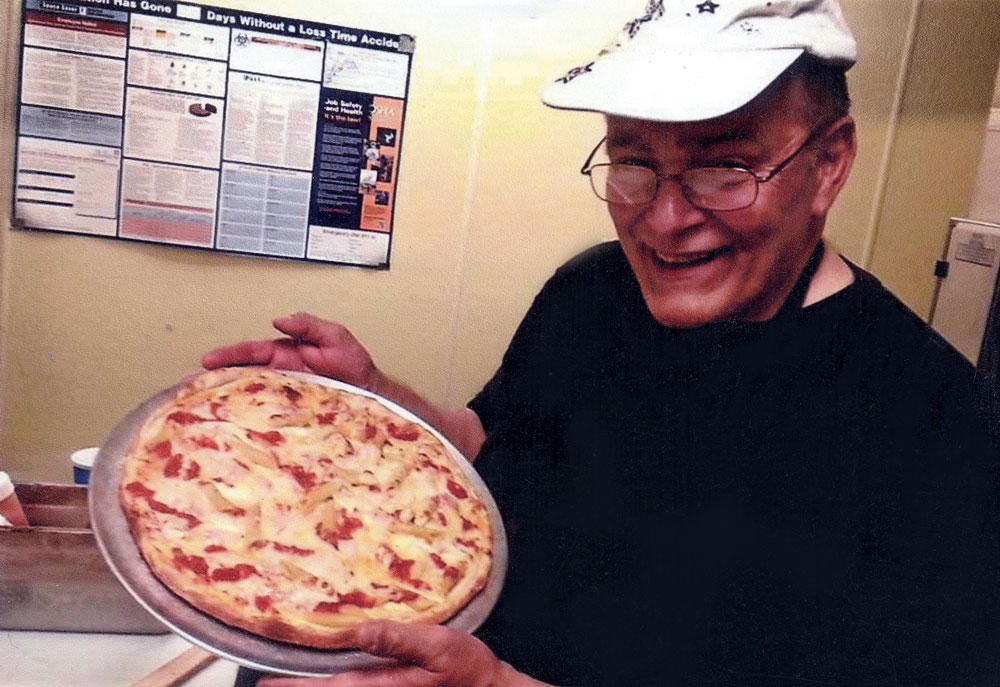 Frank Giaquinto was born into the pizza business. A third-generation pizzaiolo from the Bronx who has co-owned a pizzeria and worked in many others, Giaquinto also has a claim to fame that most pizza makers could only dream of: He once made a pie for a king—the King of Rock and Roll, no less.

That was forty years ago, mind you, and Giaquinto, who was born in 1953, was just hitting his stride. Now, after nearly 50 years in the business, most people would want to retire, but Giaquinto keeps moving forward. He took a new job this January with Mick’s All American Pub (micksallamericanpub.com) in Lancaster, Pennsylvania.

“He is really dedicated to pizza,” says David Andresen, executive chef for Mick’s All American Pub, which also has locations in Mount Joy and Lititz, Pennsylvania. “I’ve never met someone who really loves making pizza so much and eats it every day. He’s also a funny guy and has some great stories.”

When Giaquinto’s training started at Mick’s, the staff quickly realized he still knows his way around a pizza kitchen. “I can ask him to make a pizza, and I turn around and it’s done in less than 30 seconds,” Andresen says. 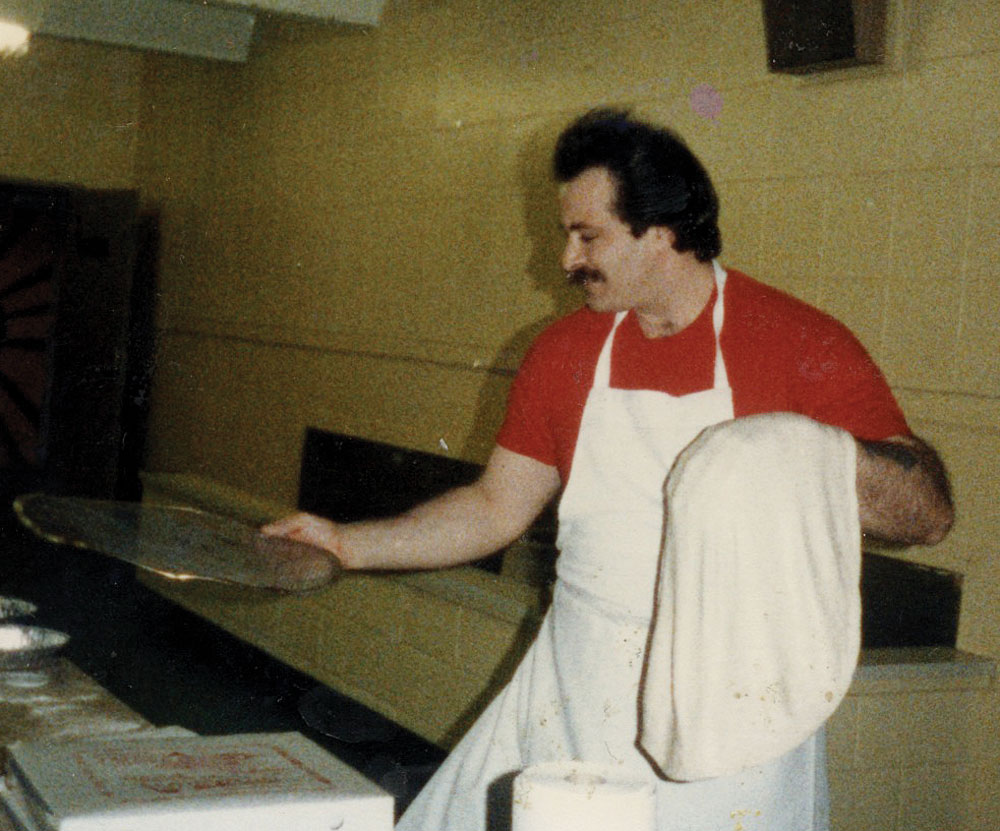 Giaquinto got his pizza making start in the 1960s, watching his brother spin dough. Their dad, Vincent Giaquinto, owned Quinto’s, a pizzeria in the Bronx, where he worked until his death in 1962. Frank’s older brother, Vincent, took over the reins and trained his siblings in the business. “I learned [pizza making] in 1966,” Giaquinto recalls. “I used to fold boxes and then fall asleep in the booth. I was 12 years old. Later, my four brothers, my mom and I had a place on Long Island, Jovini’s Pizza, until 1972. I loved making pizza from the first time I started. I was so proud.”

But one of his proudest moments came in 1973, when Elvis Presley came to town. By this point, Giaquinto had moved on to a job at another pizzeria, and, as luck would have it, the King himself was playing a show at the Nassau Coliseum in Uniondale, New York. “I was given the pizza order at the time,” Giaquinto says. “I was working at Joe’s Pizza in Woodhaven, New York, and it was my first barbecue chicken pizza.”

Now in his early 60s, Giaquinto says he has made more than 1 million pizzas—1,250,000, to be more exact—and the number keeps growing as he whips up an additional 500 pies per week. “I just liked it from the first day,” Giaquinto says. “It is the one thing in my life I know how to do.”

Giaquinto has seen plenty of changes in the business over the years. “My dad would drizzle oil on the pizza, but today that looks greasy,” he notes. “Back then, you came in for a slice of regular or pepperoni. Now there are…thousands of types of pizza.”

“I used to fold boxes and then fall asleep in the booth. I was 12 years old. Later, my four brothers, my mom and I had a place on Long Island, Jovini’s Pizza, until 1972. I loved making pizza from the first time I started. I was so proud.”

Giaquinto says he urges fellow pizza makers to stick with the old-school methods whenever they can. He has trained more than 100 pizzaiolos in the business and always gives them the same advice. “I would insist on as little flour as possible,” he says. “Flour has no taste. Too much flour is no good and burns on the brick of the oven.”

He used to be impressed with the famous McDonald’s sign that said, “Over 99 Billion Served,” until he thought about the numerous pizzerias he has seen or eaten at in the United States. “No disrespect to McDonald’s, but we surpassed 99 billion slices many moons ago,” Giaquinto says. “The slice has come a long way, I tell you. Even when the economy is bad, everyone has a few dollars for a slice of pizza.”