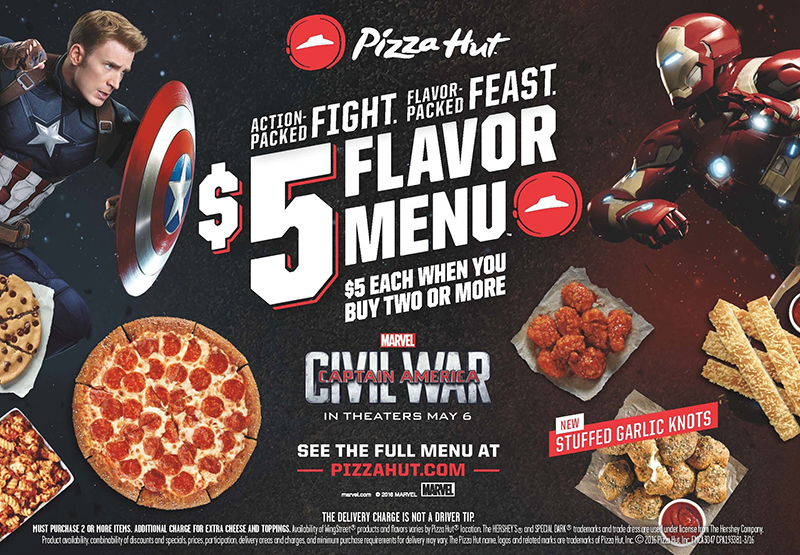 Pizza Hut made industry-wide headlines in late 2014 when it unveiled its new, expanded “Flavor of Now” menu. It featured a plethora of gourmet-style pies made with high-end ingredients, 10 crust options and four drizzles. You could order a pizza with a Honey Sriracha sause base—topped with grilled chicken, pineapple, jalapeno peppers and Peruvian cherry peppers—or a reduced-calorie “skinny” pie, such as the Skinny Club (garlic parmesan sauce, ham, diced tomatoes and spinach with a toasted Asiago crust).

The bold move seemed to suit the evolving tastes of American consumers, who were reportedly clamoring for high-quality artisanal fare. But the new menu’s sales famously tanked, generating even more headlines that weren’t quite so positive for the mega-chain.

Now Pizza Hut has a new philosophy, albeit not a particularly original one: “easy beats better.” In December 2015, Greg Creed, CEO of the chain’s parent corporation, Yum Brands, said he wanted to make Pizza Hut more like the car-hailing service Uber. “If you think about the Uber experience, it’s easy to use, it’s easy to pay, it’s very easy to track,” Creed told the Associated Press. He added that convenience trumps quality for today’s consumers, and that’s where Pizza Hut was falling short.  As BusinessInsider.com recently put it, “Pizza Hut executives realized the chain had focused too much on making pizza that customers enjoyed instead of cutting delivery time.”

With a renewed focus on faster delivery and online ordering and the addition of a loyalty program tied to its mobile app in November, Pizza Hut has seen a fast payoff—it reported a growth of 2% in same-store sales in the fourth quarter of 2015 and 5% same-store sales growth in the most recent quarter. On Super Bowl Sunday, the company sold nearly $12 million in food on digital platforms alone, up from around $10 million from 2015. More than 60% of those online orders were placed through mobile Web browsers or through the Pizza Hut app.

The company is working on new innovations of its own, too, including Visible Promise Time, which lets customers know what time their pies will be prepared, ready and delivered before they place their order. Another service in the works would allow customers to track the delivery driver’s progress via GPS. And Pizza Hut has reported great success with its new $5 Flavor Menu, which it's cross-promoting with the upcoming Hollywood blockbuster movie, Captain America: Civil War.

But that doesn’t mean the company has given up altogether on boosting the flavors on its menu. Its latest addition: bacon-stuffed crust, made with applewood-smoked bacon, is sure to be a people-pleaser.